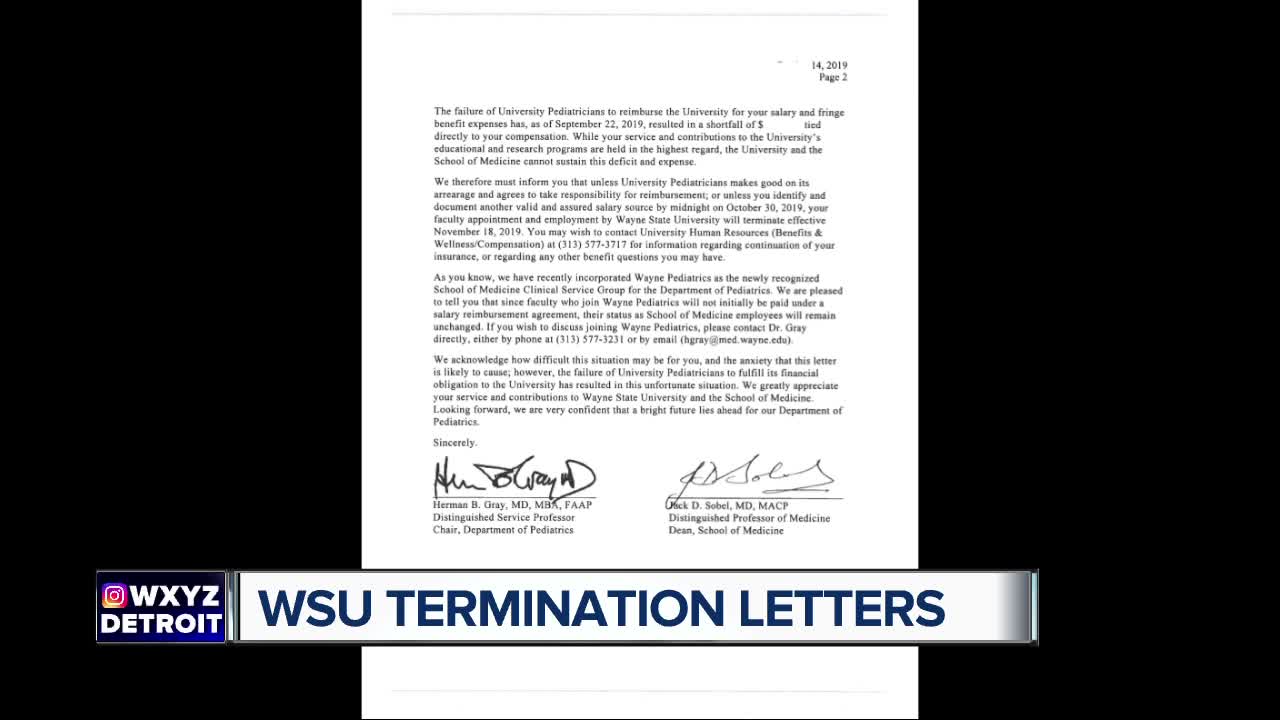 Wayne State University has sent termination letters to over 100 pediatricians they had still been paying months after the doctors group, University Pediatricians, signed on with Central Michigan University to be their academic partner.

DETROIT (WXYZ) — Wayne State University has sent termination letters to over 100 pediatricians they had still been paying months after the doctors group, University Pediatricians, signed on with Central Michigan University to be their academic partner.

The nasty break in the relationship is said to be about control and Medicaid money.

University Pediatrics began a new partnership with Central Michigan University earlier this year, making the pediatricians at Children's Hospital of Michigan faculty members of the school 150 miles away in Mount Pleasant.

Wayne State had still been paying the physicians a salary for being their members of their faculty staff. Dr. Gray said University Pediatricians stopped reimbursing Wayne State the salary money in February.

Dr. Gray said they still expect University Physicians to reimburse them - a sum that is now nearing $20 million - and they have filed a lawsuit to get the money.

University Physicians reportedly believes Wayne State owes them millions and it may take a judge to decide which entity should be coughing up the money to the other.

Click on the video to hear more about the dispute and ending of a long-standing academic relationship.

University Pediatricians has, so far, not responded to our request for comment.

A DMC spokesperson for Children's Hospital released the following statement to 7 Action News:

Children’s Hospital of Michigan has had a long standing and valued relationship with University Pediatricians. We look forward to continuing to work together as we seek to provide the highest quality and most compassionate care to children all across Michigan and beyond.