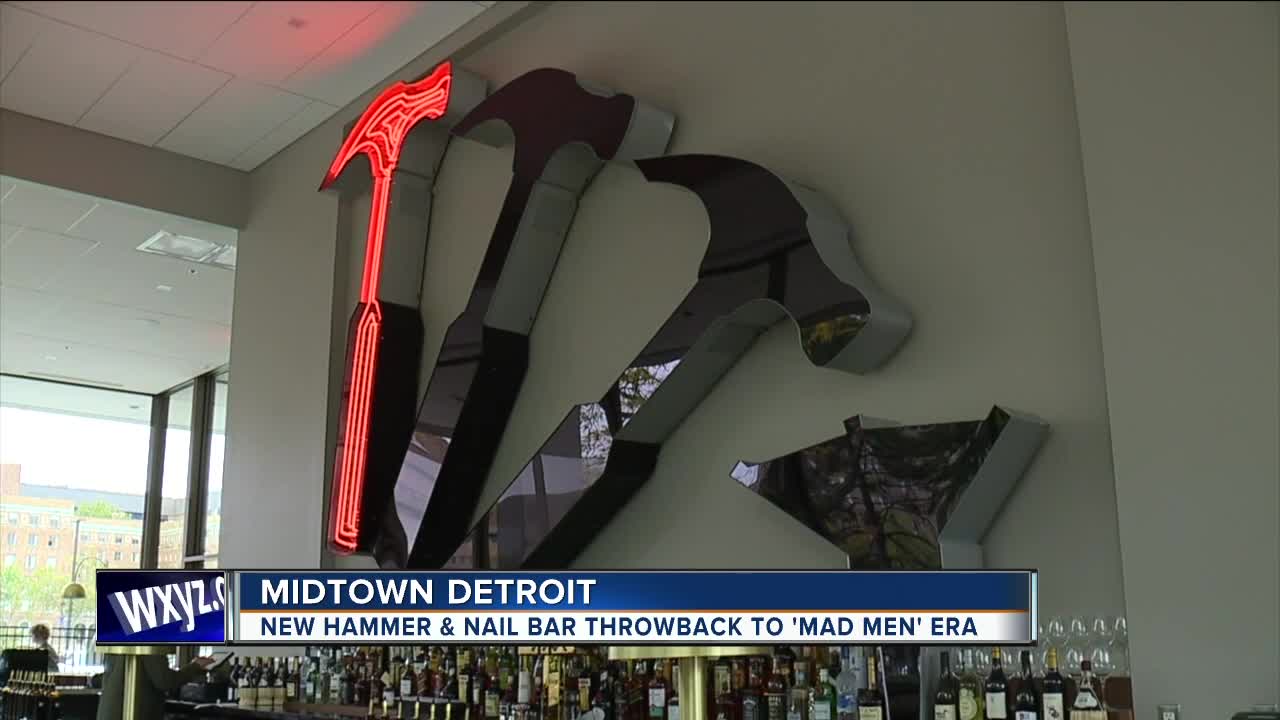 A new bar in the once iconic midtown high rise dubbed the Hammer &amp; Nail building is paying homage to the era.

DETROIT (WXYZ) — A new bar in the once iconic midtown high rise dubbed the Hammer & Nail building is paying homage to the era.

The building was converted to apartments a few years ago and now, the cocktail bar on the first floor on Woodward will be opening this week.

Whether you like your drinks shaken or stirred, every glass serves up some nostalgia.

Hammer & Nail cocktail bar is opening inside The Plaza apartment building. It has a 1960s mid-century modern theme.

The drink list will have cocktails popular in that time period.

You may remember we were here in 2016 when the Roxbury Group purchased the building once nicknamed The Hammer & Nail because of the iconic lighted sign.

The carpenter’s union was once headquartered on the top floor.

DiRita says many people wanted to see the lights stay.

“I wouldn’t call it hate mail,” he says. “But the community certainly had a point of view and we said from the very beginning, we would find a proper way to honor that legacy.”

So, they put it on the wall.

From the furniture to the light fixtures, they are trying to make it feel like the bar was born when the building was built.

“To have it feel like it was always here,” DiRita says. “As if this bar was here in 1966 and is here still today.”