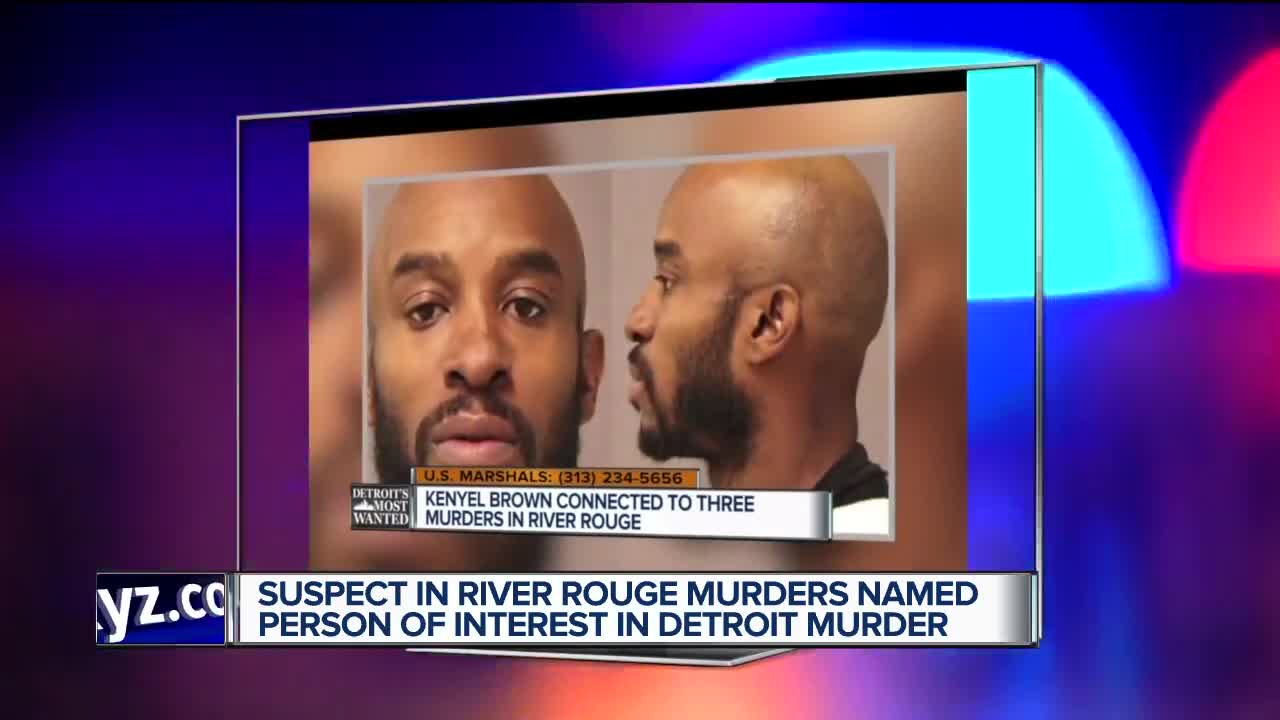 A man who was featured as one of Detroit's Most Wanted as a suspect in a double murder in River Rouge is also a person of interest in an overnight homicide in Detroit, U.S. Marshals say

DETROIT (WXYZ) — It was no surprise that Amir Thaxton, 41, was working late Thursday night. The father of two was known for working hard to provide for his three children, said friend and colleague Rufus Hester.

Thaxton was a graphic artist at Next Level Custom Apparel on Eight Mile Road near Gratiot Avenue on Detroit's east side. And Thaxton was the man behind the brands Gorilla Hustle and Beautiful Hustle.

Thaxton was found shot to death shortly after 11 pm.

@detroitpolice is looking for Kenyal Brown, a Person of Interest who may have info to a homicide that occurred in the 16000 block of E. 8 Mile. Last seen driving a ‘08-‘12 black Dodge Caravan Texas plate NXL7787. pic.twitter.com/AUcg5FfTiQ

On Friday, Detroit Police and U.S. Marshals announced they were looking for 40-year-old Kenyel Brown as the person of interest in the killing.

7 Action News featured Brown last week as one of Detroit's Most Wanted. U.S. Marshals have been looking to apprehend Brown on a warrant for two murders in River Rouge in late January. He is also suspected in another killing in River Rouge from December.

Investigators think Kenyel Brown has been low on cash and that he went to the custom apparel store where Thaxton was working to get some money. Police believe the two men may have been acquaintances.

Detroit Police believe Brown stole the black Dodge Caravan that Thaxton drove to work. It has a Texas license plate of NXL 7787.

River Rouge Police said they have information that Kenyel Brown likes to shoot when he's high or gets angry.

U.S. Marshals are now offering a $10,000 reward for information that leads to Brown's arrest.

Court records show Brown has a long criminal history that began over 20 years ago and it includes weapons, narcotics and fleeing police.

Brown was charged with Second Degree Murder in 2000 but it was dismissed and he pleaded guilty to fleeing a police officer.

Anyone with information about Kenyel Brown’s whereabouts is urged to contact U.S. Marshals at 313-234-5656 or Crime Stoppers at 1-800-Speak-Up.