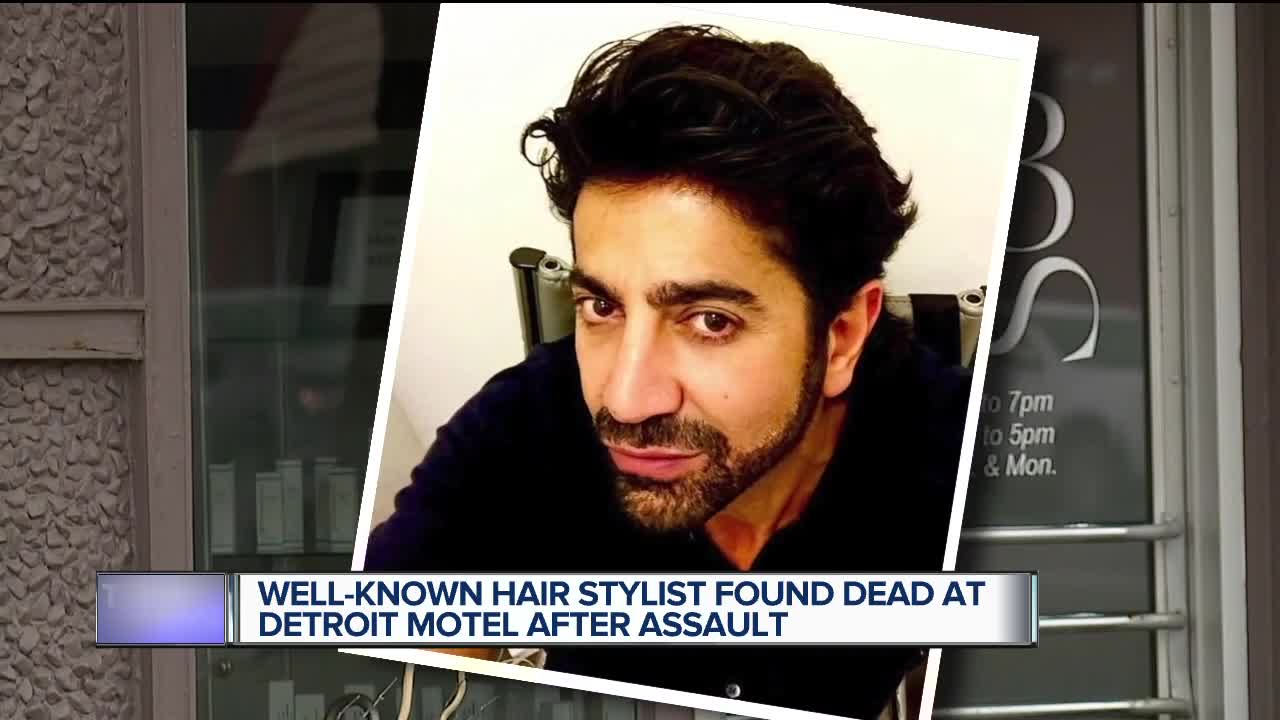 A 22-year-old male suspect has been taken into custody in connection to the fatal assault at Detroit motel Tuesday night.

Sources told 7 Action News that there were signs of a struggle inside the motel room at the JZ Motel on Eight Mile Road where Bashar's body was found by a worker.

7 Action News has learned that the suspect is a security guard for GardaWorld Security Services and he was assigned to Brewery Park.

Detroit Police placed the 24-year-old under arrest at 9:40 a.m. Wednesday, about 12 hours after Bashar's body was found.

GardaWorld had no comment on their employee who was arrested at the guard gate for Brewery Park where there are offices for ATF.

Detroit Police Chief James Craig said investigators believe Bashar met the suspect through a dating app and that Bashar paid a rideshare service to drive the suspect to the motel.

Bashar checked in to the motel just before 6 p.m. Tuesday. The suspect arrived about 40 minutes later.

"We believe the suspect stayed for several hours and it was hotel staff that checked the room and found the deceased," Chief Craig said during a press conference with reporters Wednesday afternoon.

Craig said Green Light surveillance cameras at the motel were key to detectives being able to quickly identify the suspect.

That suspect is already on probation for a 2017 unarmed robbery out of Detroit and he has also been convicted of resisting/obstructing police in Wayne County.

After the murder, police said Bashar's killer is seen on surveillance video leaving the motel on foot.

Bashar, who has a son, is well known for his creativity in the hair industry and he's been featured in articles in Vogue and Allure.

The Birmingham salon he operated out of remained closed Wednesday.

On his website, "Bashar Artiste," it says he is the son of Catholic Iraqi immigrants who came to the United States when Bashar was just three-years-old.

We’re told some of Bashar‘s items were stolen but police are not ready to nail down robbery as the motive or release any more details about the case.

Detroit Police are continuing to investigate the killing.

Anyone with any information is urged to contact homicide detectives at 313-596-2260.