Source: Days before suspect killed Officer McClain, he targeted some of his own friends 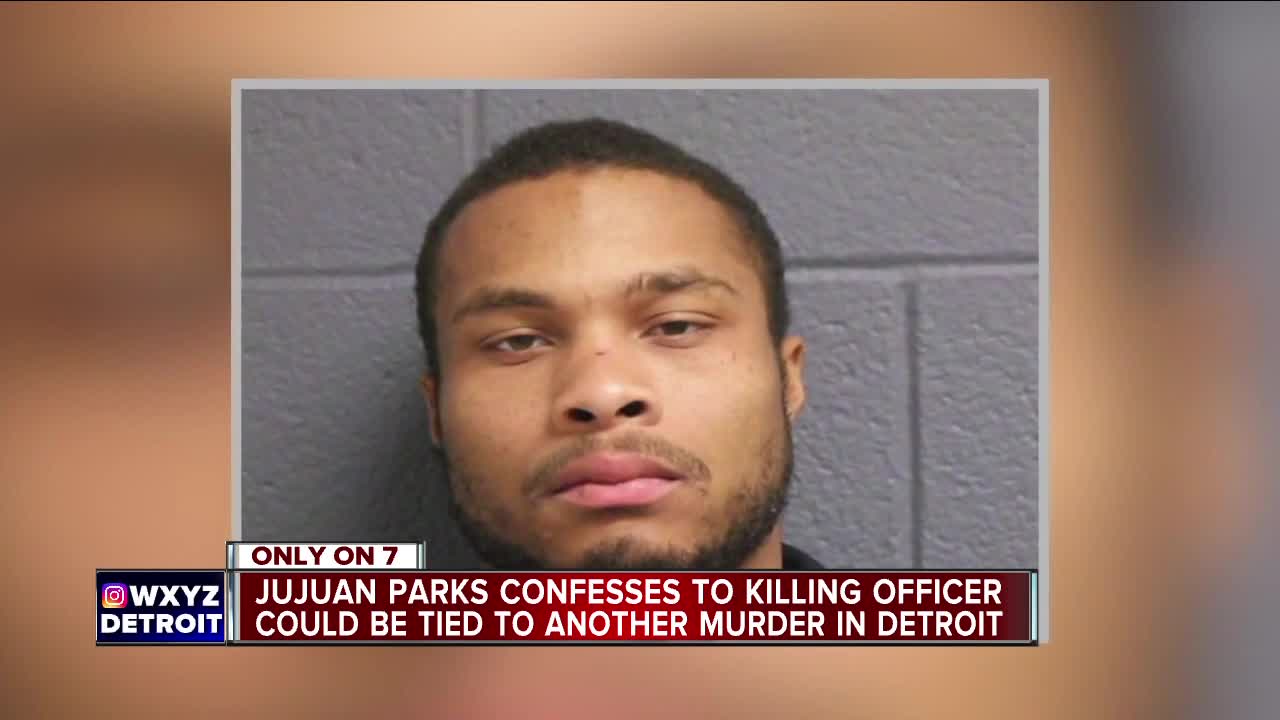 Sources are telling 7 Action News that Jujuan Parks has confessed to killing Officer McClain, while we are also learning he could be tied to another murder in the city.

DETROIT (WXYZ) — "When he missed time with his son, we knew something was wrong," said Candace Loyd whose brother, 32-year-old Nathaniel Loyd went missing in mid-November. And now sources are telling 7 Action News that police shooting suspect JuJuan Parks is believed to be behind Nathaniel's murder, too.

Nathaniel's body was found the day before Thanksgiving in a vacant building on Devine Street near French Road on Detroit's east side.

Nathaniel, who leaves behind a young son, died from multiple gunshot wounds. And the vacant house where his body had been dumped is just a street over from a house where JuJuan Parks had been squatting.

A source tells 7 Action News JuJuan Parks was friends with Nathaniel Loyd and Christian Calhoun, and that it's believed that Parks wanted to kill them both because he wanted revenge after a woman he'd been dating told him that some of his friends had mistreated her. The woman reportedly lied.

After allegedly killing Nathaniel, it's believed JuJuan Parks then shot a 22-year-old man he thought was Christian Calhoun at 7 Mile and Wyoming. The victim in that shooting survived.

The next day, Christian and his brother Dontez met up with Parks who then allegedly shot them both on Knodell Street. After the shooting, it's believed Parks drove the car the Calhoun brothers were in and parked it on Harding Street and walked away.

Dontez Calhoun died from his injuries, but Christian survived and couldn't understand why his friend would open fire on them.

Two days after the brothers were shot is when Detroit Police Officer Rasheen McClain was shot and killed.

McClain and three other officers were entering a house on Wyoming to search for an intruder. Police said the man inside was JuJuan Parks.

The woman he'd been dating did not live at the house on Wyoming but she often visited people who do reside at that location.

Sources said JuJuan Parks has confessed to the shooting that took the life of Officer McClain and injured his partner.

On Thursday, Parks is set to be arraigned on multiple charges including First Degree Premeditated Murder in the killing of Officer McClain.

Police are continuing to investigate the other shootings, including the murders of Nathaniel Loyd and Dontez Calhoun.

"Whoever did it, I just hope that they get the maximum punishment," said Nathaniel's sister, Candace. "I just feel like they should just really sit for the rest of their life and think about what they did and these families that they hurt."

Candace said her brother was looking forward to starting a new job and he was dedicated to raising his son and making sure he got an education.

Nathaniel's body was not discovered until last week. His family has started a GoFundMe account to raise money for his funeral. Click here if you'd like to help them with a donation.