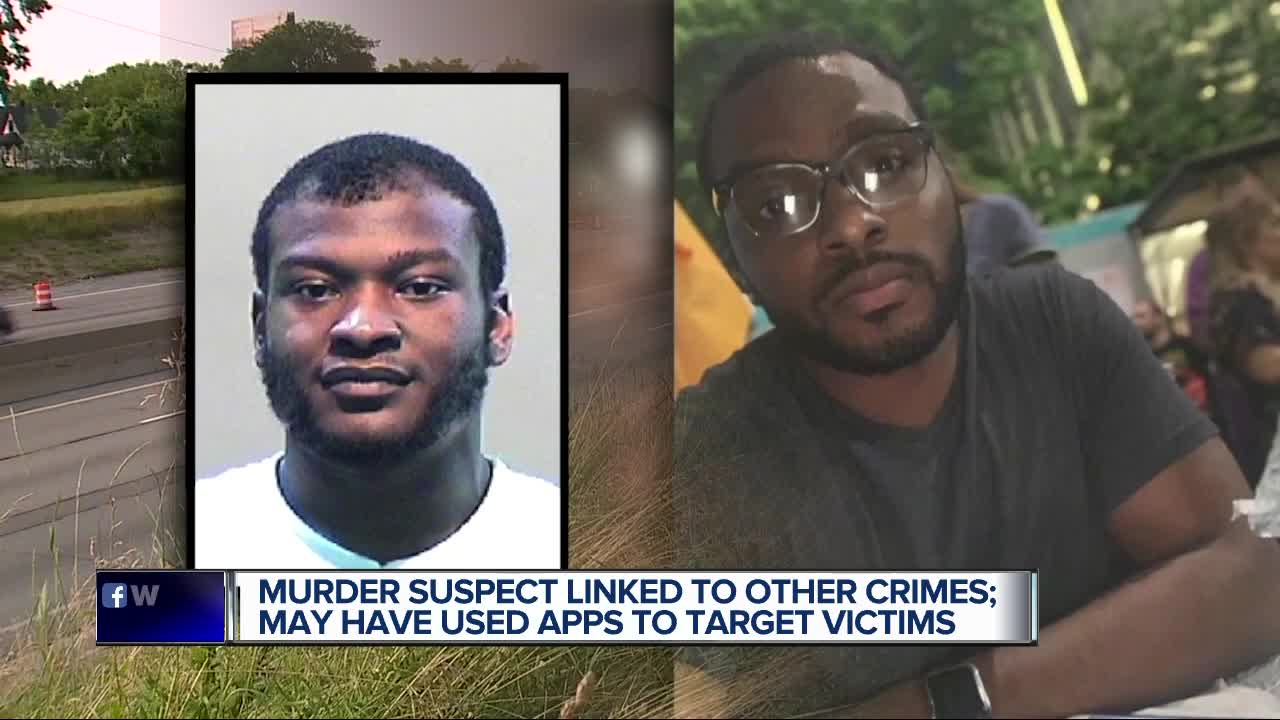 Police say they have linked a murder suspect to other crimes and that he may have targeted his victims through apps.

DETROIT (WXYZ) — Demetris Nelson, 26, has been charged with the murder of aspiring minister, Brian Anderson. And Nelson, who uses the alias of Lamont Dashield, is also suspected of being involved in a home invasion in the area of Outer Drive and Alter Road where a 12-year-old boy was sexually assaulted on June 28.

A warrant has been signed charging Nelson with multiple crimes including Felony Murder and Assault with Intent to Rob while Armed. He could be arraigned as early as Friday in homicide case.

Under his alias, Lamont Dashield, Nelson has already been arraigned in another case on multiple charges that include Armed Robbery. His bond was set at $200,000 cash or surety.

Sources tell 7 Action News that Nelson confessed to using various social media apps, including Grindr, to target dozens of people to rob them.

And just about two hours before he allegedly killed Anderson and critically wounded another man, Nelson allegedly used a firearm to rob a man he met on an app.

Anyone believed to have been targeted by Nelson is urged to contact their local police department.