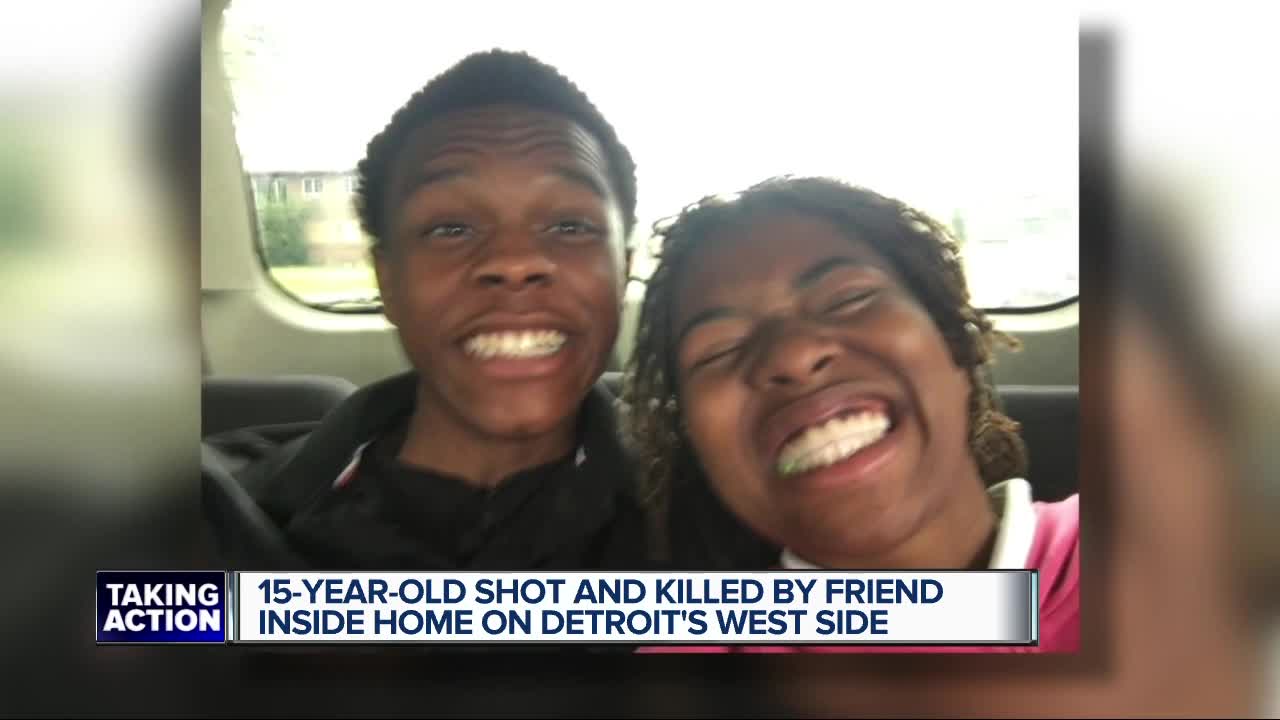 Family and friends are mourning the loss of a 15-year-old who was shot and killed inside a Detroit home.

DETROIT (WXYZ) — Jaminique Conway called her son, Christian, her "Christmas gift" when he was born on December 25. But early Sunday, Christian, now 15-years-old, died after he was shot and killed by a friend, according to his grandfather who talked to 7 Action News Monday.

"I never thought they'd have a gun on them," said Steven Marshbanks, Christian's grandfather, about the teen accused of killing Christian.

The boys were good friends and liked playing basketball together at the abandoned school down the street.

"You know they be wearing these book bags. I never thought they'd be carrying stuff like this," said Marshbanks. "I thought it just be books in there."

Marshbanks said, initially, the teen suspected of fatally shooting his grandson blamed it on a drive-by shooter. But that was a lie.

Marshbanks said the teen later admitted to police that he shot Christian and claimed it was an accident.

"Christian was a bright young man," said his grandfather. "He liked basketball and he loved his family."

Detroit Police said their investigators are still trying to determine if the fatal shooting was an accident or intentional.

The teen who is accused of pulling the trigger was taken into custody.

A spokesperson for the Wayne County Prosecutor's Office said they expect to have a decision on what charges the teen may face later this week.