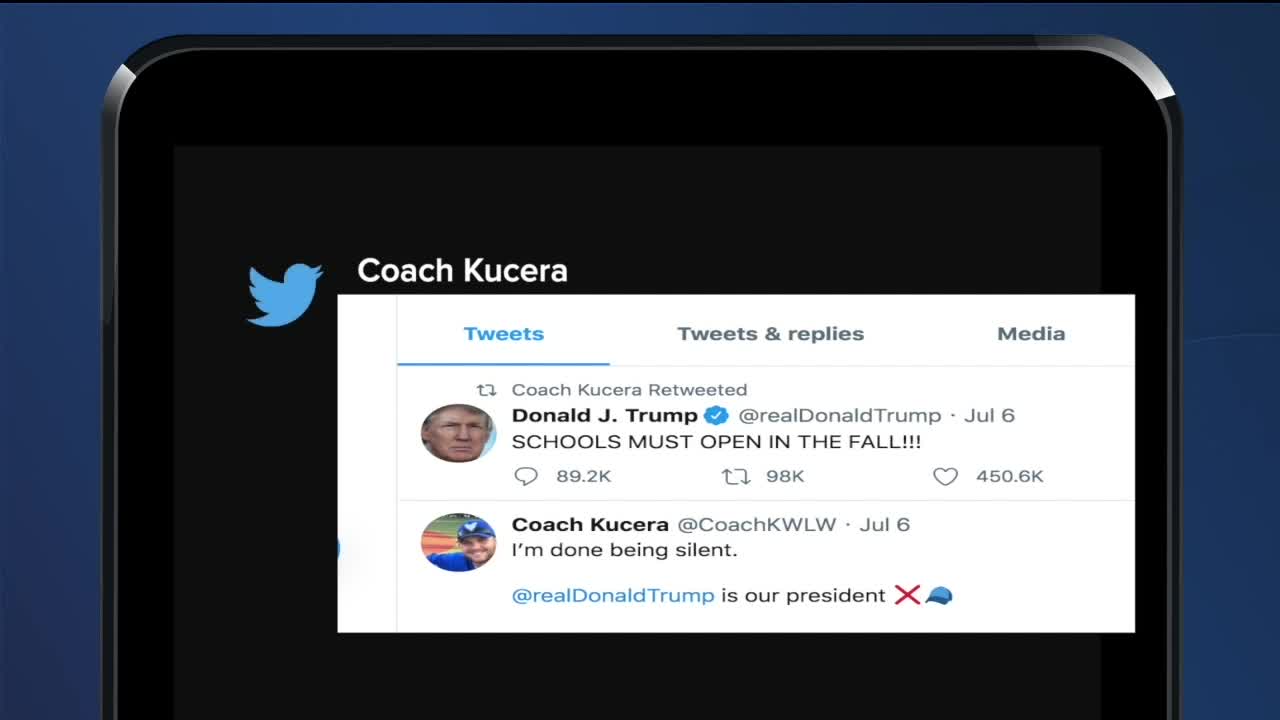 Justin Kucera says he retweeted President Trump’s tweet back on July 8 that schools must open in the fall. Then he added, “I’m done being silent. Trump is our president.” 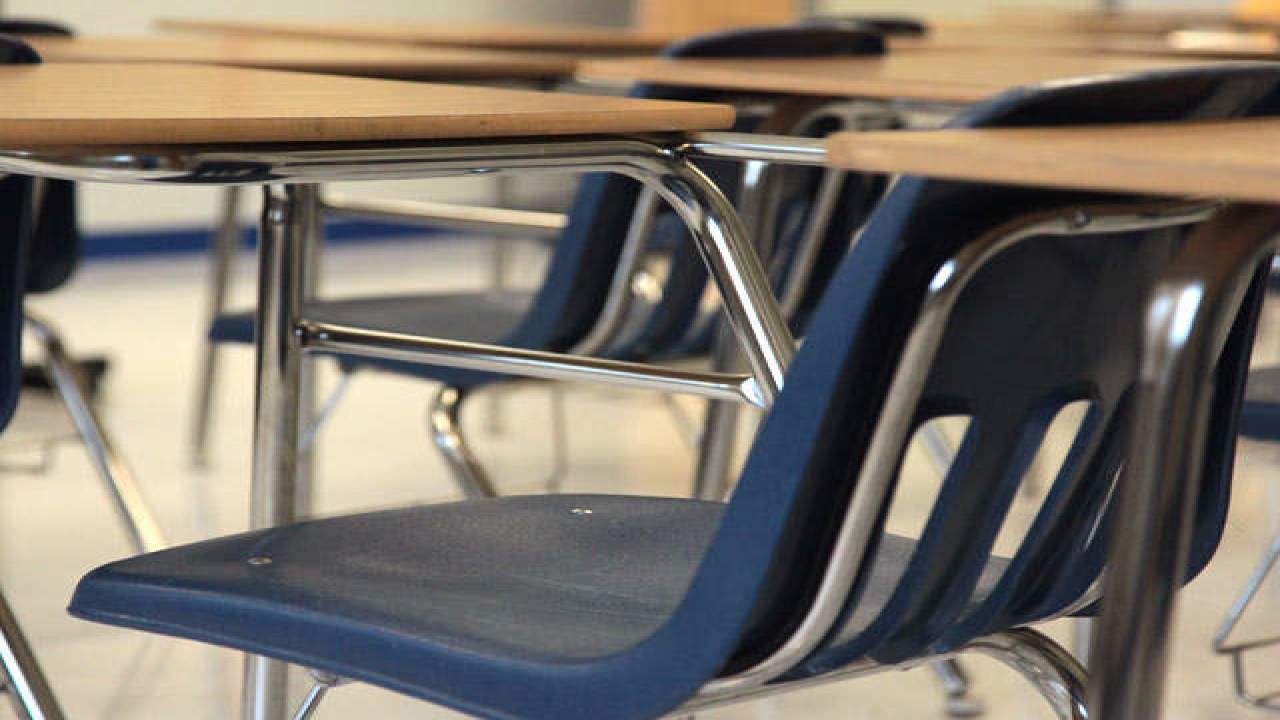 WALLED LAKE (WXYZ) — Justin Kucera says he retweeted President Trump’s tweet back on July 8 that schools must open in the fall. Then he added, “I’m done being silent. Trump is our president.” He says he was called into two meetings with the school district's human resources and teacher union representatives. He was told he could resign or be fired.

The school is now responding saying Kucera's support of Trump was not a result of his removal.

“As Americans we should be rooting for the president of the United States regardless if we agree with him or not," Kucera said. "Because if he does well it means the whole country is doing well. And it just to me seems like there’s so many people rooting for him to fail.”

"Thank you for your inquiry – accurate information is essential. Please know that no disciplinary action was taken as a result of any support of President Trump and we are unable to comment on specific staff discipline and personal matters."

Then a second statement later in the day:

"As a matter of policy and practice, Walled Lake Schools does not comment on current and/or former employees as it relates to specific personnel issues.

These are difficult times in our community and across our country. When issues arise there’s a temptation to view items through the lens of our fractured political discourse. Walled Lake encourages students and staff members to engage each other with mutual respect and civility.

We believe in the power of education and critical thinking. We believe vigorous community discussion, done with civility and mutual respect leads to productive and innovative outcomes. In the Walled Lake Schools’ educational setting, we encourage positive discourse and working together to make decisions that benefit our community.

Kucera says the district was worked about community push back with him now in the center adding, “I never brought it into the classroom. And that’s the truth. And students and parents will vouch for me on that.”

The Walled Lake School Facebook page has been flooded with comments but some were taken down because school officials said they went too far. Kucera says this is part of the national divide and sensitive society.

“The facts that this type of reaction is happening and even puts the district in that position is crazy,” he said.

Kucera says the teachers’ union is not helping him but people in the community are. A protest is planned for later in the week.

Additionally, as 7 Action News was preparing to go live in front of the school, a parent saw us and stopped to talk with us.

He gave us this screenshot of the teacher's Twitter page that shows what appear to be deleted Tweets including "liberals suck man".