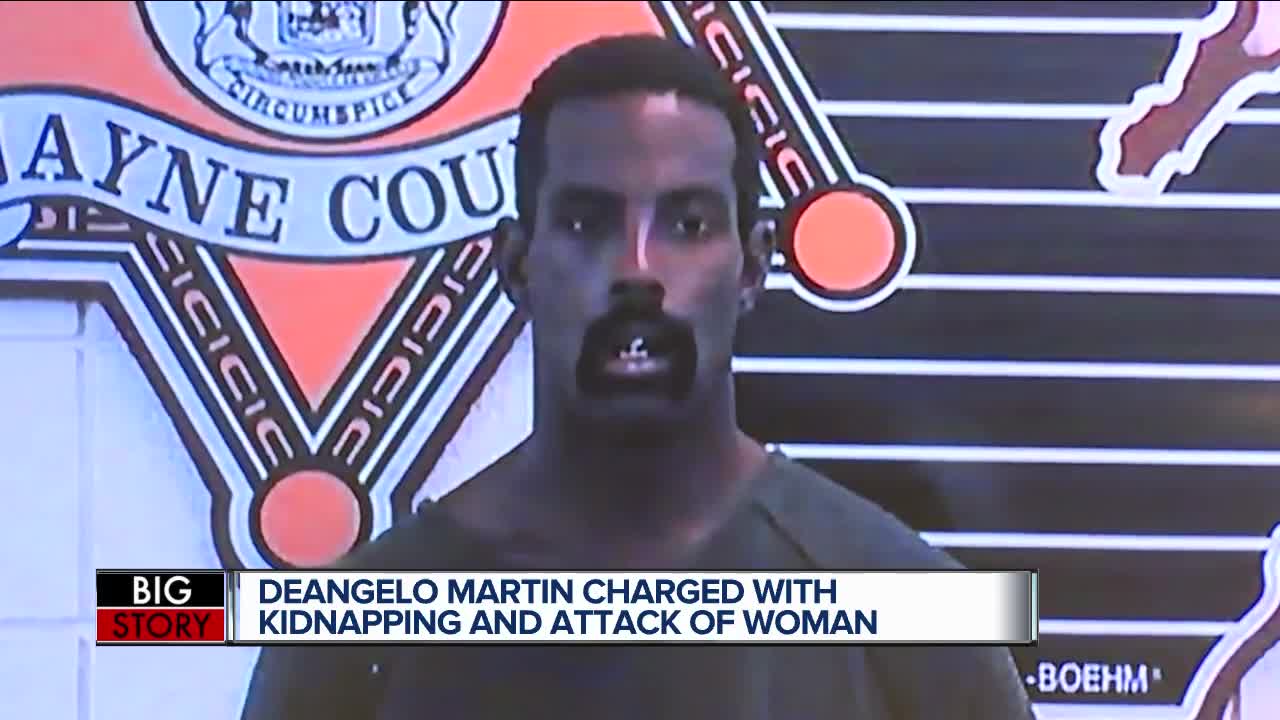 "I'm ready," said one of Deangelo Martin's alleged victims after Martin was arraigned in her case on multiple charges including Kidnapping and Assault with Intent to do Great Bodily Harm by Strangulation.

DETROIT (WXYZ) — "I'm ready," said one of Deangelo Martin's alleged victims after Martin was arraigned in her case on multiple charges including Kidnapping and Assault with Intent to do Great Bodily Harm by Strangulation.

Detroit Police said the woman survived an attack on June 3 when Martin dragged her into a house on Mack Avenue near Mount Elliott on the city's east side.

We are not naming the woman, but she said she's ready to go to court. "He really messed my life up."

During his arraignment via video, Martin didn't say much other than his name and acknowledging that he understood his rights to remain silent.

"He's probably the most dangerous person of the community at this time," Wayne County Assistant Prosecutor William Lawrence said Wednesday when asking the magistrate to order Martin held without bond in the newest charges against him.

Martin, a suspected serial killer, has not been charged with murder, but prosecutors said they are reviewing two warrant requests against Martin for Homicide.

Martin is suspected of killing two women, Annetta Nelson and Deborah Reynolds, in 2018. And he's also suspected in the killings of Nancy Harrison, Travesene Ellis, and Tammy Jones in 2019.

Last week, Martin was bound over for trial on charges stemming from the alleged sexual assault and attempted murder of a woman in early May. That alleged crime took place at the home of his own grandparents.

Sources said it's only a matter of time before murder charges are brought against Deangelo Martin.

In the two cases in which Martin is currently charged, he's been remanded (denied bond).