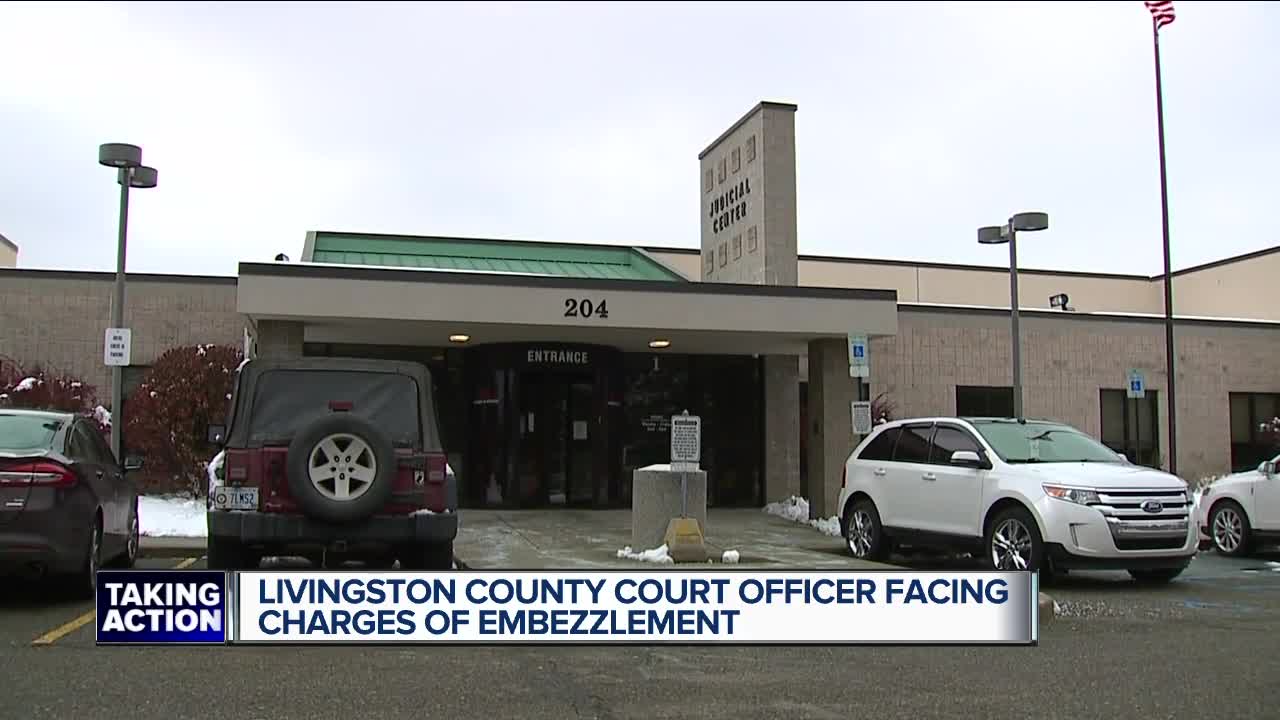 HOWELL, Mich. (WXYZ) — Gary Flanary was working as a court officer for the 53rd District Court in Howell when he allegedly used that position to steal thousands of dollars that were meant to satisfy judgments in civil cases.

Flanary is now charged with 12 felony counts of Embezzlement by a Public Official.

In 2017, several grievances were filed with the Michigan Court Officers, Deputy Sheriffs and Process Servers' Association (MCODSA) against Flanary who was one of their members.

The grievances alleged that Flanary "failed to turn over proceeds from court ordered seizures."

In a statement, officials with the MCODSA said that after their investigation, "it was determined that they should be turned over to law enforcement for further investigation."

There are about a dozen alleged victims listed in the case.

7 Action News reached out to Flanary and his attorney for comment, but, so far, they have not responded.

John Hays, a director with the MCODSA, told 7 Action News, "Our association is made up of the most honest, truthful people I know, truthfully. So, I've never seen anything like this."

Garry Flanary was given a personal bond. He's due back in court later this month.