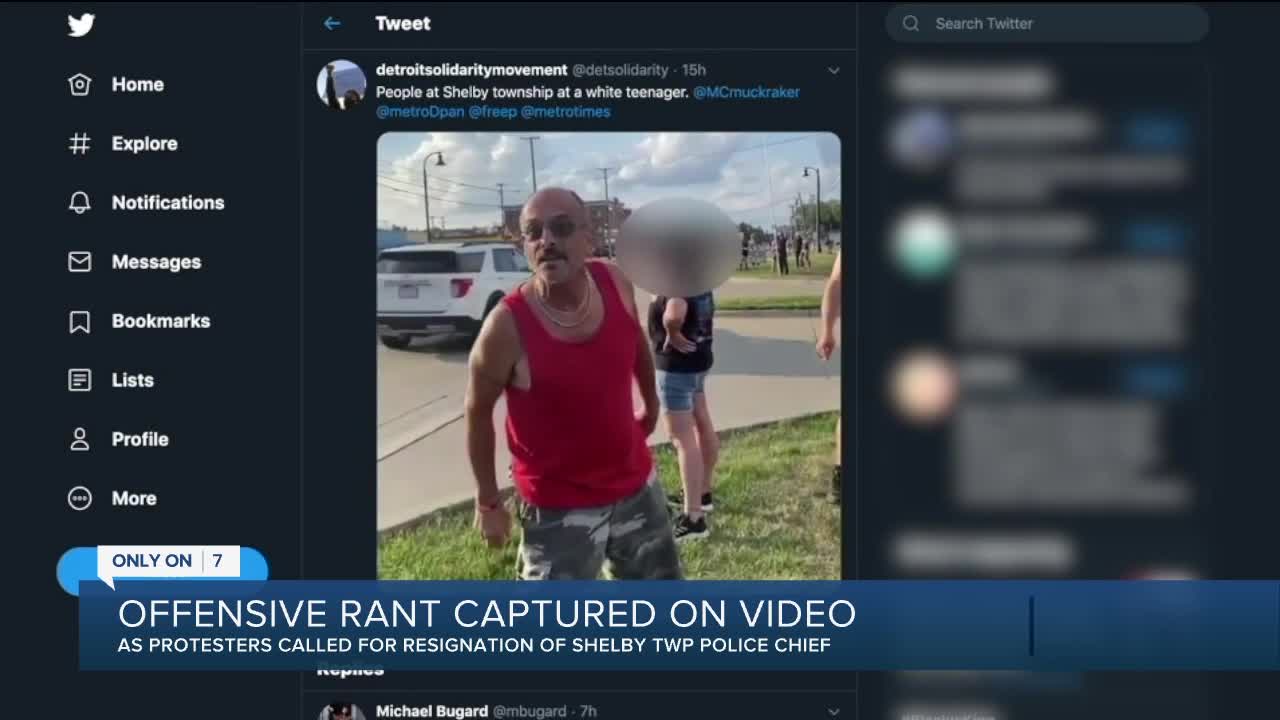 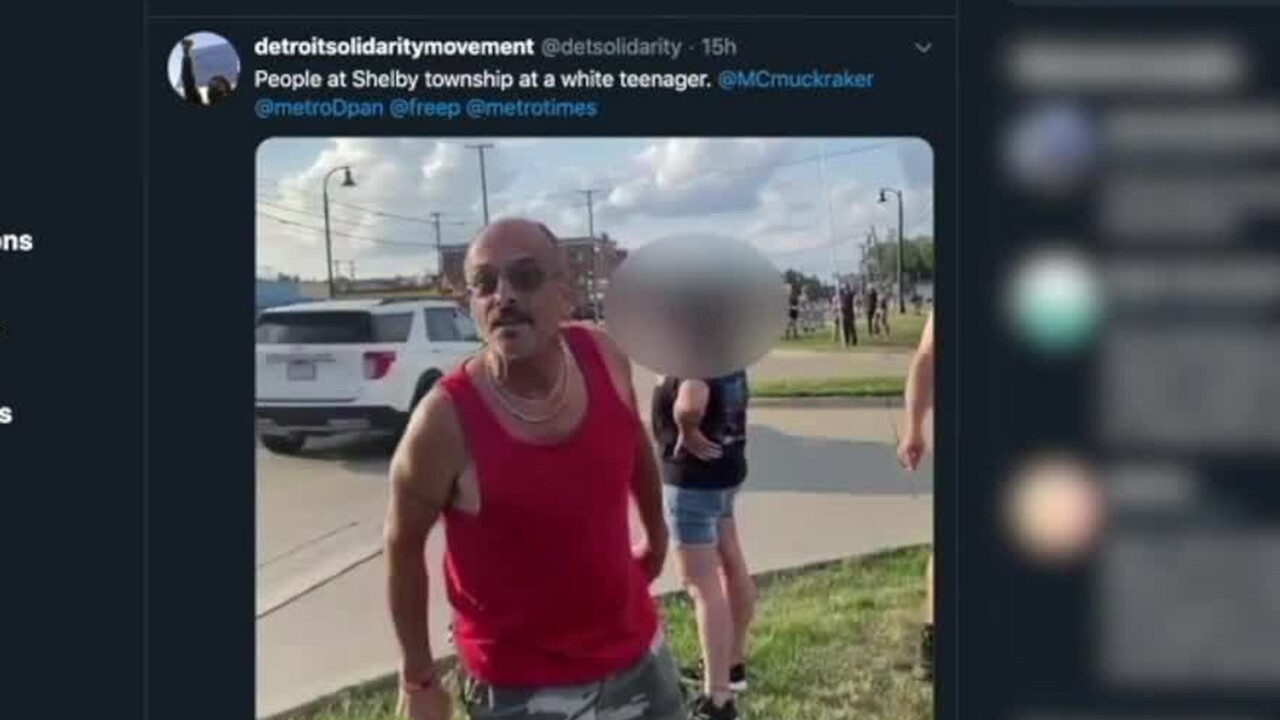 The racist rant had misogynist overtones and was seemingly unprovoked. The intense altercation was posted online and has more than 13,000 views.

The unknown man is apparently a counter-protester who berates a young woman with a litany of offensive words. Some were too insulting to play on television.

For weeks, protesters have been gathering outside police headquarters to call for an end to injustices against Black people and for the Shelby Township police chief to resign.

The young woman who recorded the video is Samantha. She did not want to provide her last name out of fear of retaliation.

"I was trying to stay keep calm because we are a peaceful group," Samantha said. "I didn't want to spew any hate on him more than he was spewing on me."

Shelby Township police chief Robert Shelide was suspended for a month after it was disclosed he had a fake Twitter account and was glorifying police brutality and made inflammatory remarks about the Black Lives Matter movement.

The unknown man is facing backlash on social media.

"This is the type of language that contributes violence towards women and it is 100 percent not okay," Samantha said. "He was making sexual remarks to girls as young as 15 years old."

Demonstrators hope social media will help identify the man to hold him accountable.

7 Action News reached out to Chief Shelide for comment and did not immediately hear back.