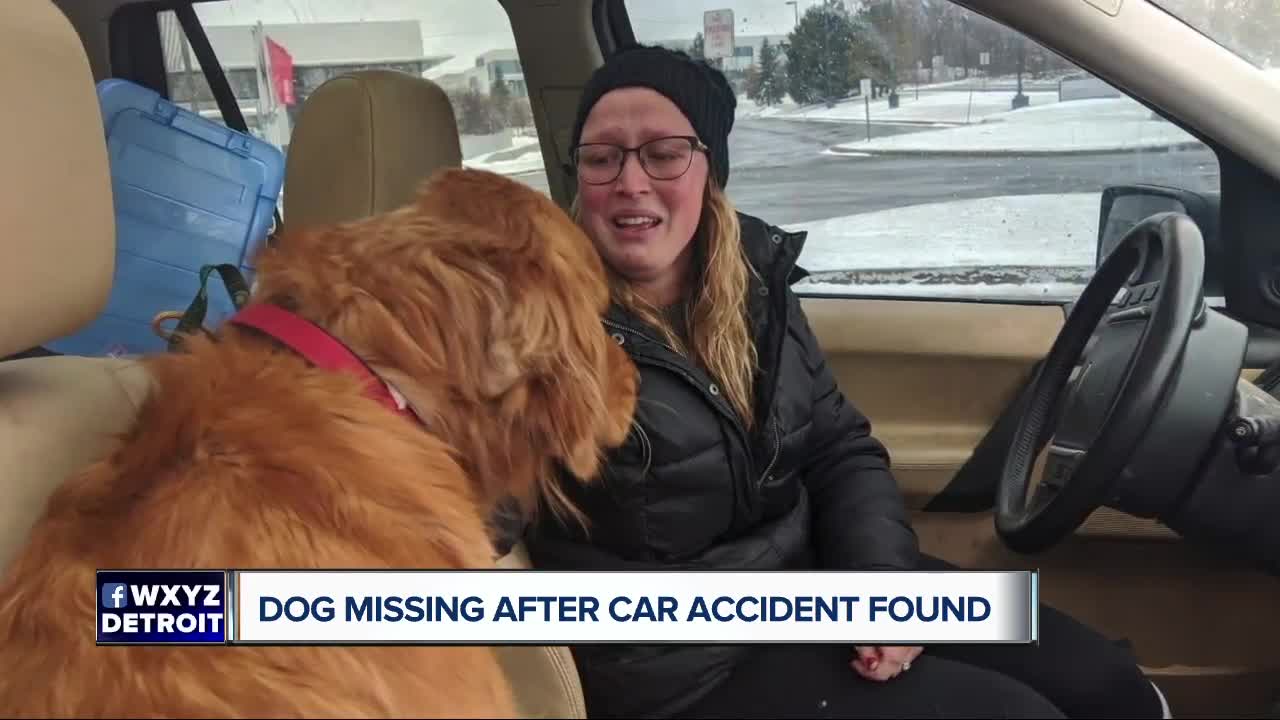 A Woodhaven family in ending their year on a high note after spending more than a week looking for their dog.

WASHINGTON TOWNSHIP, Mich. (WXYZ) — "We were looking at one of the worst Christmases of our lives and now we're looking at the best way to start a new year," said Wade Stevenson after he and his wife were reunited with Red Tuesday afternoon.

Red went missing after the family's vehicle was involved in a crash Christmas morning in Auburn Hills.

The last six days, Wade and Ruth Stevenson have barely slept or eaten because they've been searching and worrying about Red.

Michael James of Lending a Helping Paw Dog Rescue has been helping the Stevensons find Red and, Tuesday afternoon using a large live trap Michael set up not far from the crash, Red was finally caught.

"I cried," said Michael about the moment he could see that Red was secure. "It's been an emotional experience and I got very close to the family."

The Stevensons and Michael also said it could not have been done without the community's prayers and support.

Red was taken to Wilson Veterinary Hospital where he was examined for possible injuries by Dr. Matthew M. Capitanio who also ordered some X-rays.

We’re told Red has a sprained leg, but it should heal up in a couple weeks.

And after leaving the vet, Red was taken to DogCuts in Utica where they gave him a complimentary, full service grooming.

Red now has all night to tell Hazel all about his very long adventure.