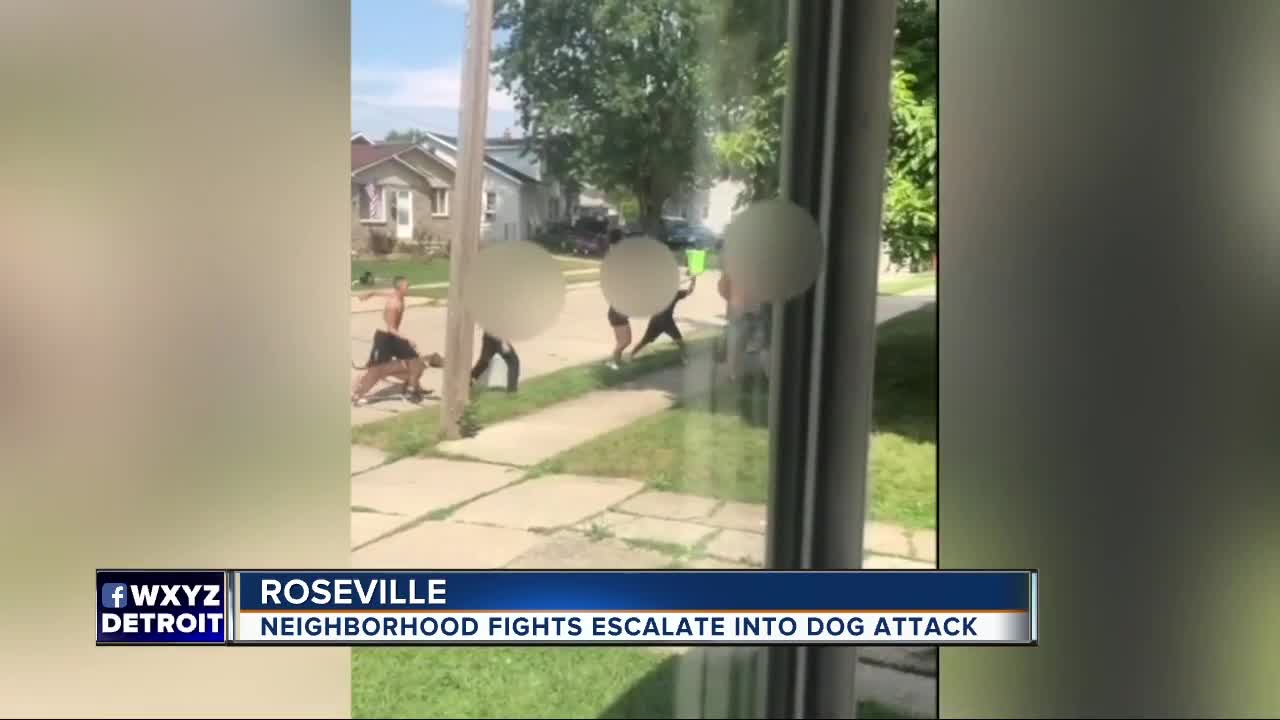 Roseville police are investigating after neighborhood fights escalated into a dog attack.

One of the fights included a 19-year-old man releasing a dog to attack a man his 32-year-old stepfather was fighting.

William Lafave said his stepson released his dog to attack the man because someone said the man he was confronting had pulled out a knife.

"That's why the dog was let go and the dog did his job to make sure he protected me from getting stabbed by the individual," said Lafave.

The 20-year-old man who was attacked by the dog is recovering from multiple bite wounds. He went to a hospital and received stitches and was given a tetanus shot.

He told 7 Action News that he never had a knife or any weapon when Lafave confronted him.

Action News talked to three other people who said they witnessed the frightening dog attack on the man, and all three said the young man did not have a knife and they said Lafave threw the first punch.

The fights stem from an ongoing dispute over two teenagers who are seeing each other. Angry words were exchanged on social media and tempers exploded when some teens went to Lafave's home to confront his stepson.

On cell phone video, the teens can be heard saying that the stepson invited them over for a fight.

A 17-year-old boy said Lafave threw the first punch at him. Lafave said he was protecting his family.

Then, down the street, another fight broke out involving friends of both Lafave and the 17-year-old.

As word spread that police were on the way, some of the crowd scattered, but Lafave can be seen on cell phone video confronting the 20-year-old who remained on the sidewalk.

The 20-year-old said he hadn't been involved in any fights and some witnesses believe Lafave's ego had been bruised from the earlier fight and he took his anger out on the 20-year-old because he walked up with them.

Roseville Police said after they conclude their investigation, a determination will be made related to what charges will be sought.

Click on the video for more information in the case.

The faces of juveniles have been blurred.