Horse owner defends himself against allegations of neglect 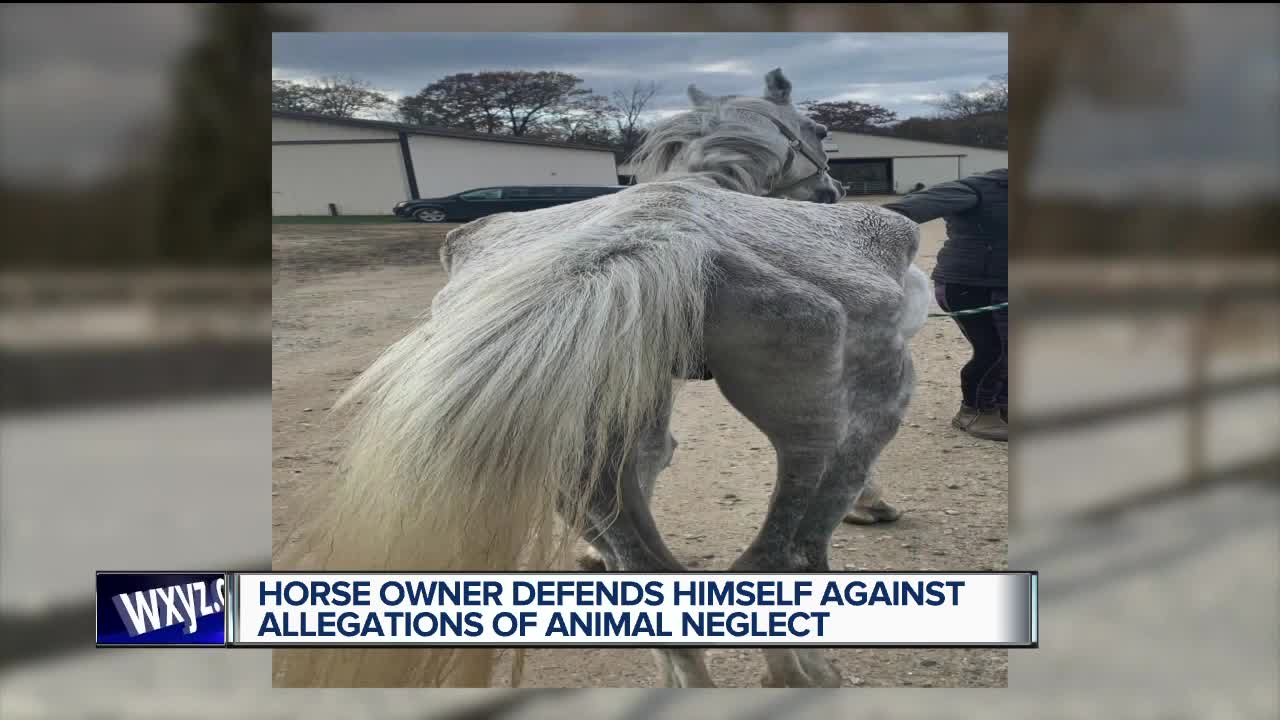 The owner of a horse is responding to outrage triggered by photos showing it severally emaciated.

GREEN OAK TOWNSHIP, Mich. (WXYZ) — Suzette Morgan of The Next Mile, a horse rescue, said a tipster recently told her that she needed to check on the horses at a barn in Green Oak Township.

"I got a phone call that one of them was down," Morgan told 7 Action News. And she said she had good reason to worry about the welfare Kevin Yamout's horses.

Three months ago, an Arabian horse named "Siraj" was rescued from Yamout.

The stallion that was once known as a championship horse was emaciated and suffering from neglect, including teeth so overgrown he could only eat alfalfa soup until he put on enough weight to undergo sedation for dental care.

Yamout said it broke his heart to see Siraj go, but he said he surrendered him because he didn't want him to die.

Yamout claims food wasn't the issue. He admits he was undergoing his own medical issue and could not properly care for Siraj but he claims Siraj always had an adequate supply of food.

Yamout claims Siraj's weight dropped drastically in just a two-week period due to a lot of running the stallion was doing after the mares were sent to another barn.

"I struggled for a little bit," Yamout said. "But I'm back. Everything is good."

In November, when animal control intervened in Siraj's case, they contacted Horses Haven, a non-profit rescue, to come get Siraj. And since he's been in their care, he's been thriving and has gained over 200 pounds, according to Kristine Dvonch, the Herd Health and Adoption Coordinator for Horses Haven.

Horses Haven focuses on rescue, rehabilitation, training and rehoming, and last year, they adopted out 46 horses.

As for the three horses that remain on Yamout's farm, he said animal control came out Friday to inspect them and told him they were okay.

Still, Yamout said, next month, he's bringing on a tenant who has a number of horses and that person will take over the care of the three remaining horses, two of which Yamout said he's already sold but they have not been moved yet.

Yamout said he's getting out of the horse business.

We asked if he thought he may face criminal charges for Siraj's condition when he was rescued. Yamout responded by saying that part of the agreement with animal control to surrender the stallion was that he would not be prosecuted.

Click on the video above to hear more on this story in Kimberly Craig's report.