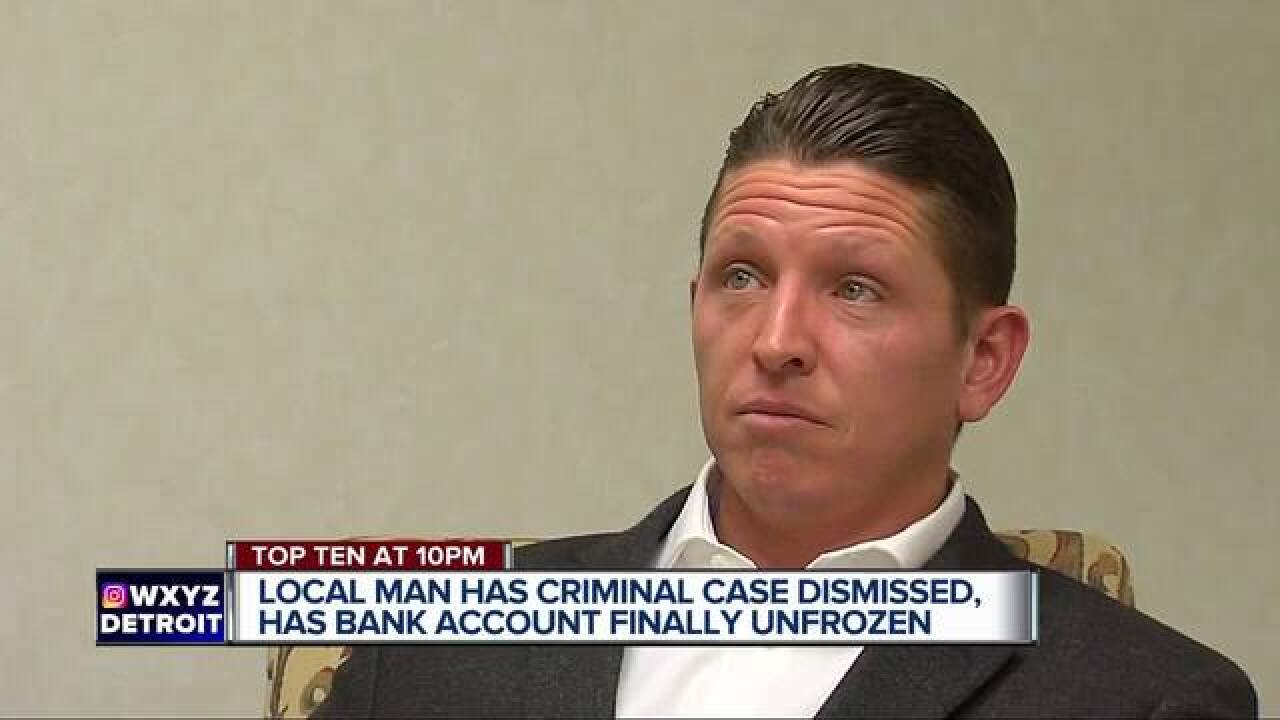 It's been nearly four years since Donald Barnes was arrested after the Oakland County Sheriff's Department raided his family's building in Waterford.

A compassion center was located inside the building. Barnes was listed as a resident agent for the company.

"I guess because they thought I was the resident agent that I was the owner," Barnes said.

The Oakland County Sheriff's Department raided his family's building in November 2014 and eventually froze a bank account Barnes shared with his mother. Barnes was not charged at the time. More than a year later, he was charged with distributing narcotics. Those charges were dismissed in February 2016, but assets remained frozen.

At that time, an Oakland County Circuit Court Judge ordered the Sheriff's Department to unfreeze the more than $10,000 in the bank account Barnes and his mother no longer had access to.

In Michigan, like in most states, the Civil Forfeiture Statute does not require charges or a conviction to seize or freeze assets of an individual or a business.

"In the past, law enforcement has used this tool to break up organized crime rings or funding for terrorism," said Paul Walton, the Chief Assistant Prosecutor in Oakland County.

With Barnes' charges dismissed, a legal battle continued to get back control of his bank account.

"I just knew something wasn't right, something not right here," Barnes said.

"The conduct has found to be outrageous, in the words of Judge Ray Lee Chabot," Moffit explained.

Moffitt stated the prosecutors office missed several deadlines resulting in the judge labeling their actions as an "obstruction."

"They were given 21 days to comply and they missed that date claiming they faxed the request to the bank, but the bank never got it," Moffitt explained.

Walton fired back by saying, the duty of drafting the order was the responsibility of the prevailing party.

"After preparing the order, it was sent to the bank, two numbers were transposed. Despite this error we received a confirmation the order was received," Walton explained in an emailed response.

"Defense counsel appeared to be incapable of taking the judge's order and drafting it in a format that the bank would need to unfreeze the money," Walton went on to say.

As for Barnes, he hopes this latest development in his four year legal battle will help restore his reputation that's been lost and portray him, not as a criminal, but as someone who stood up to an injustice.

"And see me more as that's the guy who exposed the corruption here and changed it so that other people don't suffer the same."