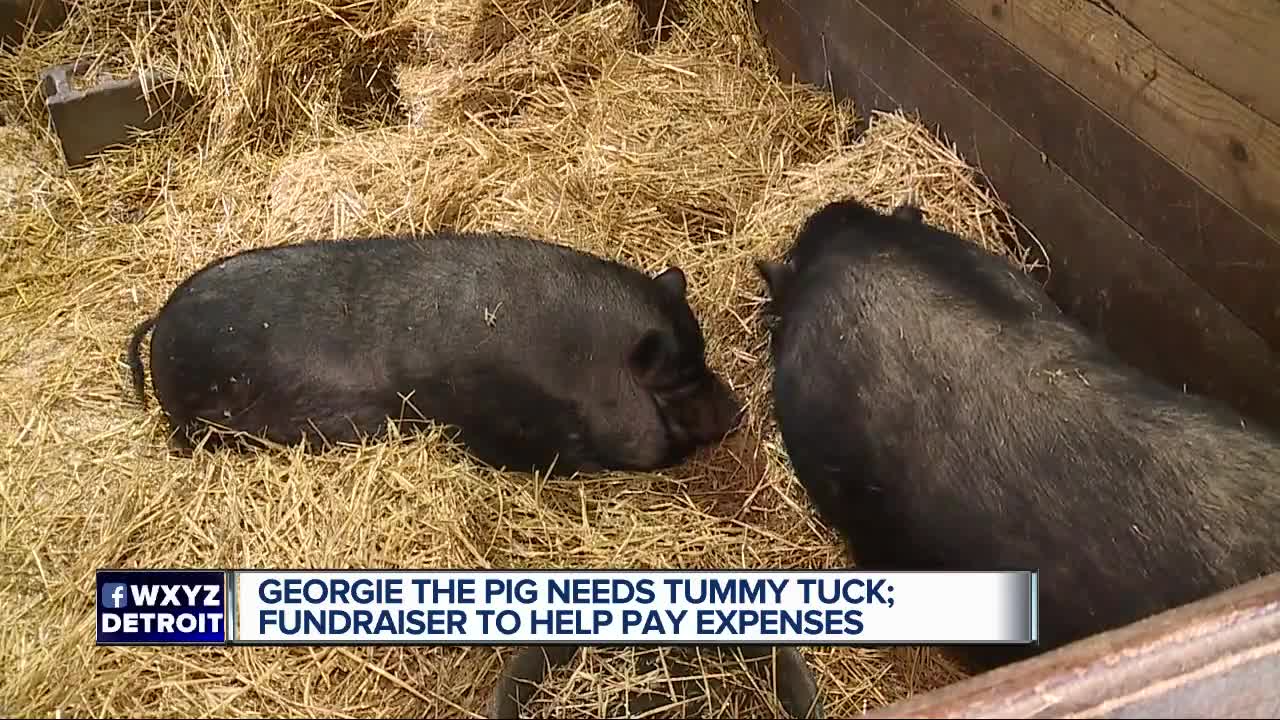 In Georgie's early years, she was forced to live in a dog crate and it left her overweight.

SOUTH LYON, Mich. (WXYZ) — In Georgie's early years, she was forced to live in a dog crate and it left her overweight.

"She was completely bald and had urine burns all over," said Anise Silvernail-Corcoran who took Georgie into her rescue to rehabilitate her which meant losing weight and socializing the pig that had little interaction with people.

"She was to the point that she couldn't walk," said Anise who also opened her heart and farm to another pig, Sheriff Pigglesbee.

Georgie was carrying so much excess weight that she couldn't open her eyelids.

The good news is Georgie has trimmed down on a healthy pig diet. But, like humans who lose a lot of weight, Georgie now has a lot of excess skin. Georgie has so much excess skin that she often steps on herself.

Anise is now trying to raise enough money for Georgie to get a tummy tuck.

"Just to get her to where she can be a normal pig and feel free to go inside and outside, go run around if she wants," said Anise.

Here's a link to Georgie's Gofundme page if you'd like to make a contribution to the cost of her surgery which is estimated to be $1,200.

"She's just a happy pig and it would be really nice for her to enjoy her life."