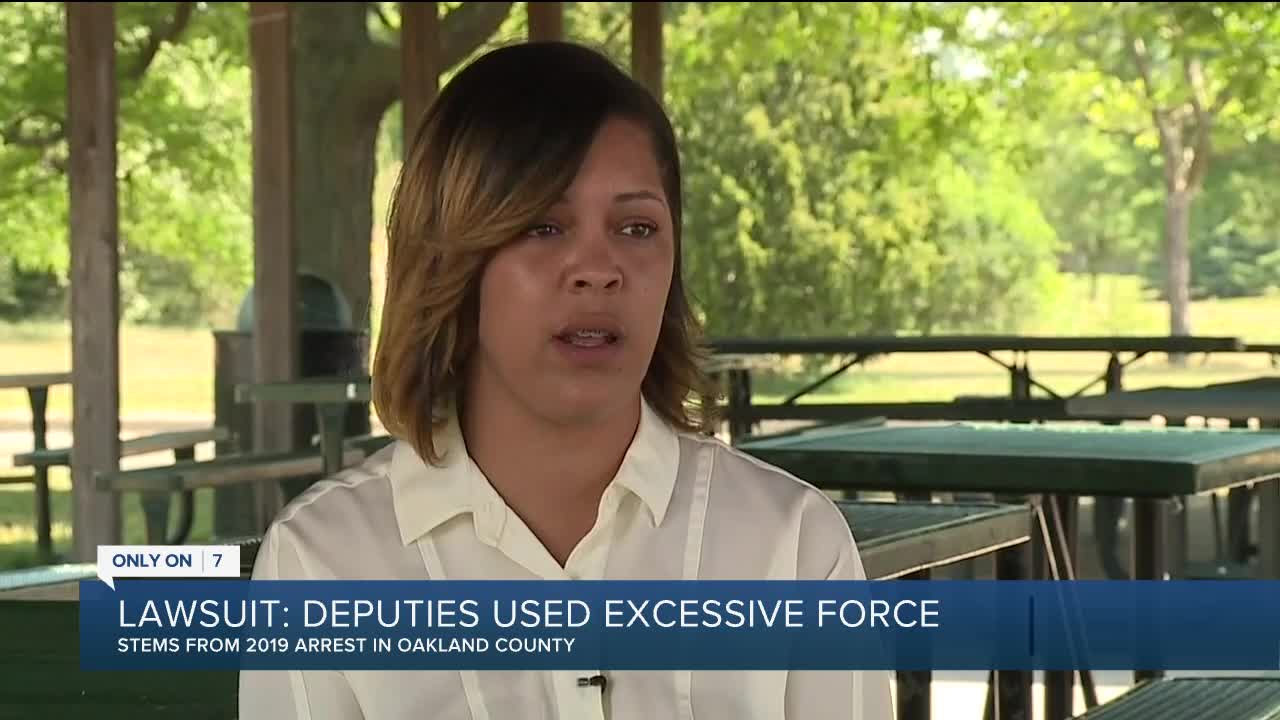 A woman is suing the Oakland County Sheriff's Department after she says deputies used excessive force. 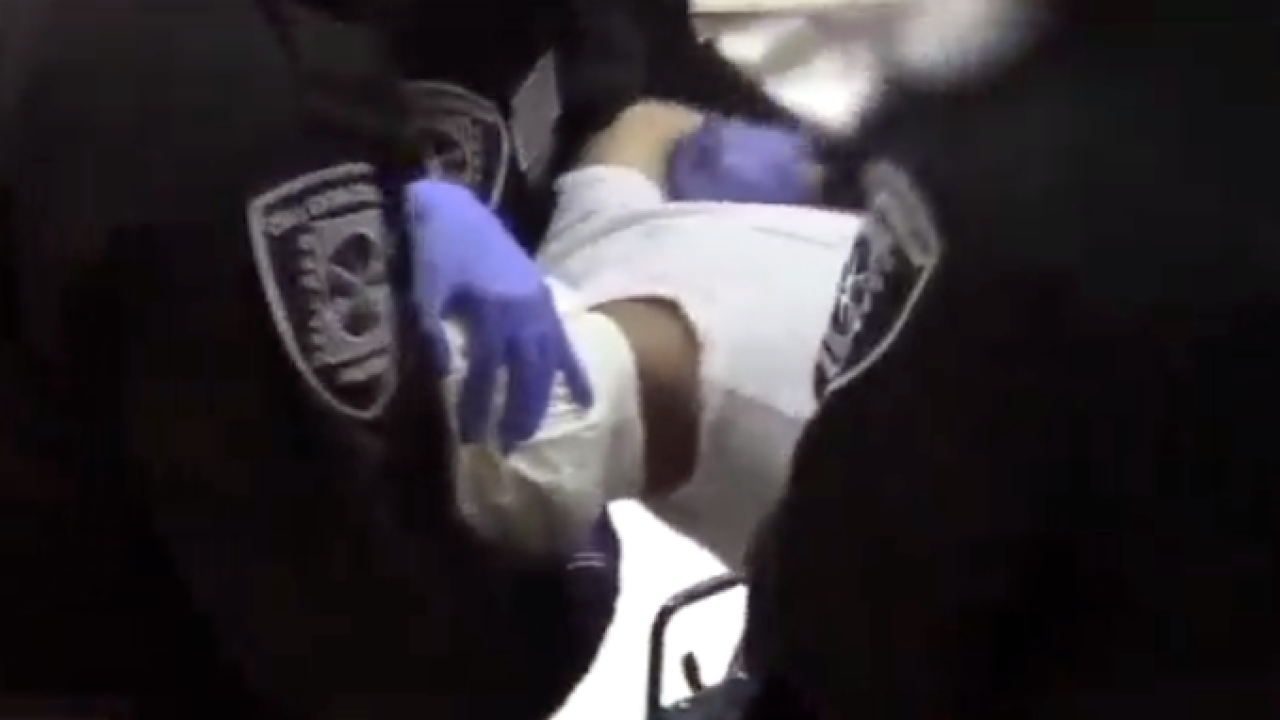 PONTIAC, Mich. (WXYZ) — "I'm not (expletive) resisting. Let my head go," Kellie Farris said to Oakland County Sheriff's deputies who were taking her out of one of her vehicles to place her in a jail cell.

The encounter between Farris and the deputies on the jail's extraction team in Pontiac is seen on video recorded by deputies and secured by attorneys for Farris in a federal lawsuit.

"This is a classic case of a lady who called the police and she gets arrested and brutalized for absolutely no reason," said attorney Dan Romano.

The lawsuit accuses deputies of using excessive force and causing emotional and physical harm, including shock and a miscarriage.

Farris was arrested on March 31, 2019, after an incident involving a woman who was dating the father of Farris' children.

Farris said she was the first one to call 911, but she thinks her criminal history is what led to her arrest. Farris is on probation for embezzlement.

McCabe said deputies had no information on Farris's background at the time of her arrest, but he said they did probable cause and it was necessary to diffuse the situation.

The deputies named in the lawsuit are part of the jail's extraction team and Undersheriff Michael McCabe said they are highly trained and did nothing wrong during their encounter with Farris.

At the jail, Farris said she needed assistance to get out of the sheriff's vehicle because of knee surgery.

A number of deputies are seen holding Farris and bending her over before placing her in a wheelchair.

That's when Farris said the intense ordeal began and a spit mask was placed on her face and, at times, over her nose. Farris said the spit mask and the way deputies were pulling her neck back as they wheeled her to a cell made it difficult to breathe.

"Get your hands off my face. I’m pregnant. I can’t breathe," Farris can be heard saying in the video. "I’m not resisting."

McCabe said if Farris could talk, she could breathe.

"I never struck any of them," Farris told 7 Action News. "I didn't try to harm any of them because I didn't want to make it worse where I could possibly end up dead."

Once in a cell, deputies told Farris that she has to take off her clothes. She refuses because while there are two female deputies present, there are a number of male deputies in the room.

"You guys can’t make me take my clothes off in front of men," Farris said in the video.

One of the female deputies then tells Farris, "Look! It's just me and her now," suggesting the men have left the cell when they're actually just a few feet behind them. "It's just the two of us."

"I can see there are males in here," Farris replies.

The male deputies walk out of the cell but when Farris turns her head to see if they're gone, she sees someone videotaping them and she tells them to stop.

"They tell her to cooperate, but they don't let her hands go so she can do anything," said Romano.

Moments after Farris spots the person filming, the male deputies return with scissors and they proceed to cut Farris's clothes off as she sobs.

"I was scared. I was shaking and in shock, because I didn't expect anything like that to happen," Farris said.

Once the deputies remove Farris' clothes, they leave the cell with Farris naked and crying in a kneeling position.

She then pulls some sort of jail garment that had been placed near her over her backside.

Farris said she was humiliated and embarrassed. She was released the next day and no charges were ever filed in the case.

McCabe said that doesn't mean they didn't have enough probable cause to make the arrest. He said the other woman declined to move forward with the case.

The day after her release is when Farris said she learned that she lost her unborn baby.

"You call the police, you should have the right to talk to them like a human being before you're treated like a criminal," said Romano.

McCabe maintains the extraction team used the least amount of force needed in the situation.