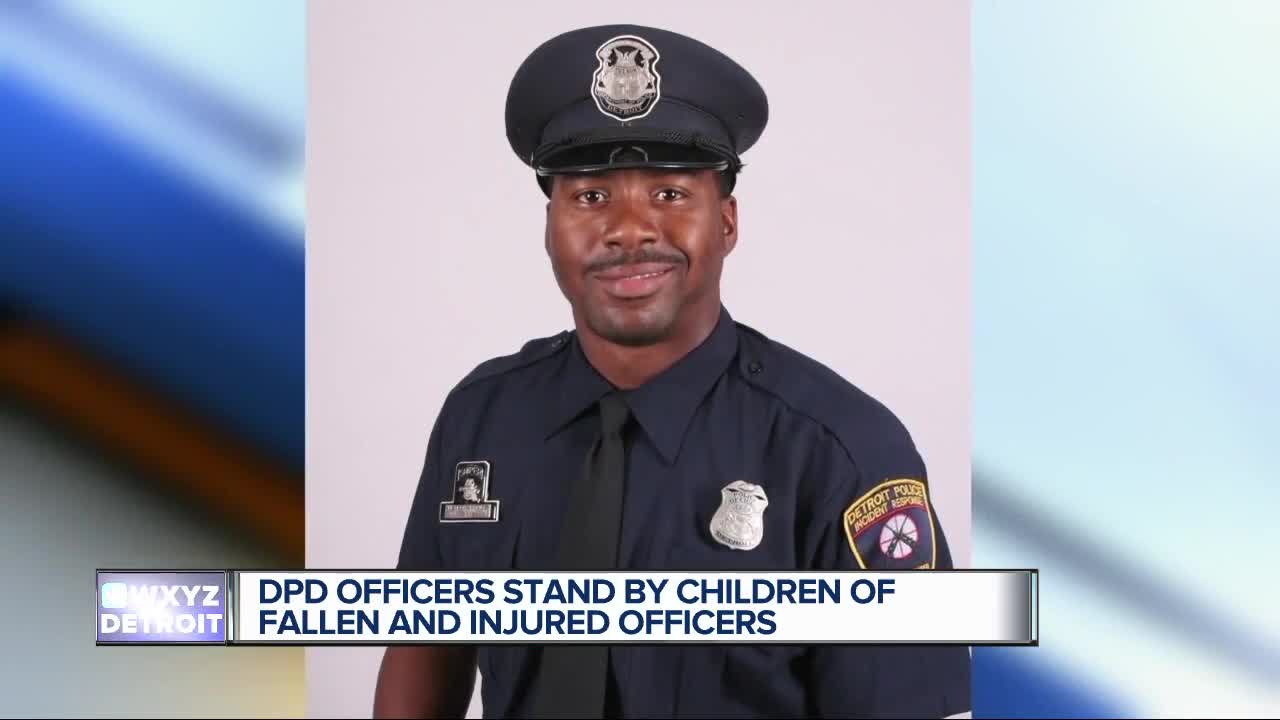 On Friday night seniors on the cheerleading and football team were honored during seniors' night, and two seniors had some very special help from members of Detroit Police Department. 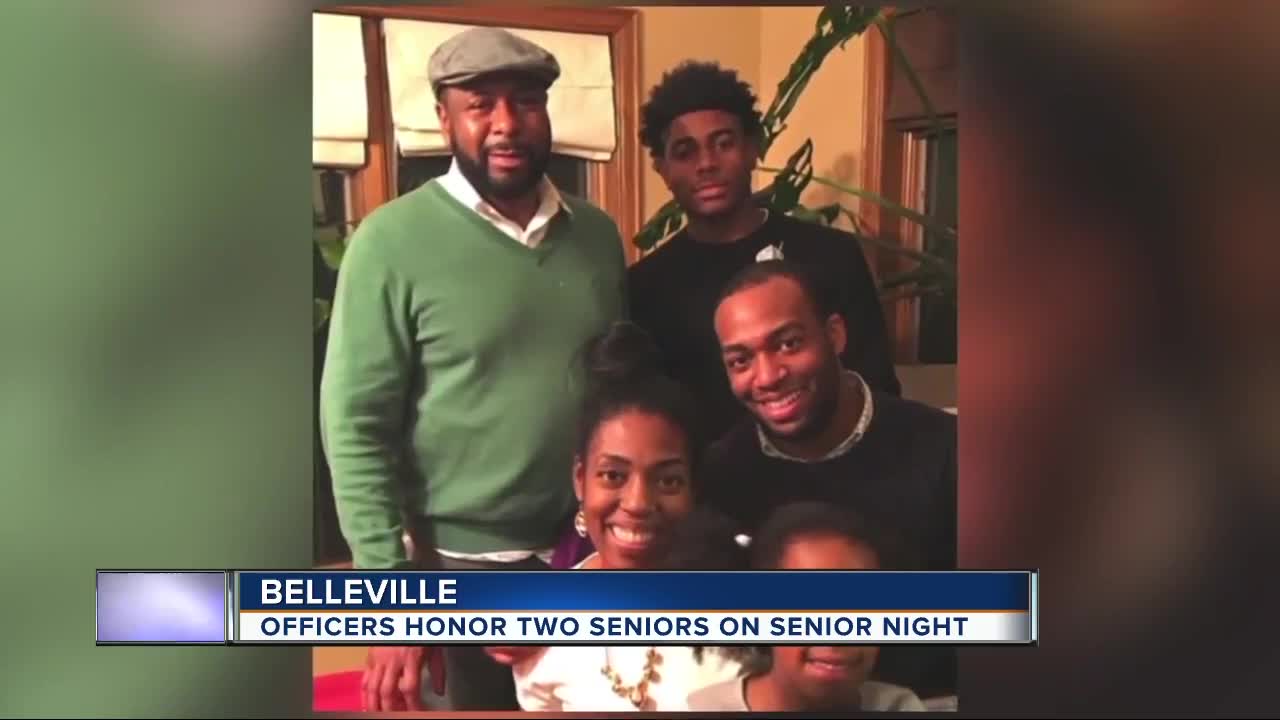 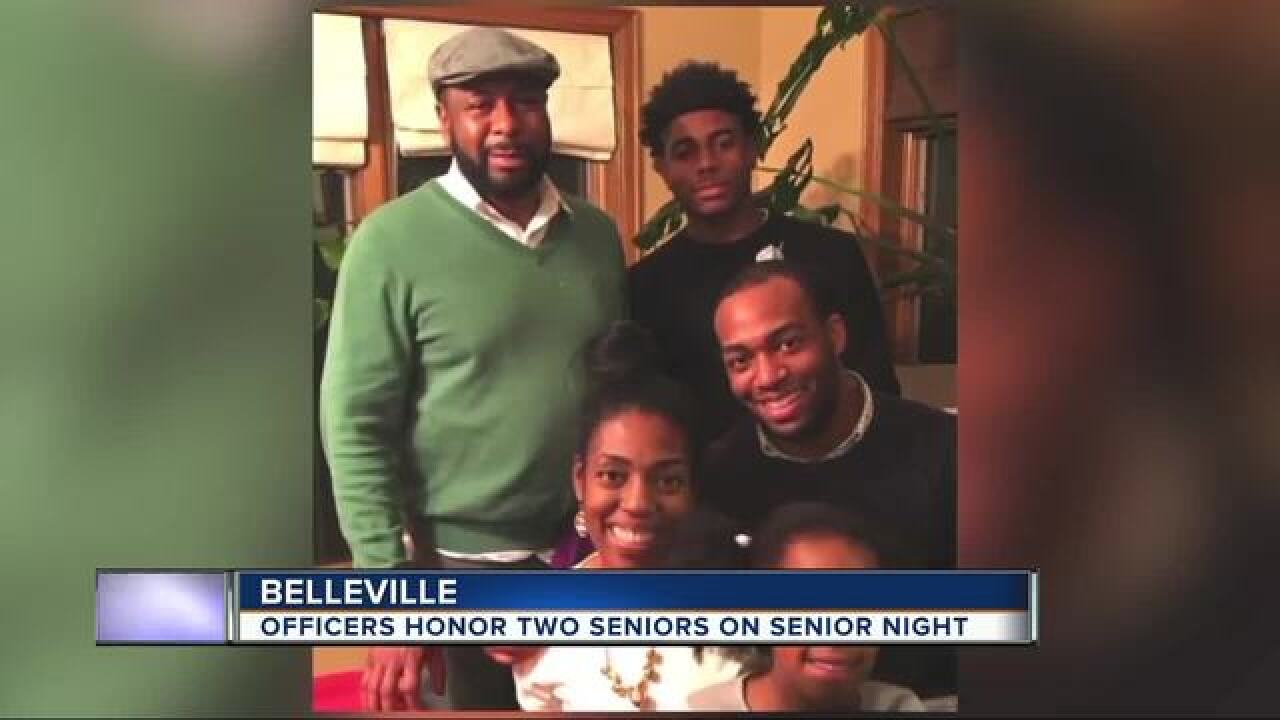 On Friday night seniors on the cheerleading and football team were honored during seniors' night, and two seniors had some very special help from members of Detroit Police Department.

“Some events are harder than others. Like this one’s kinda hitting home a little bit,” said Belleville Senior Lauren Hill.

Lauren lost her father, Officer Patrick Hill, in 2013 while he was working for DPD.

He was tracking down a murder suspect when he sustained injuries from friendly fire that lead to his death.

“I’ve always dreamed of him being at my senior night in the future,” said Lauren.

Jaden Johnson’s father was able to attend his senior’s night, but he is paralyzed.

Officer Waldis Johnson was shot in the head in 2017 after responding to a domestic violence dispute.

“He hasn’t been able to come to a game since my tenth-grade year. It means a lot,” said Jaden.

Both Jaden and Lauren were greeted by members of the Detroit Police Department after they took to the field in celebration of their senior years.

“The beauty is seeing, you know, all of our brothers and sisters in blue coming together and helping to raise these children as we promised we would do,” said President of the Detroit Police Officers Association Mark Diaz.

“I got young children there age, and I know if something happened to me, I’d hope that my brothers and sisters in blue would be there to help cheer and support them on in their athletics and their schooling and become productive people,” said Officer Donny Harris.