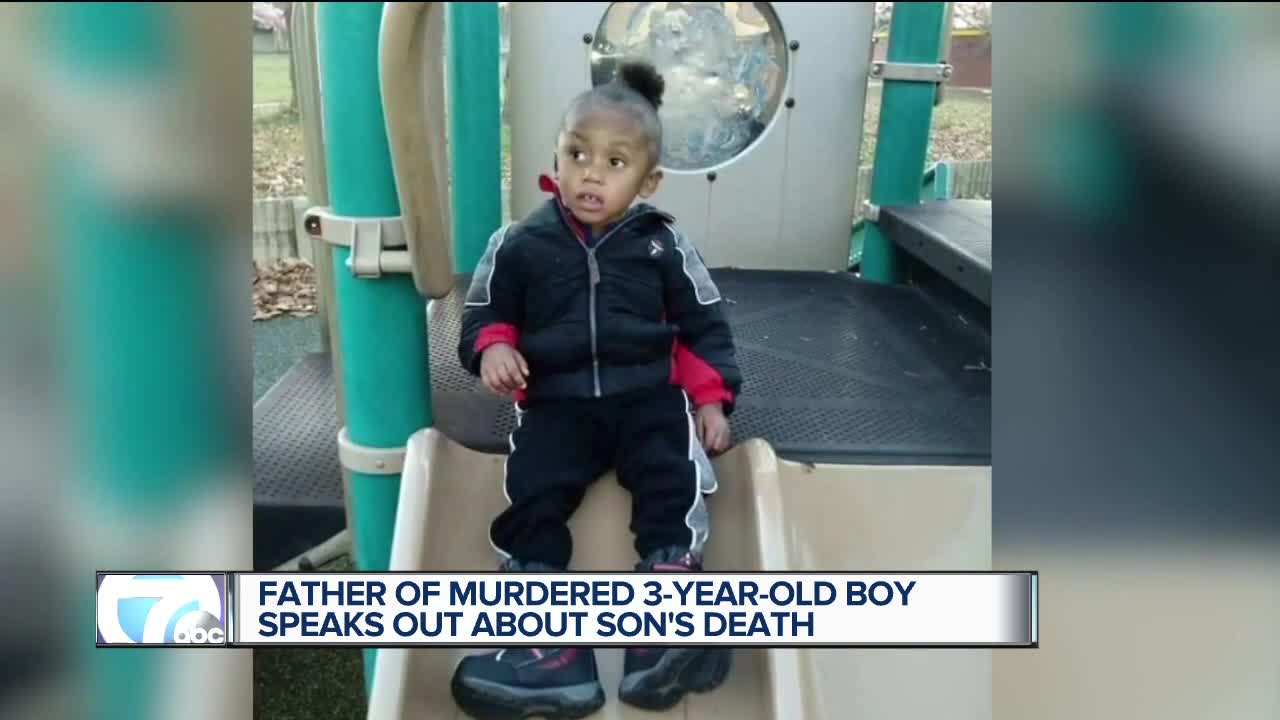 A child was found dead inside a home in Inkster Wednesday, police say.

INKSTER, Mich. (WXYZ) — "We didn't see this coming," said Shadiya Muhammed about the murder of her 3-year-old nephew. Shadiya and her mother went to her sister's Inkster home Wednesday because they hadn't heard from her in several days.

Shadiya and her mom used their key to the side door of the house to go inside and it was in little Zion's bedroom that they found his lifeless body.

Zion sustained multiple stab wound and blunt force injuries. His mother was not at the house but was later arrested.

"There's nothing that I can say that would explain away what she did. I don't want people to think she was this evil person, but there's no excuse for what she did," Shadiya said.

"My first born is gone," said Zion's father, Robert Reid, who told 7 Action News that he had been to court multiple times seeking custody or parenting time.

Zion's mother suffers from mental health issues, according to her own mother, Regina Massey.

"I just want everyone to know that baby was truly, truly loved. He spent most of his time with us," Regina said. "He had his own room at my house. He absolutely was loved and well taken care of."

According to Regina, her daughter was refusing treatment for her mental health issues. "She thought she could handle it on her own. And she did things to help her meditate and, you know, calming, relaxing things."

Regina is now left with memories of her precious grandson who had a bedroom at her home. "We had him 90-percent of the time.. He would spend a lot of time at our house. It was home."

Inkster Police did not release additional information Thursday, but they are continuing to investigate.

Zion's mother has not been charged, but she remains in custody and could face charges in the next couple of days.