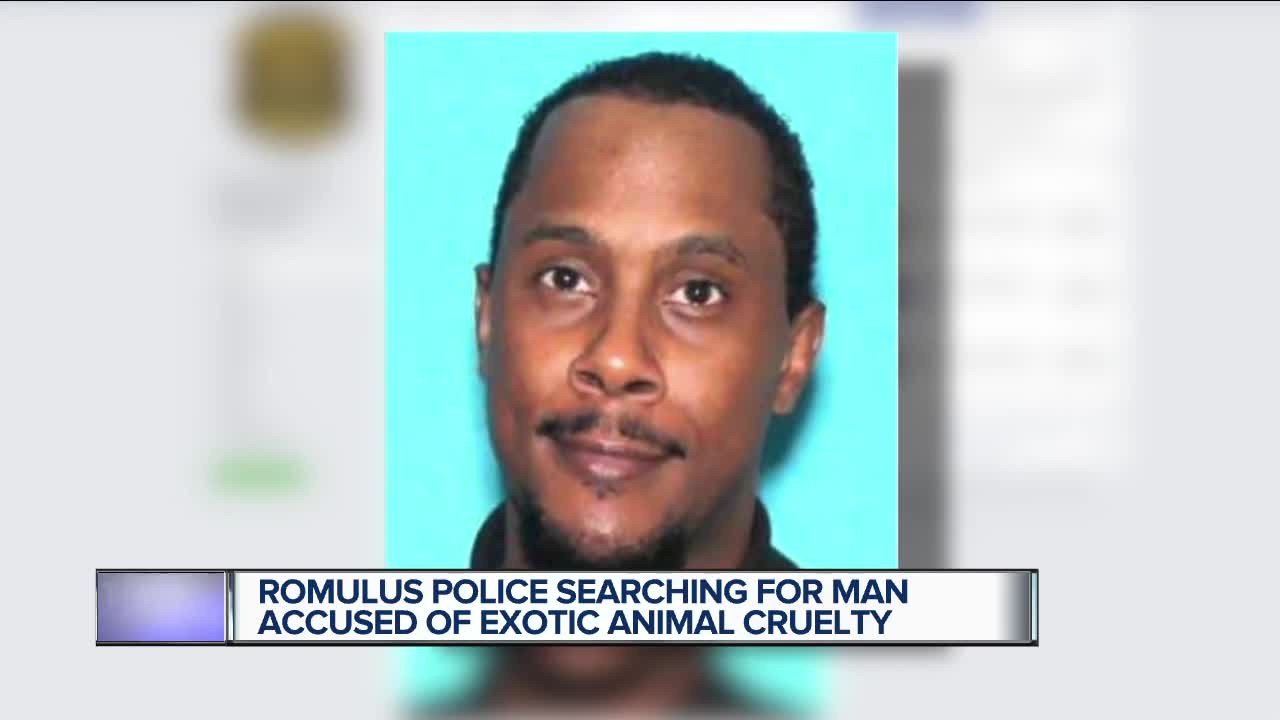 ROMULUS, Mich. (WXYZ) — The wife of 36-year-old Javon Stacks claims Romulus police posted his picture on Facebook because they are trying to destroy his reputation after Stacks filed a lawsuit against the police department.

In August police executed a search warrant at a location inside of a strip mall where Javon Stacks was housing hundreds of his animals, including reptiles and kangaroos.

Over the weekend, police posted a photo of Stacks on social media, looking for the public's help in locating Stacks or encouraging him to turn himself in.

A relative said Stacks was at a show with some of his other exotic animals when he learned that he was wanted by police.

Jerica Stacks said police knew they could have contacted her husband's attorney if they wanted him to turn himself in on any charges. She also believes the investigation into her husband's business is being fueled by his competitors and animal rights advocates.

Stacks' brother said they believe he's being targeted because he's a successful black man and some people want to ruin his reputation.

After police seized a lot of the animals in August, court records show Stacks then filed a lawsuit against the police department.

Jerica Stacks said the lawsuit accuses the police department of unlawful seizure of the animals.

"No one is trying to destroy this man or his reputation," said Romulus Police Captain Derran Shelby. "We just want him to take better care of his animals."

Shelby said Stacks was given an opportunity to turn himself in but said he failed to cooperate.

Jerica Stacks said her husband, who is licensed by the USDA as an exhibitor of animals, is planning to turn himself in with his attorney later this week.