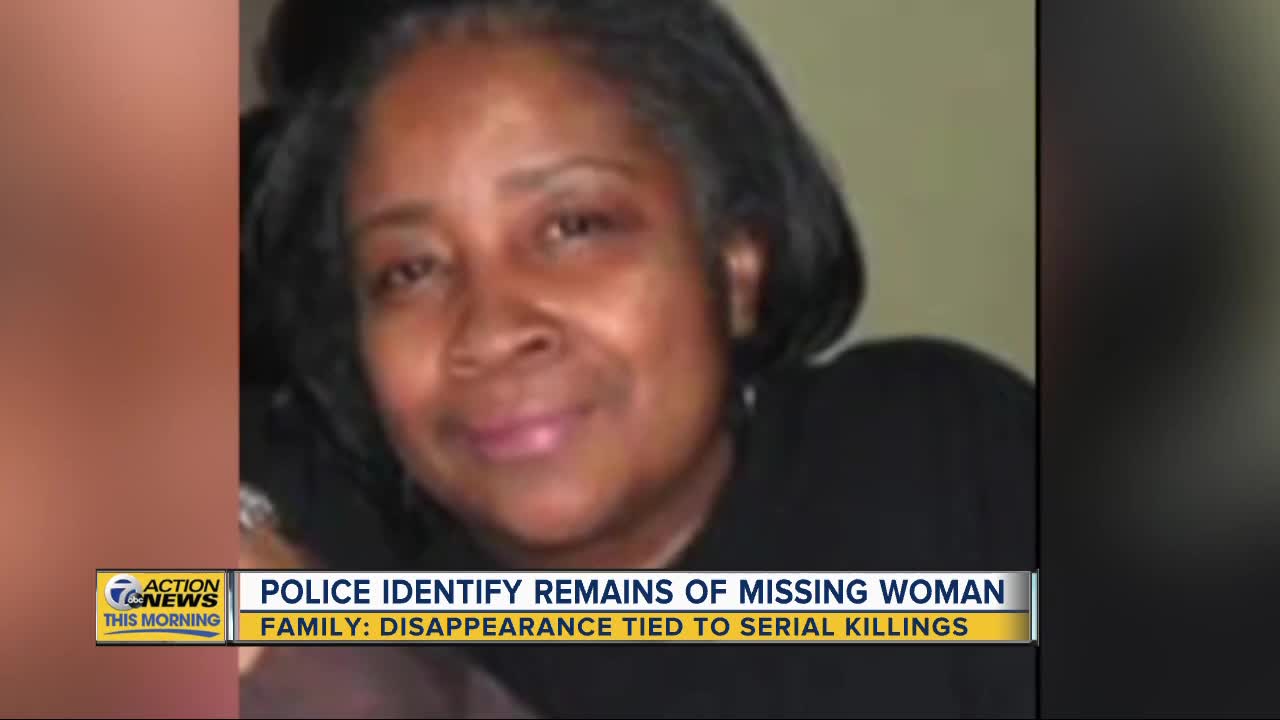 The family of Deborah Reynolds, 64, has long believed her death was linked to suspected serial killer DeAngelo Martin. However, her remains had never been identified by investigators.

DETROIT (WXYZ) — The family of Deborah Reynolds, 64, has long believed her death was linked to suspected serial killer DeAngelo Martin. However, her remains had never been identified by investigators.

That changed this week as the Wayne County Medical Examiner’s office has told 7 Action News that the remains of Reynolds have been identified. It’s unclear whether police, or the prosecutor’s office, can link Martin to the homicide.

NEW THIS AM: @wxyzdetroit has learned that the medical examiner has ID'd the remains of Deborah Reynolds. Reynolds' disappearance was previously being investigated as a possible homicide tied to DeAngelo Martin -- an accused serial killer. pic.twitter.com/EDdHiQH6rq

Martin is currently charged in the murders of Annetta Nelson, Nancy Harrison, Trevesene Ellis and Tamara Jones — all women in their 50s that were found in burned out, abandoned homes in Detroit.

Reynolds was last seen by Ferndale Police on Aug. 3, 2018 when they picked her up along with DeAngelo Martin following a call for two drunk and disorderly people.

Martin was given a breathalyzer and found to be intoxicated, while Reynolds' test was inconclusive — police picked up the pair and drove them into Detroit where they were dropped off near the State Fairgrounds.

The remains of Reynolds were found months later inside an abandoned home on Annin Street near Woodward, less than a mile away.

"It's very important for us to try to figure out where she is and what he's done to her," said Reynolds' sister Mattie Reynolds during an interview in June.

Detroit Police have previously said they are investigating whether Martin was involved in the disappearance and presumed murder of Deborah Reynolds.