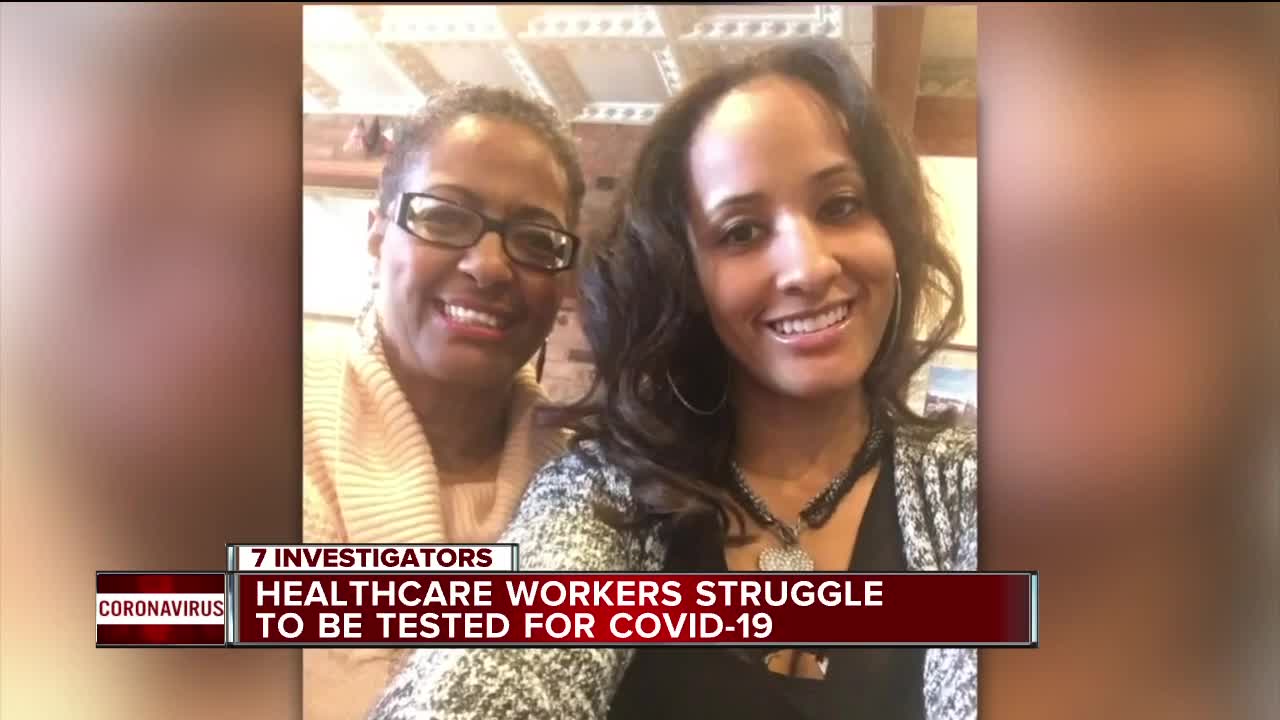 Deborah Gatewood’s first symptom was a fever. Then nausea. The 63-year-old stopped eating for days, recalls her daughter Kaila Corrothers. Then came the shortness of breath. 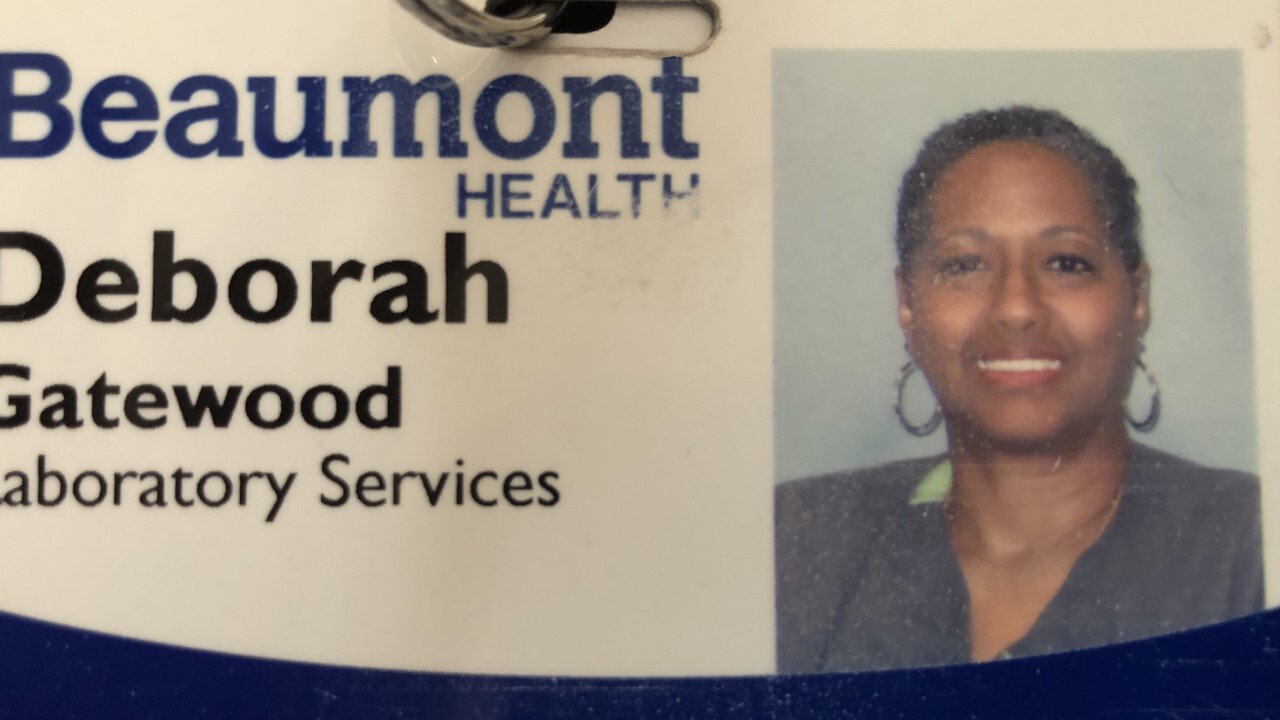 (WXYZ) — Deborah Gatewood’s first symptom was a fever. Then there was nausea.

The 63-year-old stopped eating for days, recalls her daughter Kaila Corrothers. Then came the shortness of breath.

On four different occasions starting in mid-March, Gatewood came to Beaumont Hospital in Farmington Hills where she’s worked for 31 years, seeking treatment or even just a test for COVID-19.

Each time, her family says she was denied.

“She was like, they’re not going take me,” her daughter recalls. “She was so discouraged at that point, because they’d turned her away four times.”

RELATED: COVID-19 claiming the lives of doctors who treat inmates

Corrothers said her mother, a longtime phlebotomist for the hospital dating back to when it was owned by Botsford, began experiencing COVID symptoms on March 18th.

She came to Beaumont, but said the hospital told her to return home.

“They just told her take some Tylenol, go home, try to get some rest,” Corrothers says. “Which she did.”

Over a period of weeks, she said her mother’s condition worsened. But each time she asked to be tested for the coronavirus, she says the hospital told her that she did not qualify.

Countless other Beaumont employees have reported the same experience to 7 Action News.

“I wanted to get tested and I was not able to,” said one nurse who developed COVID-19 symptoms earlier this month.

The nurse spoke on the condition that we not release their name since Beaumont has not given its employees permission to speak to reporters.

In a statement, Beaumont stressed that, until recently, tests for COVID-19 were prioritized for patients.

"Throughout the pandemic, Beaumont Health, like many other health care organizations across the United States, has struggled with having enough testing kits and reagents," said Beaumont spokesman Mark Geary.

"This unfortunate situation has caused the organization to be forced to prioritize scarce resources. The first priority was to our inpatient population, with any excess going to employees."

However, the hospital system says it recently secured additional testing resources and will soon be increasing the testing of employees.

Earlier this month, Beaumont said 1,500 of its health workers had developed COVID-19 symptoms. Henry Ford Hospital says more than, 2,000 of its employees have developed symptoms as well.

Across the state, an untold number have died including Deborah Gatewood.

After being denied treatment four times at Beaumont, her family says she was finally admitted to the emergency room at Sinai Grace Hospital. She died after being put on a ventilator.

Unlike most families, Kaila was able to say goodbye to her mother at her bedside, wearing a gown, mask and gloves.

“She was heavily sedated, there wasn’t any interaction,” Kaila recalled. “Just me talking to her. Catching her up on life. Her grandbaby, everything. Telling her how much I loved her. And I sang to her. And I prayed.”

In a statement, Beaumont said: “As patients come to Beaumont for care during this pandemic, we are doing everything we can to evaluate, triage and care for patients based on the information we know at the time. We grieve the loss of any patient to COVID-19 or any other illness.”