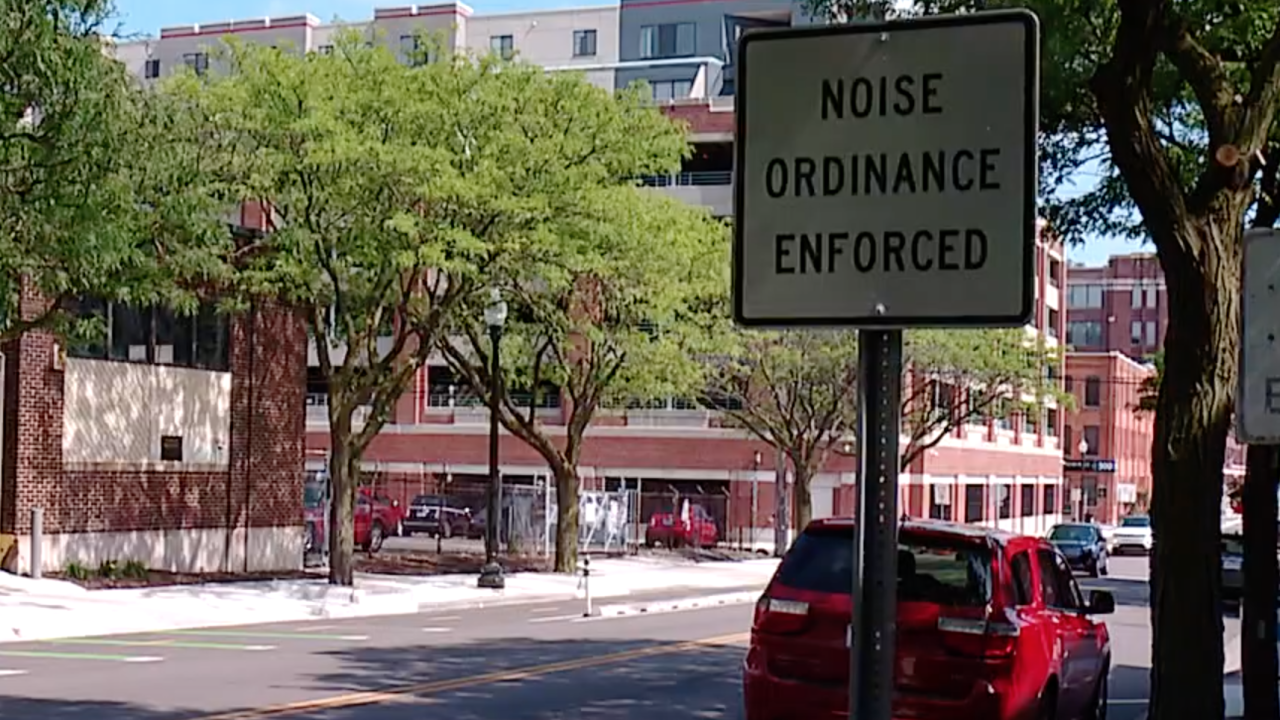 DETROIT (WXYZ) — A town hall addressing noise and traffic complaints in a developing Detroit neighborhood is planned for Thursday evening.

In the age of COVID-19, the gathering will be virtual, taking place online at 5:00 p.m.

The East Riverfront neighborhood is the focus, where residents say this time of year more people become a nuisance. Some feel it's gotten worse.

"Sometimes I'm sitting here having a meeting around 3 p.m. in the afternoon and I'm like 'Oh my god. What is that noise?' and you know, people like, doing donuts in the middle of the day," said Mariana Martinez, an East Riverfront resident.

Martinez captured one vehicle burning rubber outside her East Riverfront apartment, just west of Belle Isle. There's no audio on the video. Perhaps, symbolic of what Martinez would prefer: Silence.

Despite there being a noise ordinance, she says people have been anything but respectful since Memorial day.

"A lot of people who come here at all times of day and do wheelies, or speed when they shouldn't be speeding," said Martinez. "They don't stop at the stop signs. There's no respect. That's an accident waiting to happen."

"We want to get to a point where Detroit is respected just like any other city," said Mary Sheffield, Detroit City Council President. "There's certain cities you wouldn't go to doing certain things and Detroit should be one of them."

"My thing is always, you know, we have local ordinances and rules that should be abided by. And we have to do a better job of enforcing, I think in some cases," said Sheffield.

Among those Sheffield invited to weigh-in at the town hall, the police department and residents like Martinez, community voices expressing how to make the East Riverfront area a better place to live.

"I think it's in the planning," said Martinez. "If you don't plan the area or strategically reroute traffic where it should go or prohibit cars where they shouldn't be because it's space that should be dedicated to pedestrians then re-enforcement is just a band-aid."