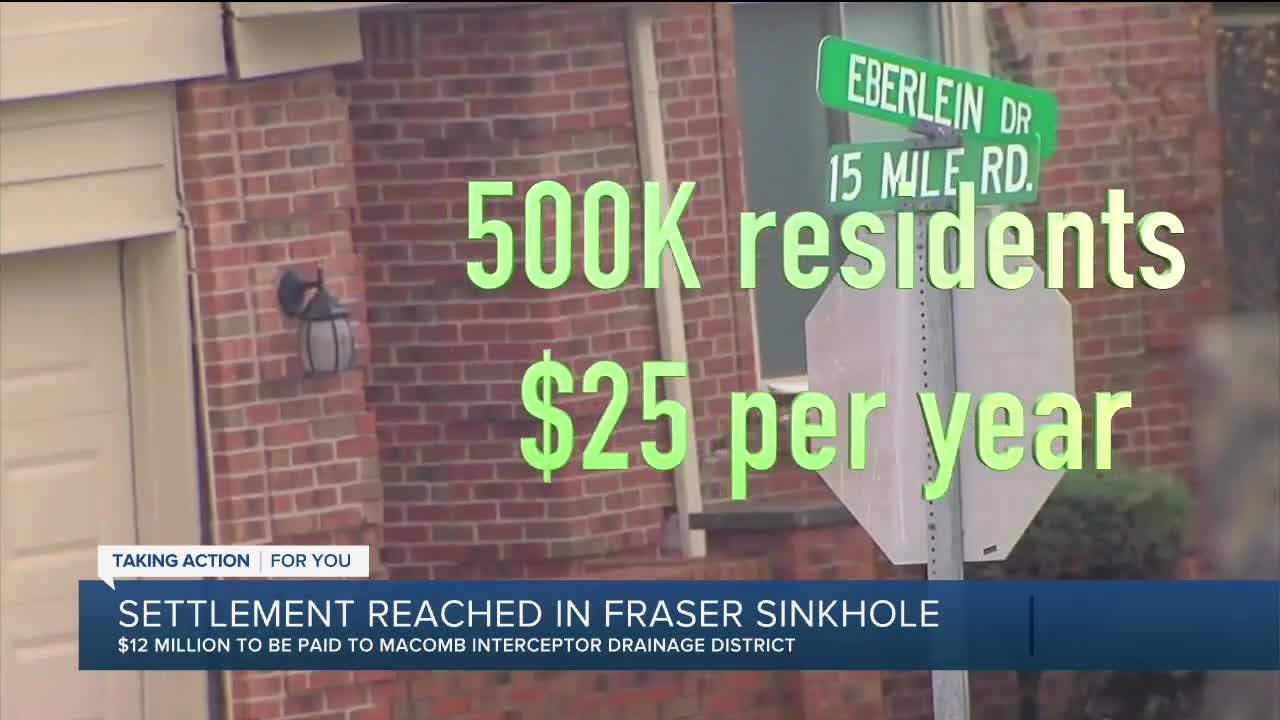 A major settlement has been reached in the Fraser sinkhole case that displaced homes and affected sewer lines. 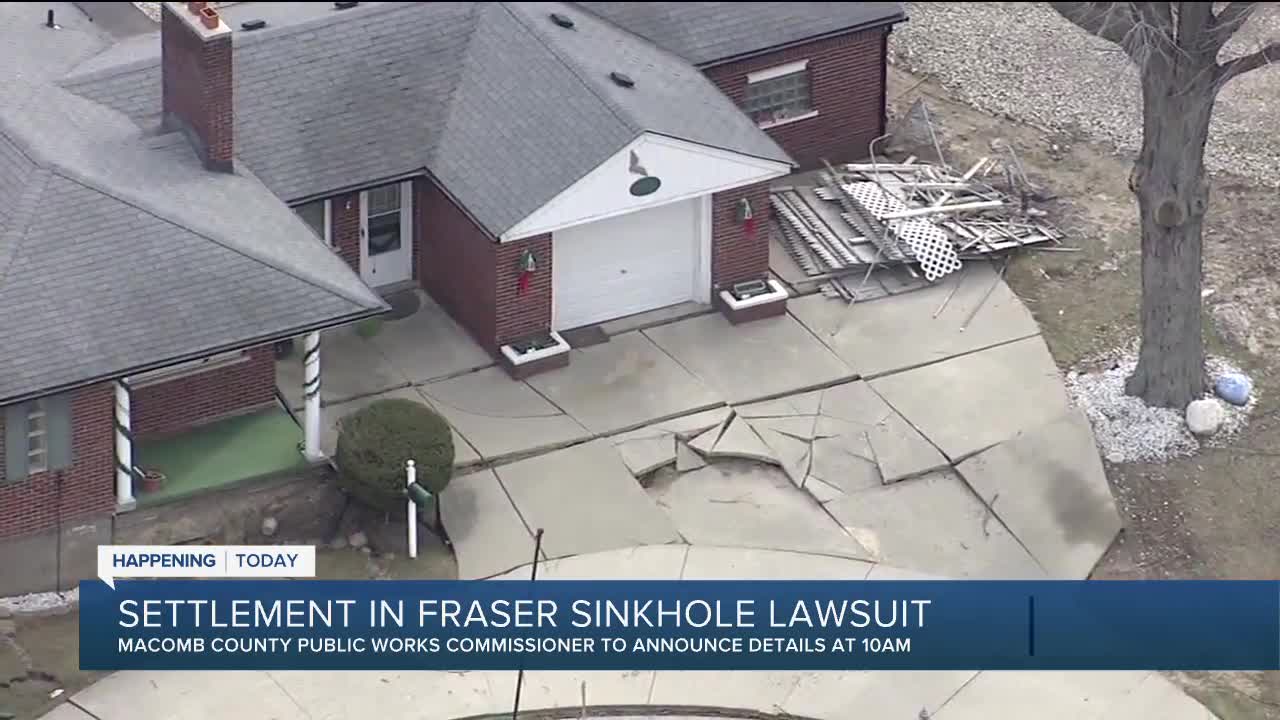 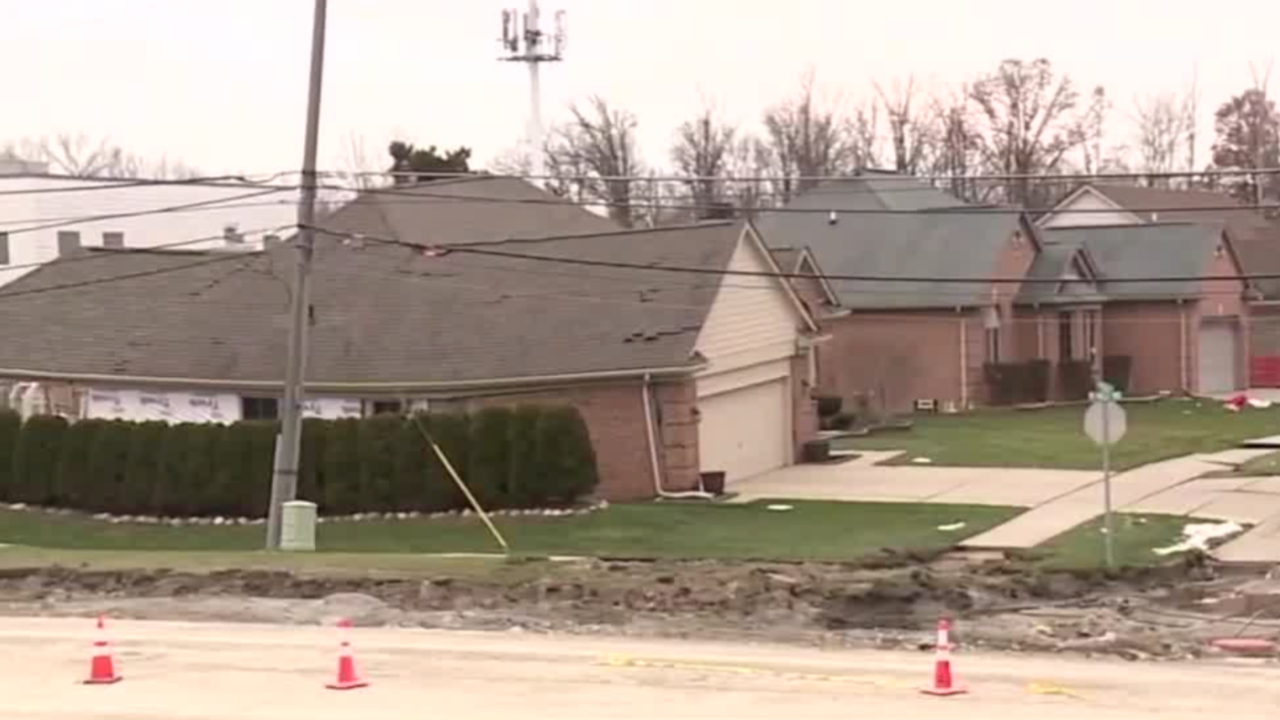 FRASER, Mich. (WXYZ) — A major settlement has been reached in the Fraser sinkhole case that displaced homes and affected sewer lines.

The county announced that $12.5 million will be paid to the Macomb Interceptor Drainage District.

At the time, Commissioner Candice Miller said it's probably the county's worst infrastructure disaster ever.

On Dec. 24, 2016, a sinkhole at 15 Mile Road and Eberlein Drive displaced three Fraser homeowners. Their property had to be condemned. Two were demolished after a crack in sanitary sewer pipe opened up, causing sand to infiltrate the pipe and the 11-foot sewer main collapsed. The ground then gave way.

Officials cited human error by three contractors was to blame.

The massive sinkhole caused $75 million in damages, as well as people losing their homes.