$3,000 reward for information leading to an arrest 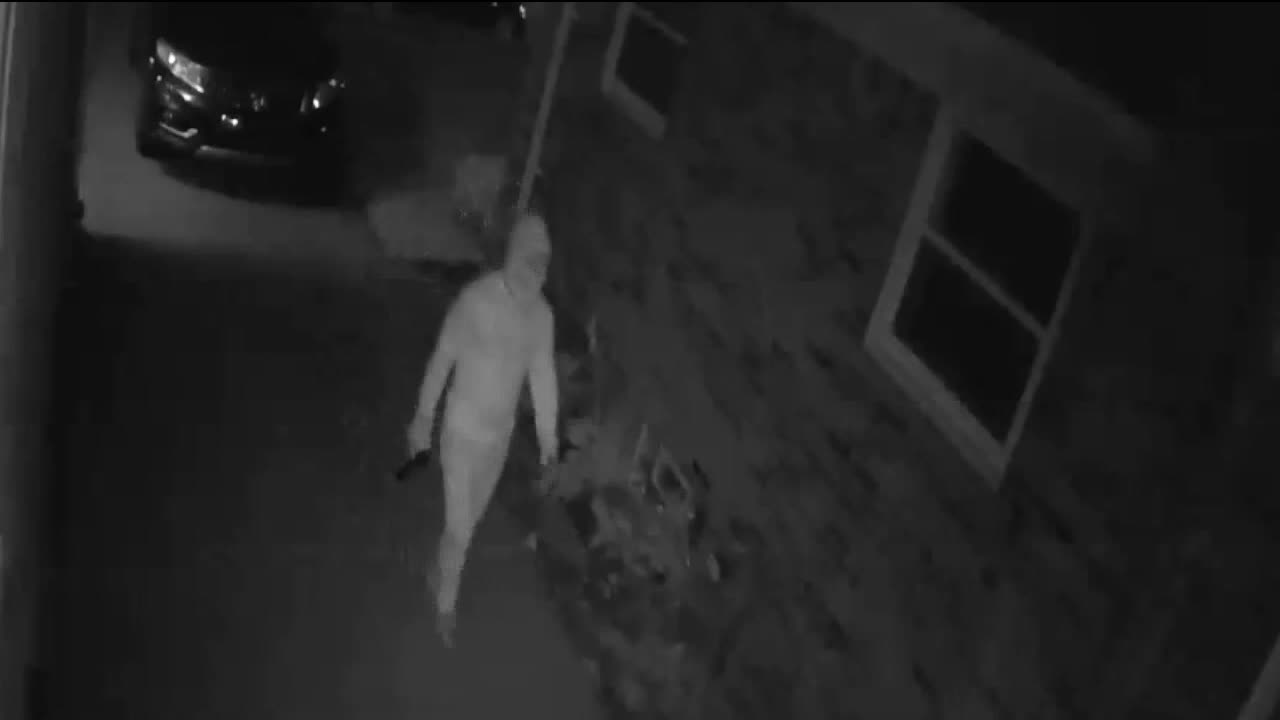 Just days after having a rock thrown through their living room window and vehicles vandalized with swastikas, a Warren family has been targeted yet again – this time with gunfire – according to Warren police. 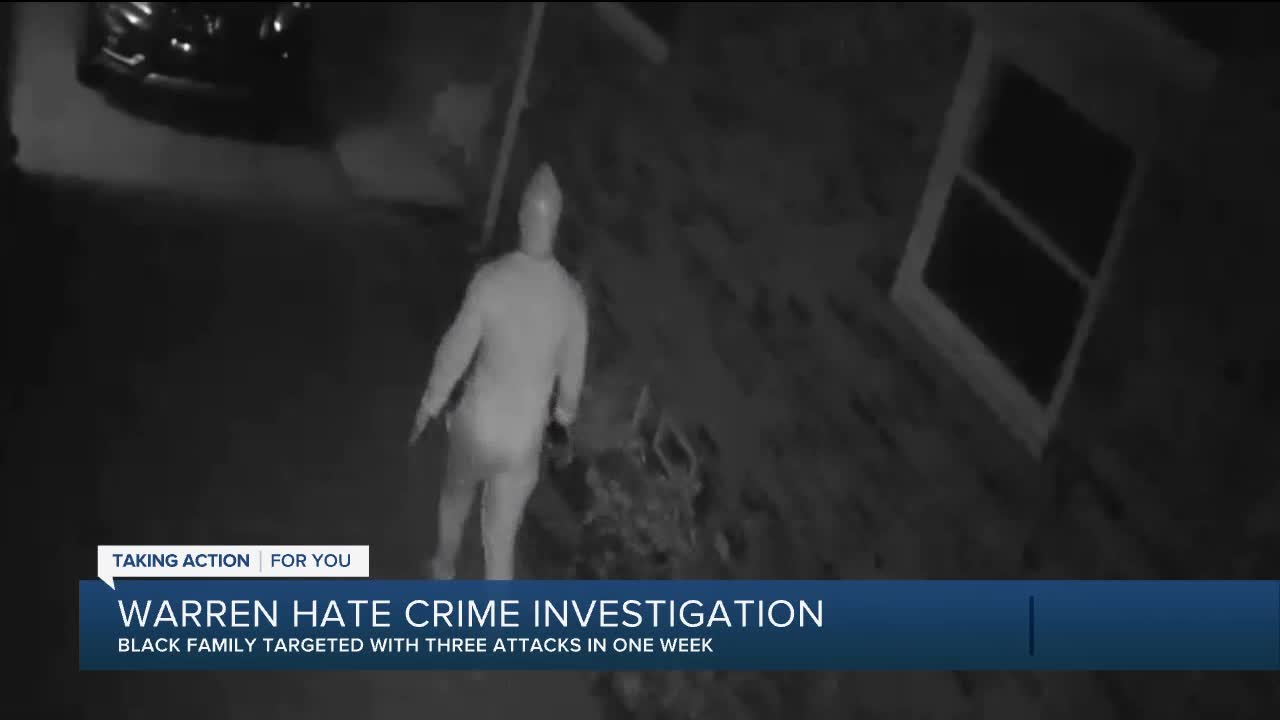 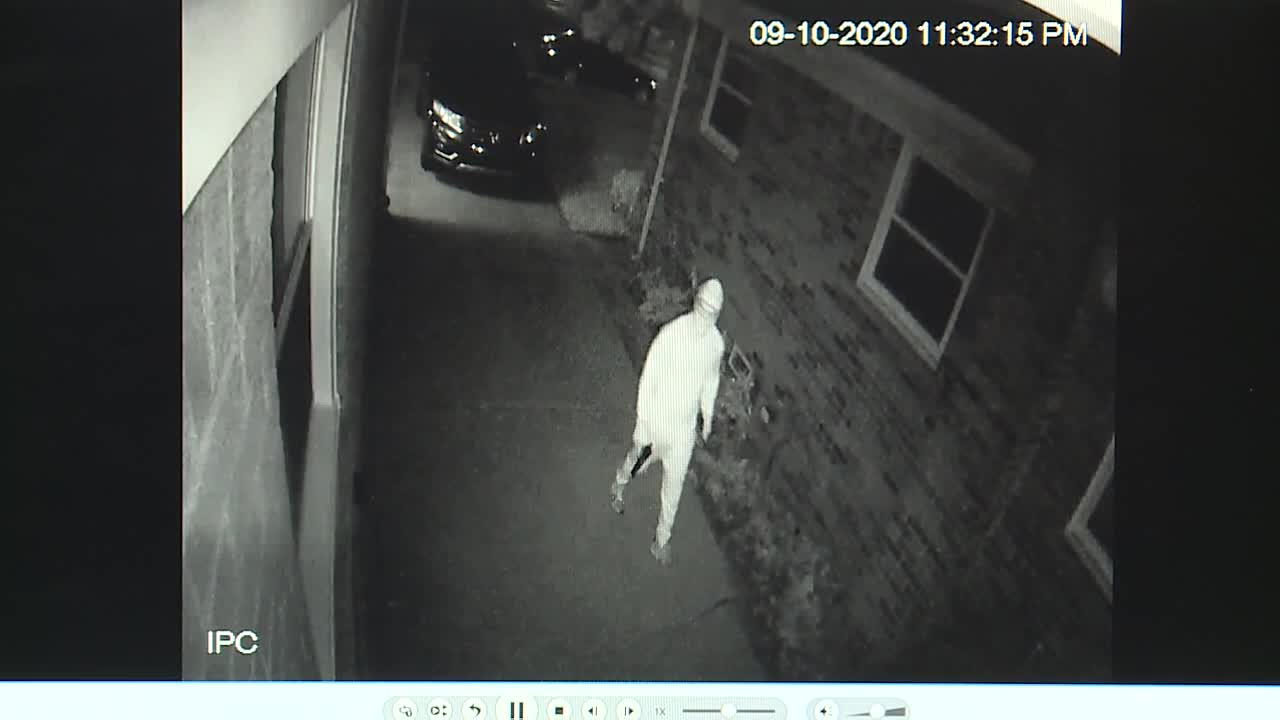 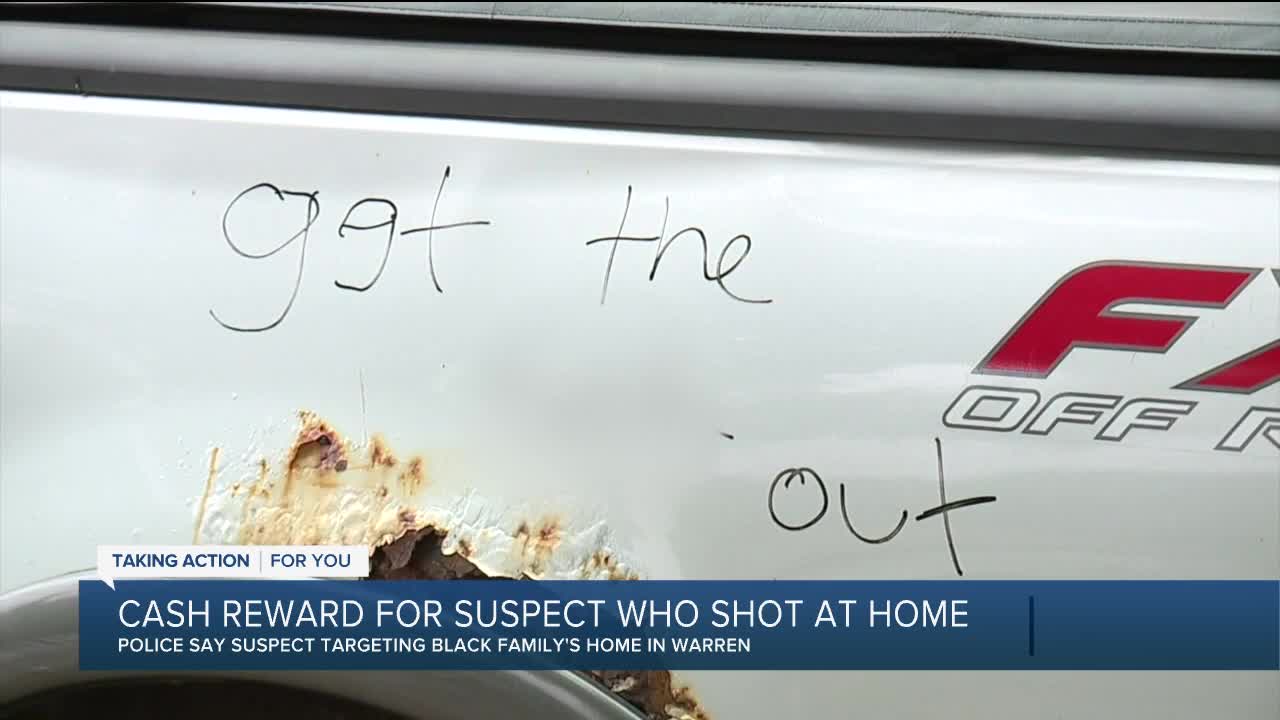 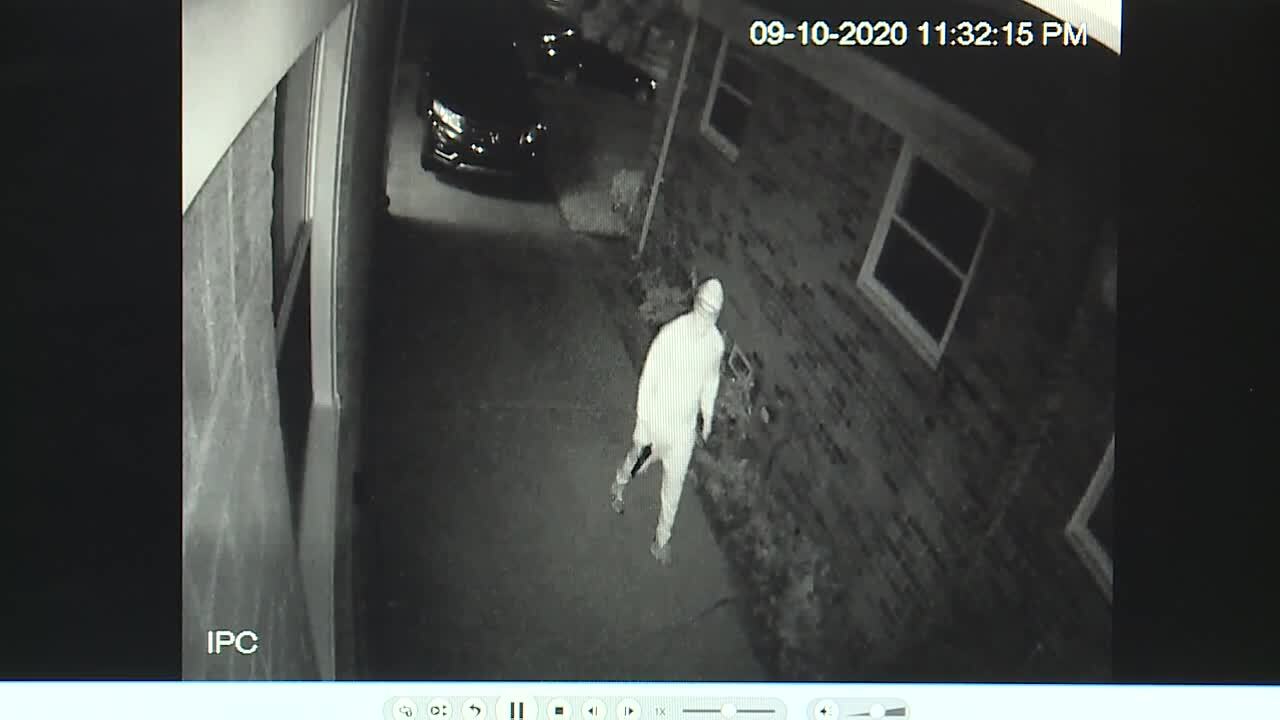 WARREN, Mich. (WXYZ) — Just days after having a rock thrown through their living room window and vehicles vandalized with swastikas, a Warren family has been targeted yet again – this time with gunfire – according to Warren police.

Police Commissioner Dwyer held a press conference Friday with homeowners and veterans Eric and Candace Hall, the victims of racist vandalism and intimidation.

According to Dwyer, the suspect appeared at the Hall's home a third time Thursday night carrying a handgun. Dwyer said the suspect fired a shot into the family's living room window, ran away then fired a second shot into the home.

"For something to happen like this. It’s a violation of my rights," said Eddie Hall, a military veteran. "My only safe place is my home. When I get done with work, I go home to relax, talk with my kids, have family time."

Police say the suspect was also armed the first time they targeted the Hall residence. The incidents happened Monday, Wednesday and Thursday.

"For someone to do what they’re doing right now is unacceptable. I am so upset as there’s nothing I can do to comfort my family," Hall said. "My daughter is terrified, she doesn’t even want to be in the house."

Right now, the Warren Police Department believes the people responsible for the attacks live in the neighborhood.

There is a $3,000 reward for any information leading to an arrest.

Watch the full press conference below: