'Some progress made' as UAW-GM negotiations continue amid national strike 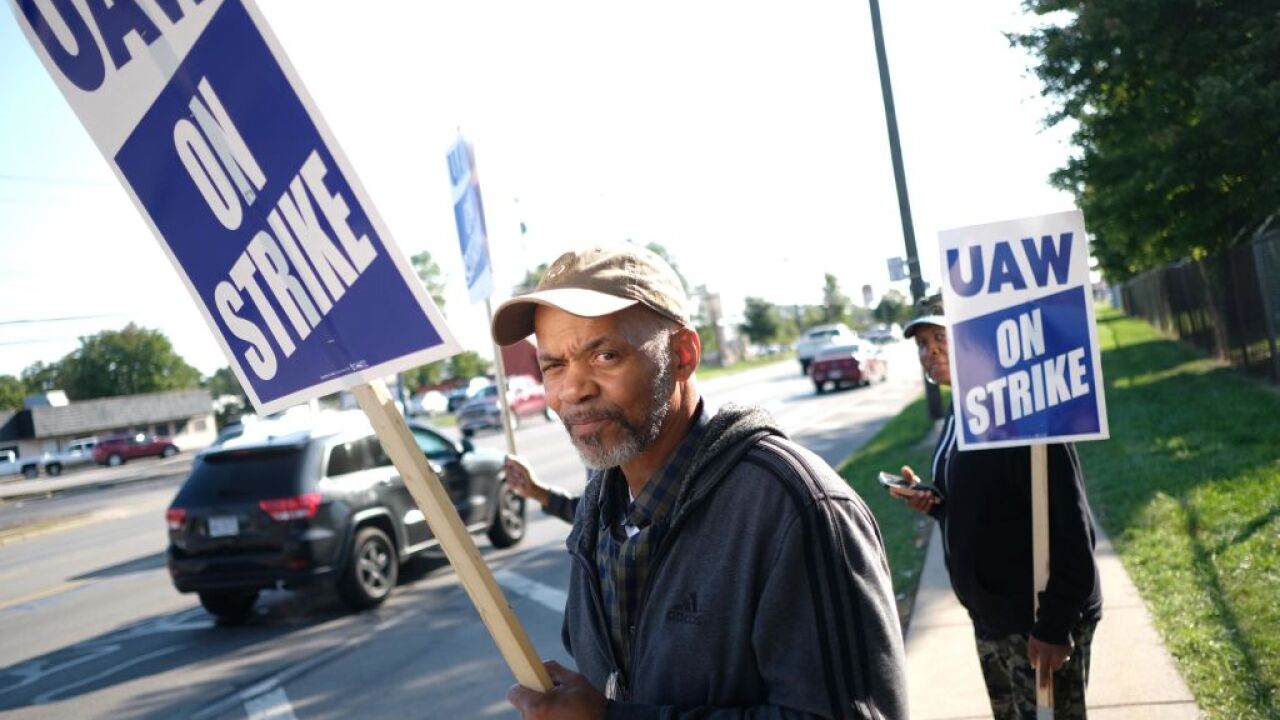 J.D. Pooley/Getty Images
TOLEDO, OH - SEPTEMBER 18: General Motors worker Richard Bell, who has been with GM for 43 years, holds a sign in front of the GM Powertrain Plant on September 18, 2019 in Toledo, Ohio. GM and the United Auto Workers union, which is leading its first strike against the auto maker since 2007, bargained into the evening yesterday and had plans to continue today over wages and health care, according to published reports citing sources familiar with the negotiations. (Photo by J.D. Pooley/Getty Images)

(WXYZ) — UAW-GM Vice President Terry Dittes said in a letter Thursday that there has been "some progress" made during negotiations, however, there are still many unresolved issues that concern UAW members.

"Your elected Bargaining Committee and the UAW International Staff have been working long hours each day for weeks negotiating on our Members' behalf," Dittes wrote in the statement. "The process of meeting in subcommittees and main tables will continue this weekend and beyond, if a Tentative Agreement is not reached."

United Auto Workers members began a national strike against automotive giant General Motors at 11:59 p.m. Saturday night, and began picketing Sunday morning. The strike is in its fourth day, with negotiations continuing between GM and UAW officials for a possible solution.

On the bargaining table, workers said they are seeking better pay, health coverage and benefits. GM responded saying that a "strong offer" was made to its roughly 49,000 US workers, which included $7 billion in investments and reviving plants in Lordstown, Ohio and in Detroit-Hamtramck.

UAW Vice President Terry Dittes responded to that saying that the union is "disappointed" that the company waited just two hours before contracts were set to expire to provide its first "serious offer."

"Had we received this proposal earlier in the process, it may have been possible to reach a tentative agreement and avoid a strike," Dittes said.

In an update sent to media Thursday afternoon, Dittes added that the "strike is for all the right reasons: to raise the standard of living of our Members and their families and for workers across this country, to achieve true job security, our fair share of the profits, affordable health care and a path to permanent seniority for temporary members."