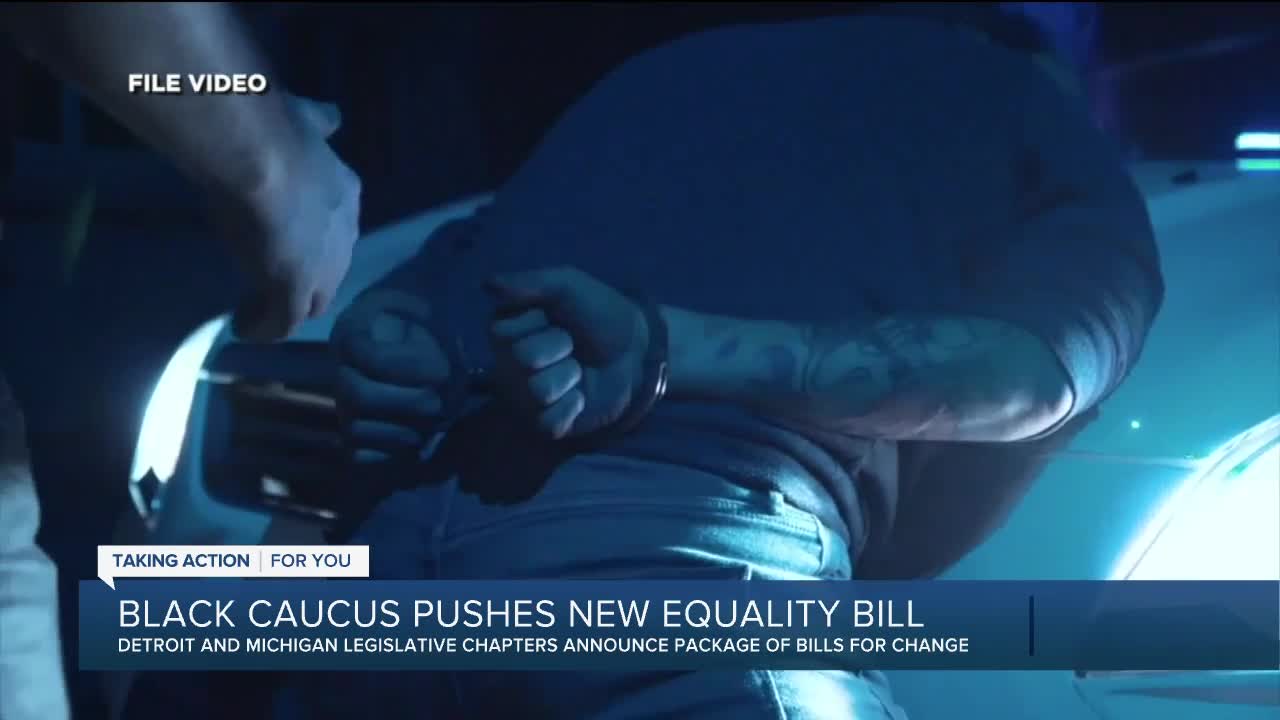 State Democratic lawmakers announced a package of bills they say revolve around four major reforms that involve police accountability, use of force protocols and community oversight.

Some of the proposed reform includes prohibiting the use of facial recognition technology and the creation of an independent entity to investigate and prosecute cases in which an officer is accused of using excessive force.

“As a former law enforcement officer, a Black man, and simply a human being, I am disgusted by the criminal actions of officers who abuse their power,” said State Rep. Tyrone Carter of Michigan's 6th House District. “No one should have to live with the fear that their loved ones will be murdered at the hands of those who have sworn to protect and serve – but Black families do every day."

Rep. Sherry Gay-Dagnogo said they are seeking bipartisan support for the package of bills called "Equal Justice for All."

Here are what the lawmakers call the "four pillars" of the proposed legislation as they've detailed in their announcement Wednesday:

The first pillar of the plan would establish measures to increase accountability for law enforcement agencies and officers by creating an independent entity to investigate and prosecute excessive force cases, eliminating qualified immunity when officers use unreasonable force and prohibiting the use of facial recognition technology.

The second part of the Democratic plan would establish standardized use of force guidelines and consequences for violations, as well as expanding the definition of excessive force to include verbal, psychological and physical force and threats. The plan would also prohibit chokeholds or any restraint, putting pressure on an individual’s neck and no-knock warrants.

The third component of the plan addresses the need for increased transparency and oversight for law enforcement officers and agencies. Democrats propose creating a statewide framework for citizen review boards and establishing them in each community. The plan would also require all disciplinary records remain in an officer’s personnel files and make the records publicly available.

The final pillar in the comprehensive plan seeks to reinvent public safety by establishing crisis intervention teams of social workers and mental health specialists to answer certain distress calls, as well as incentivizing police officers to live in the communities they serve. The plan would also expand the definition of hate crimes to include people who make false 9-1-1 calls based on race, color, nationality and sexual orientation and make it possible for survivors of these incidents to seek civil action.