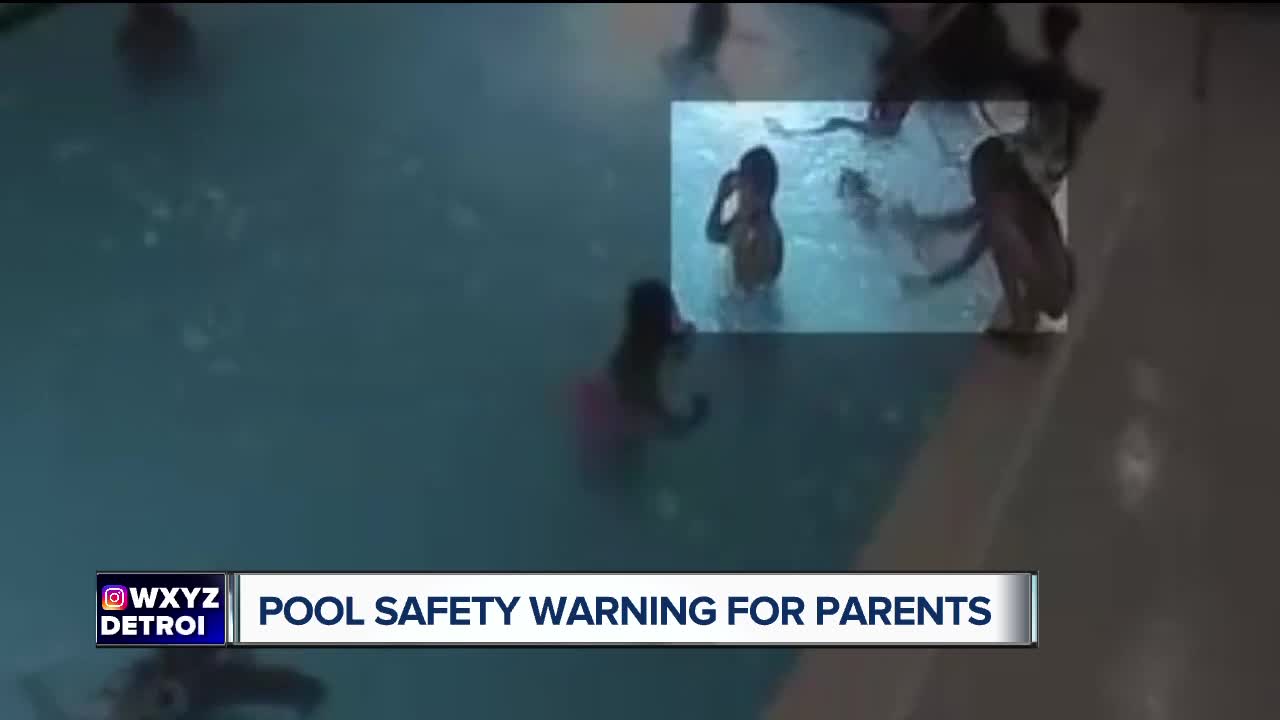 Yesterday, we showed you the gut-wrenching video of a 2-year-old boy nearly drowning a Livonia hotel in January. This story serves as a great reminder to families that it can take seconds for a fun event to turn tragic.

TROY, Mich. (WXYZ) — Yesterday, we showed you the gut-wrenching video of a 2-year-old boy nearly drowning a Livonia hotel in January. This story serves as a great reminder to families that it can take seconds for a fun event to turn tragic.

The video may be hard to watch. You can see many people nearby, but they didn't notice what was happening until another child saw the toddler. Thankfully that little boy survived.

“Many families don’t realize how quick it can happen,” said Anna Anderson, an Infant Swimming Resource instructor. “Teaching a child how to save themselves in a potential drowning situation.”

That’s exactly what Anderson teaches as an Infant Swimming Resource instructor at the Troy Community Center. She knows firsthand the importance of pool safety.

Anderson’s 4-year-old son almost drowned when she turned her back for a brief moment to tend to her other children.

“It rocked my world," she said. "I will never be the same. He was unconscious. He was a lifeless child. The doctors that examined said he shouldn’t be OK and that someone upstairs is watching over him.”

Now, her boy is a healthy 16-year-old and she has dedicated her life to preventing this type of tragedy.

“How did this happen to me? I’m a good parent," Anderson said. "It doesn’t mean you are a bad parent.”

“Swim underwater holding their breath using their arms and legs to propel themselves forward," she described. "When they need to rest, they are taught to rotate to their back and float on their back and rest and breathe independently and then flip over and swim again until they reached safety.

“Assign someone to watch your child. If you’re going to leave.”

Morgan Thrasher of the Troy Community Center added, “Don’t swim alone, regardless of age. Don’t take your eyes off the pool. See what’s around you that you can use to self rescue.”

Kelly Woolbright is a mom who enrolled her toddler and 4-year-old in Anna’s class.

“Nobody is drown proof," Thrasher said. "I think it’s important you’re always around. If they did get in the water or fell in they would be able to float.”

We’re told the mom in the Livonia incident was near the pool and the case has been turned over to the Wayne County Prosecutor's Office.

Anderson wants this story to serve as a reminder of water safety.

“I really hope that good comes out of it,” she said.