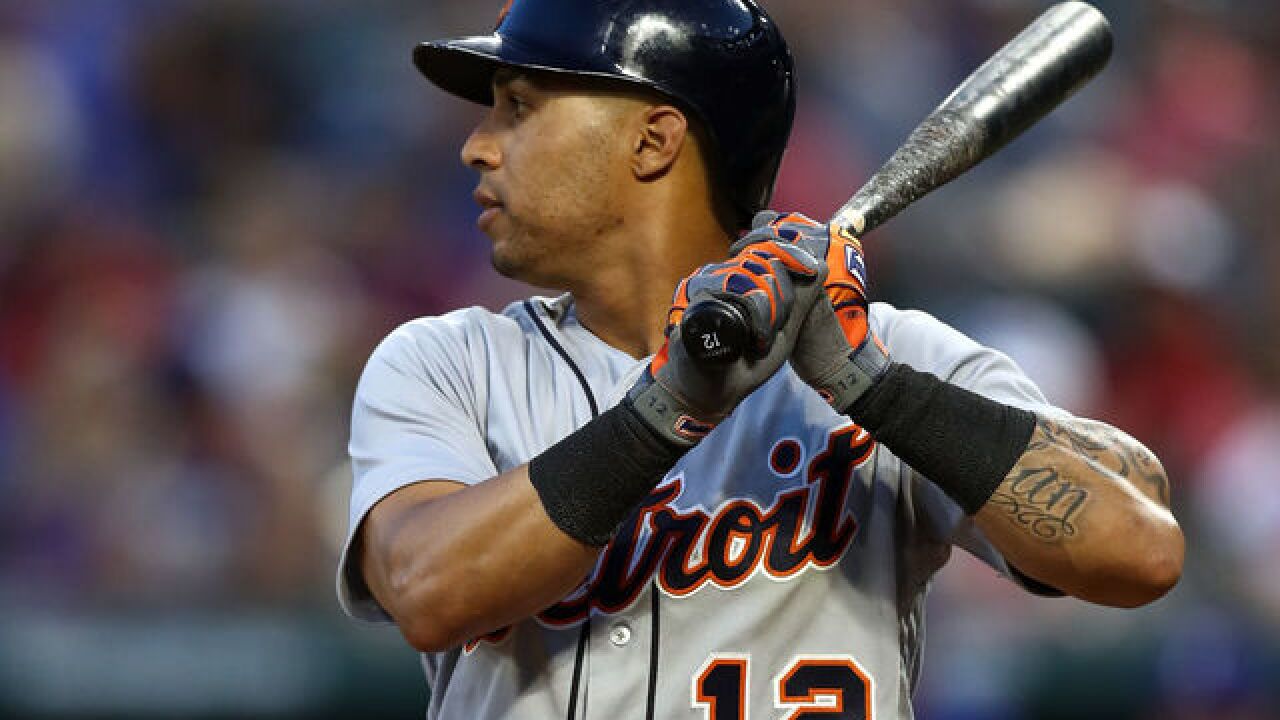 Image copyright 2018 Getty Images. All rights reserved. This material may not be published, broadcast, rewritten, or redistributed.
Ronald Martinez
<p>ARLINGTON, TX - MAY 07: Leonys Martin #12 of the Detroit Tigers at Globe Life Park in Arlington on May 7, 2018 in Arlington, Texas. (Photo by Ronald Martinez/Getty Images)</p>

The Detroit Tigers announced Tuesday they have traded outfielder Leonys Martin and pitcher Kyle Dowdy to the Cleveland Indians in exchange for infield prospect Willi Castro.

Castro, 21, is Cleveland's No. 8 prospect, according to MLB pipeline, and was with the Akron Rubberducks this season, where he had 91 hits and 55 runs with a .245 batting average. He is a shortstop.

Dowdy has spent the season between AA Erie and AAA Toledo where he has an 8-8 record with a 4.74 ERA.