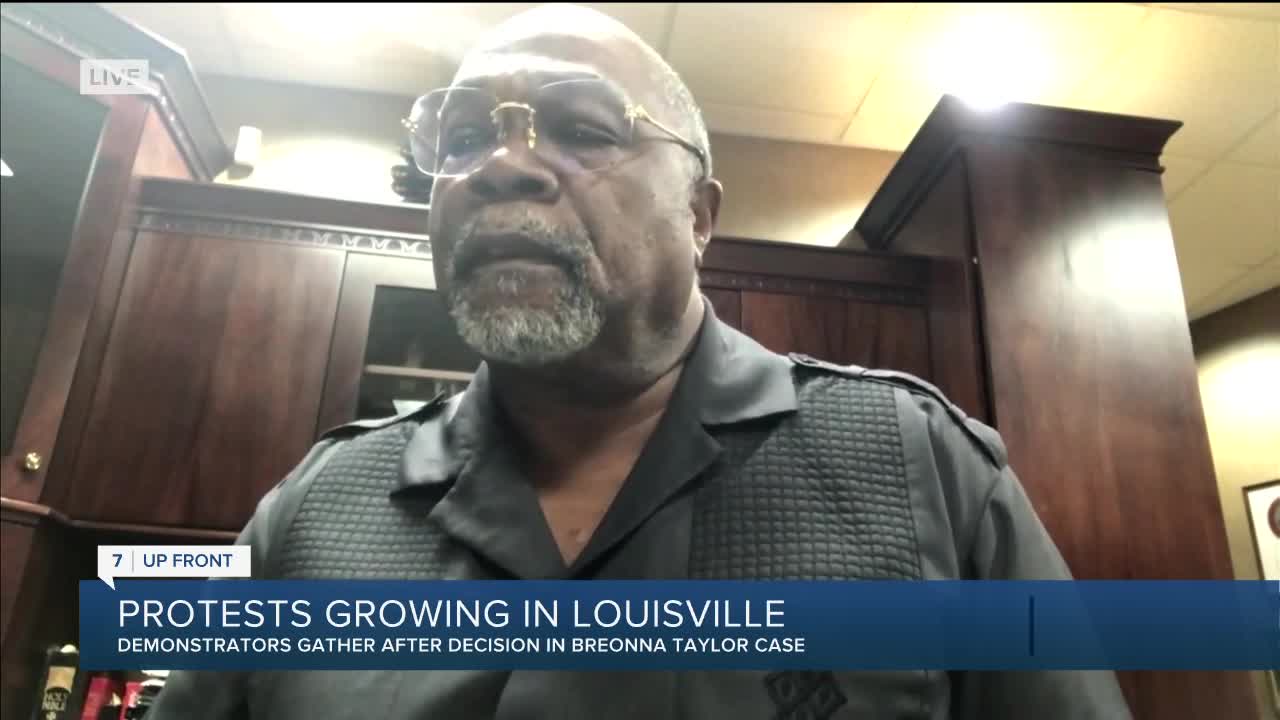 Protesters are again in the streets in the wake of today's announcement regarding charges in the search that led to the death of Breonna Taylor. 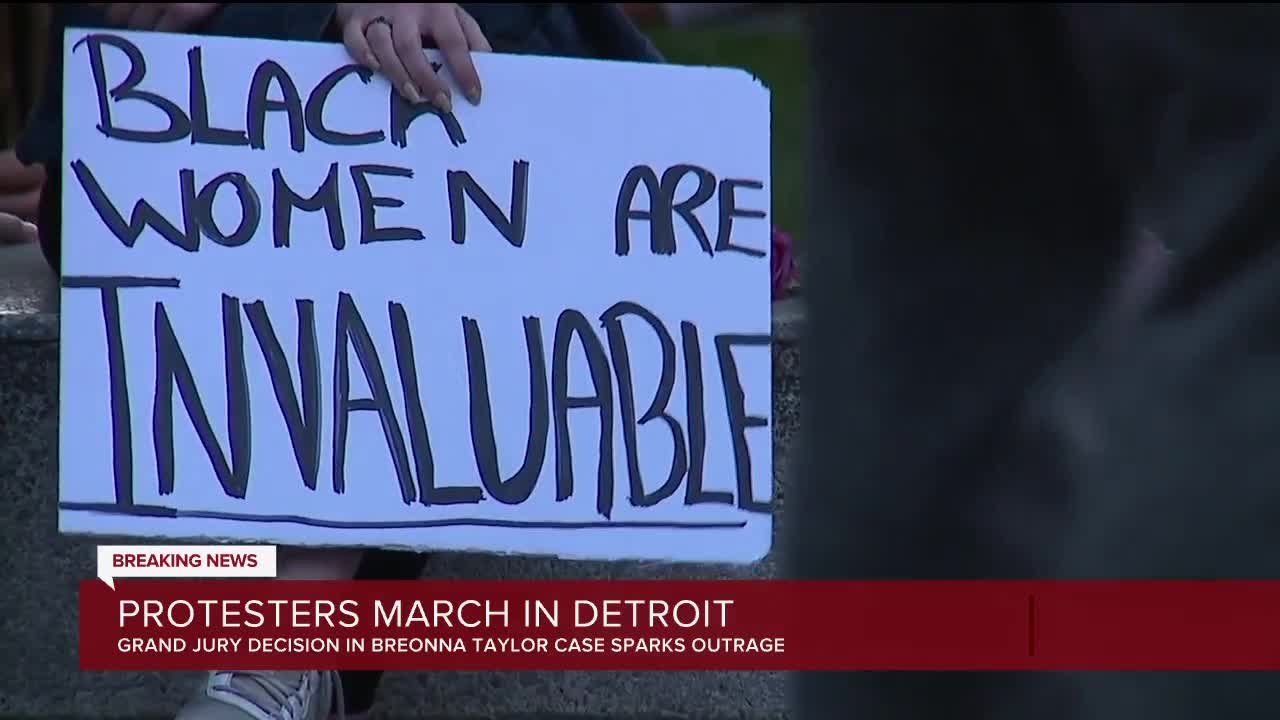 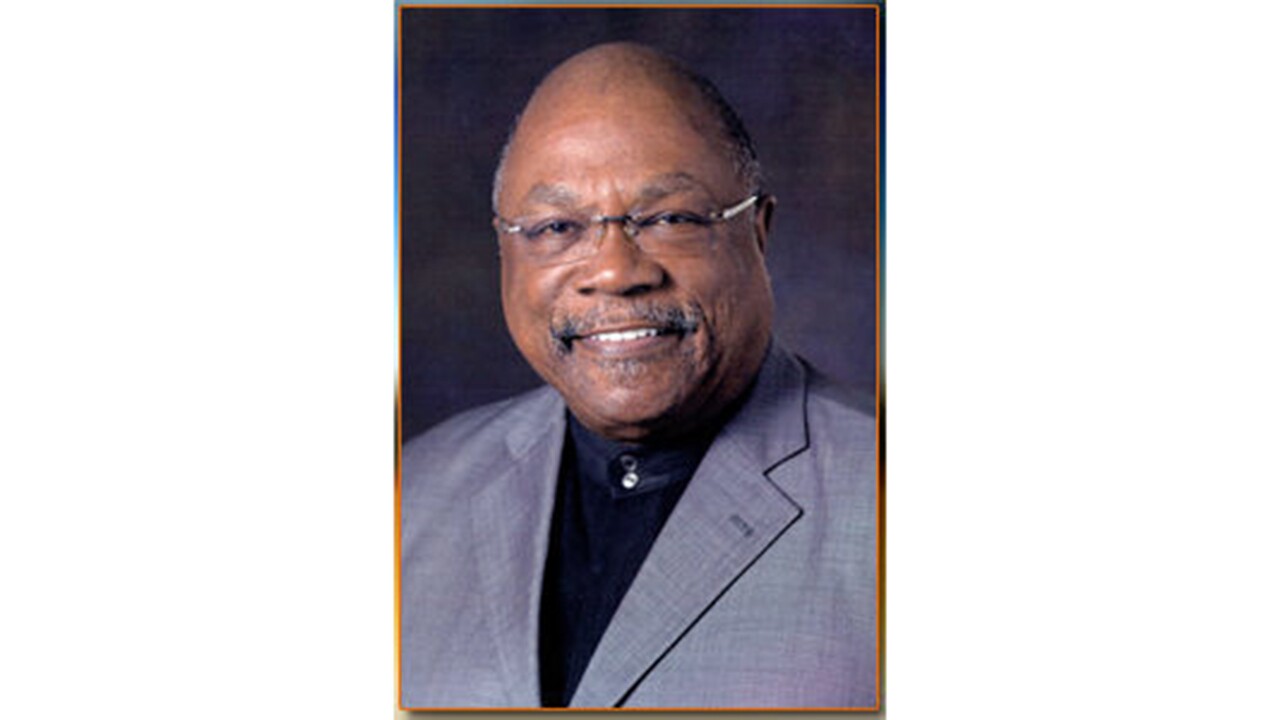 (WXYZ) — Protesters are again in the streets in the wake of today's announcement regarding charges in the search that led to the death of Breonna Taylor.

Those protests have also returned to Detroit where Detroit Will Breathe is holding a march tonight.

The President of the Detroit branch of the NAACP is joining up to talk about these latest developments, as well as those surrounding the November election.

You can see his entire 7 UpFront interview in the video player above.

"If anyone ever wondered why young people and older people are marching, it is for this reason. If you ever wondered why Colin Kaepernick first took the knee, it if for this reason, because there seems to be no justice, no peace. We've been waiting all this time for justice for Breonna Taylor and for other individuals and it seems to be eluding us. The fact that no one was charged with her murder means that that life is not as significant as others. They charged some reckless situation by bullets going into the apartment next door and they didn't kill anybody. And then they did not charge people that shot into the apartment that killed somebody, in this case, Breonna Taylor. It says that we still have a journey to go. I don't trust this Justice Department under Bill Barr, because this president, who's gone on record, won't even acknowledge that black lives matter, won't even talk about racial disparities in this nation. So we have a situation here and for young people who are out there, who are wondering now what they must do, you must move to the next level, you gotta vote these rascals out. You gotta move towards change, you gotta keep, not only protesting, but you gotta move towards policy. That's why it's important that we reform police departments. That's why it's important that we deal with No Knock laws, and we deal with chokeholds and we deal with collateral damage. We are not collateral damage. We are real people. We believe in justice, no just us. And tonight the blindfold has been lifted off Justice. She took a look at who was sitting there in that apartment and she saw a black woman through the courts and it did not pan out to the degree that justice has been applied equally," Anthony said in response to today's developments surrounding the Breonna Taylor case.

When asked about the protests, Anthony said, "The marches very definitely help, but the marches are not the end-all. Once you get through protesting, you have to move to policymaking. If you're going to protest in the street, you have to take your vote to the suite of the voting booth. Tomorrow early voting begins in Michigan. We are looking at the highest number of mail-in ballots that we've ever had in this nation. We have our Take Your Souls to the Polls. We need people to pass out literature, to get information. We're gonna have the largest assemblage of lawyers we've ever had to make sure we are not intimidated. There's some things that we can do. You can vote. You can exercise your franchise and not let them get away with this. That's why Trump is trying to put somebody on the Supreme Court, so he can continue to do this kind of stuff with impunity. We can stop that. We do have some alternatives. As Dr. King said, 'An injustice to anyone, anywhere is a threat to justice to everyone, everywhere' and so we, right now, have the threat of justice, but we don't have to sit here and take it."

When asked what they're doing ahead of the November election, Anthony said, "Voter participating, voter education, voter mobilization. You can call the Detroit branch at 313-871-2087 to get involved. We will have sound cars out in English and in Spanish so that we can get to the demographics in our community. We need literature drops. We need folk that can drive sound cars. If you're a lawyer and you want to get involved, to stand up and to say we're not going to take this. I've has calls to my own home about don't do mail-in voting, cause your credit card to be taken, or somebody will pick you up and discover who you are and you won't be able to get your bills and all of that stuff. That's nonsense. That's people trying to disrupt and suppress the vote. Our lawyers wanna sue somebody if, in fact, on election day we find this mess, we will sue your butt and we will take you to court. We are working with the state, Jocelyn Benson, and all those individuals and so we're simply saying take your souls to the polls. We need you. Now is the time. We who believe in freedom cannot rest and there's no rest for the weary. And you and I believe in freedom, so we cannot rest. We gotta go forward and we can do this.