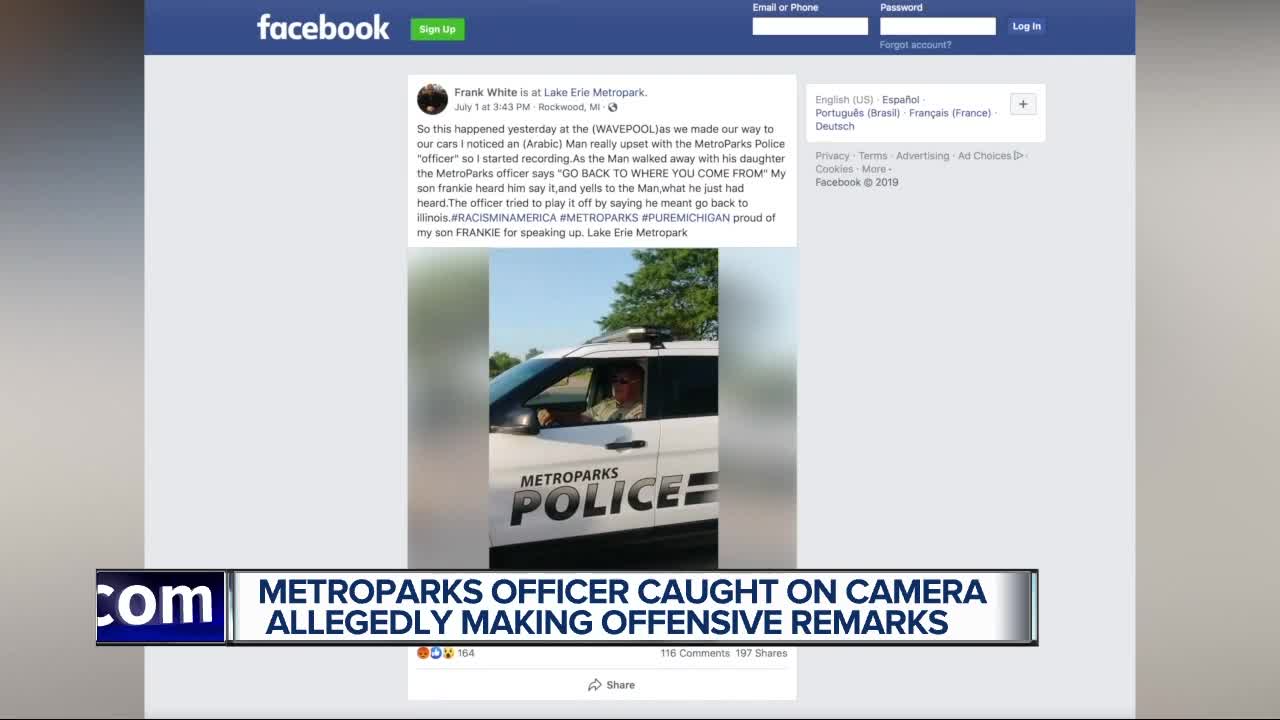 A fiery exchange was caught on video, between a group of Metropark goers in Brownstown Township and a police officer.

BROWNSTOWN TOWNSHIP, Mich. (WXYZ) — A fiery exchange was caught on video, between a group of Metropark goers in Brownstown Township and a police officer.

Several people in the Facebook video posted Monday can be heard questioning the officer, if he allegedly said “Go back where you came from” to an Arab American family.

Seconds later, the officer is heard defending his comments, claiming he meant the state of Illinois. The recent video has been viewed thousands of times.

Park goers celebrating the 4th of July, tell us they found the comments to be “unacceptable and disrespectful.” The Chief of Police tells 7 Action News an internal investigation is being launched, and will be fully transparent.

The officer is still currently working for Erie Metroparks and has not been suspended. Park goers say they won’t stop coming there or enjoying the park, but they do hope disciplinary action is taken to make sure this doesn’t happen again.