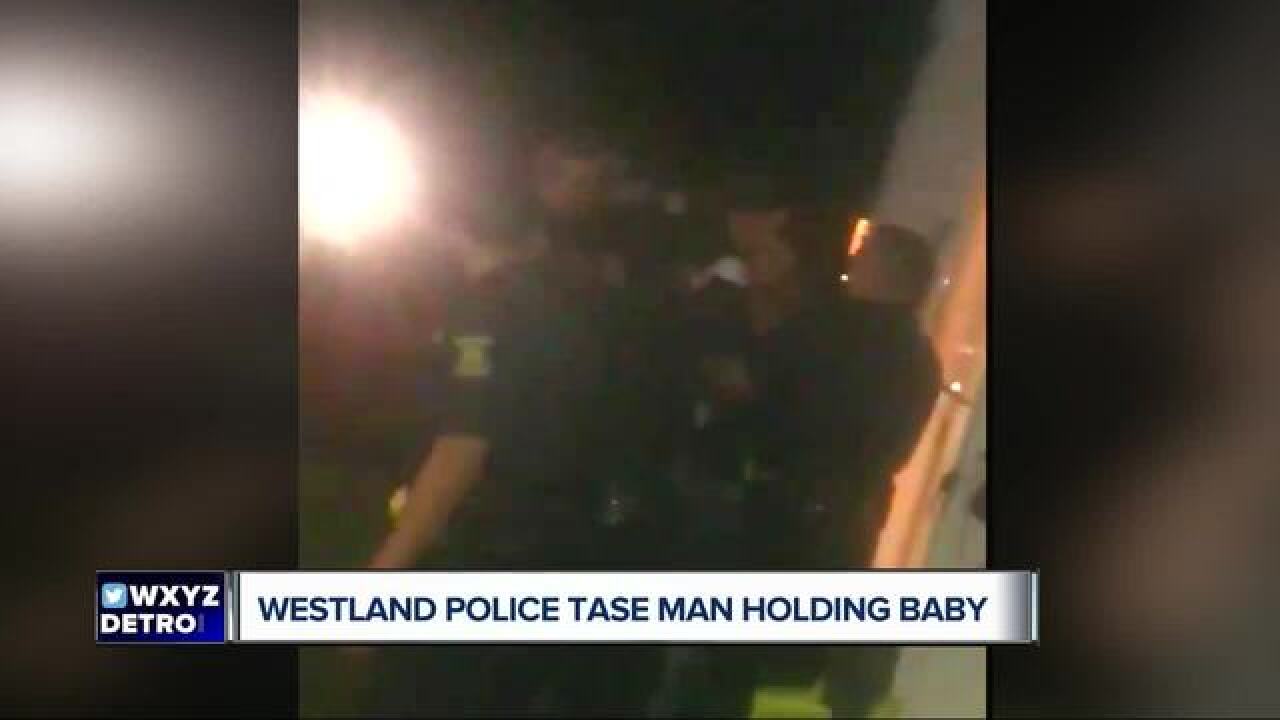 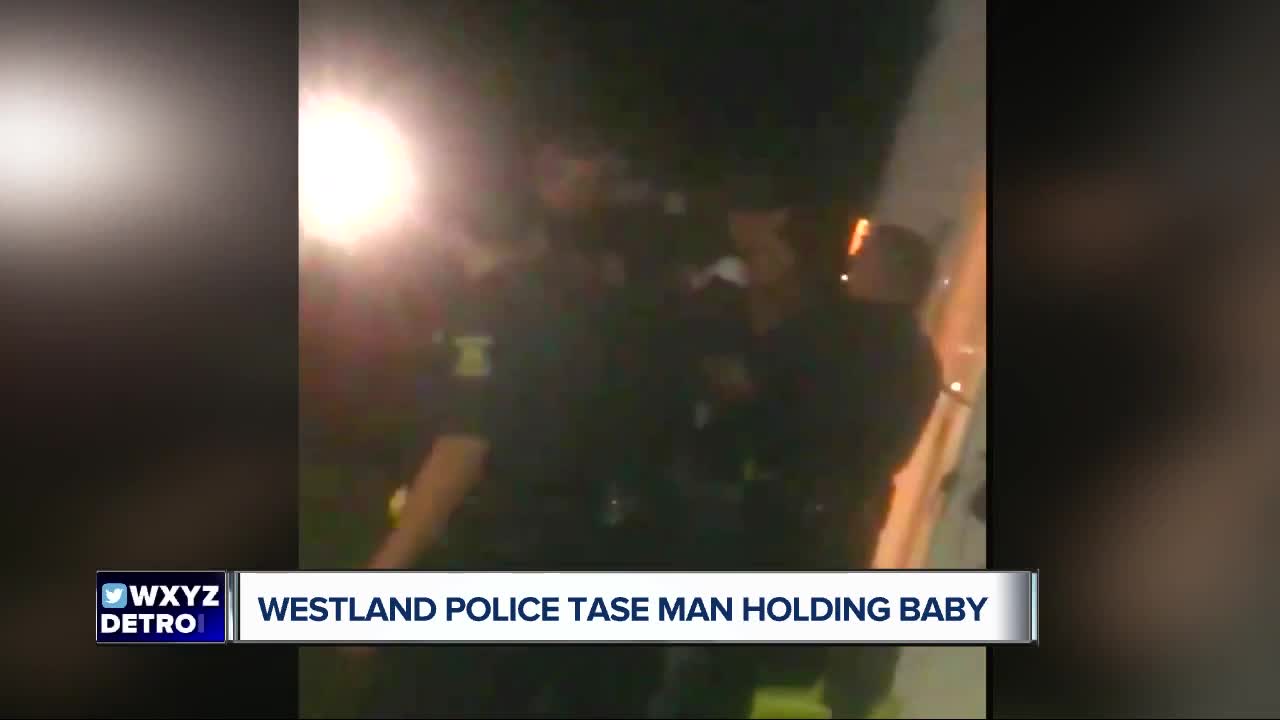 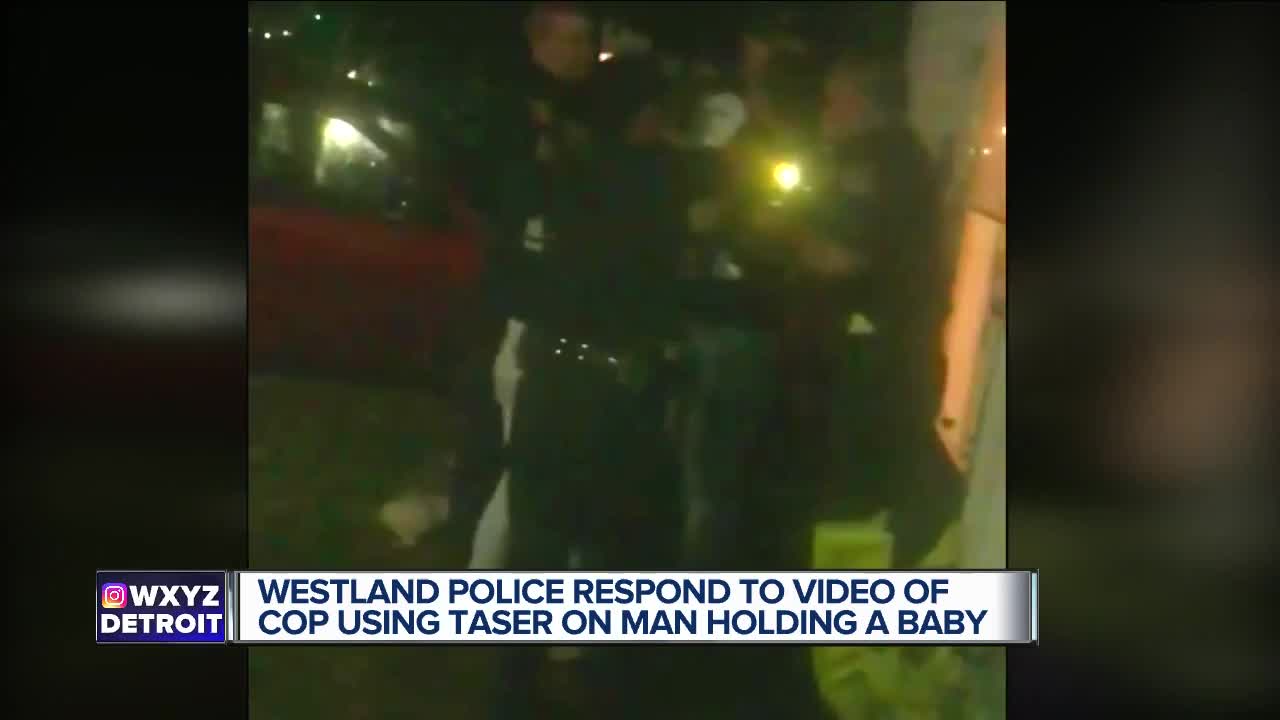 A video that has gone viral on Facebook appears to show a Westland Police Officer tasing a man as he is holding his two-month-old baby.

The incident happened Friday night at a home on Alberta Court where neighbors were having a barbecue. Witnesses said police arrived because of a call about a fight.

“We were just barbecuing, and we saw the cops come up,” neighbor Kelvin Williams said. “They came up and asked us who was fighting. We were like, ‘You got the wrong house.’”

Williams said they didn’t understand what the officers were talking about.

“At that point, my friend Ray got a little agitated like you’re coming over to my house, my property and you're asking me about something I don’t know about,” Williams said.

According to witnesses, Ray Brown then began to argue with officers. Williams said that is when he decided to record video on his cell phone.

In the video, officers told Brown was going to be arrested. Then told someone holding the baby to get him out of there

Officers then crowd into Brown with a taser out. Nichole Skidmore, Brown’s girlfriend, and mother to two-month-old Christopher come to try and take the baby.

It appears in the video that Brown was still holding on to the baby and in the midst of passing the baby on to Skidmore when he is tased.

“I had to catch the baby," Skidmore said. "I was in the street talking with the cops. I had to come over. The taser is on this side of him, and the baby is over here. As soon as they start tasing him the baby flew out of his hands and I had to grab him, or he would have fell.”

Brown was arrested and placed in custody soon after that.

Westland police released this statement to 7 Action News on Monday:

On August 17th Westland Police Officers were dispatched to an address on Belding Court in Westland on report that a male subject had physically assaulted a female and that he had damaged her vehicle.

Like all Use of Force incidents, The Westland Police Department will conduct a thorough internal investigation to determine whether policy and procedure was followed and whether the incident was handled correctly. At this point in time that investigation is only in the beginning phase.