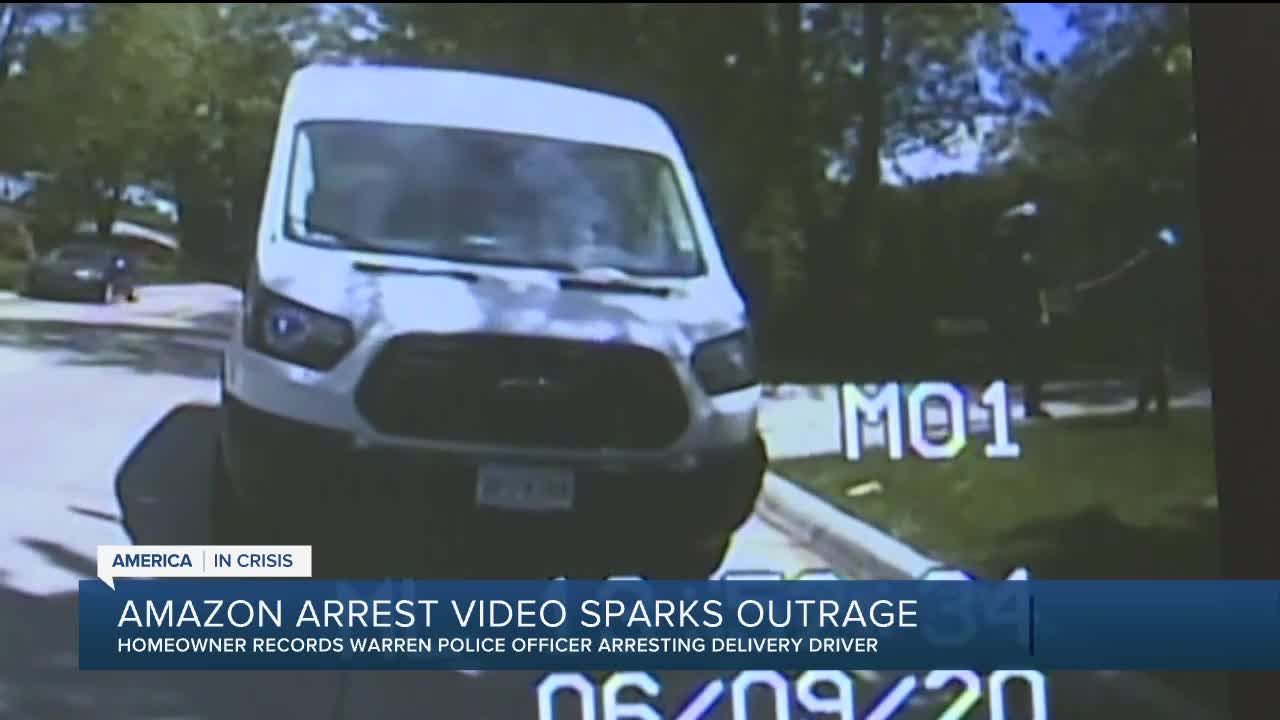 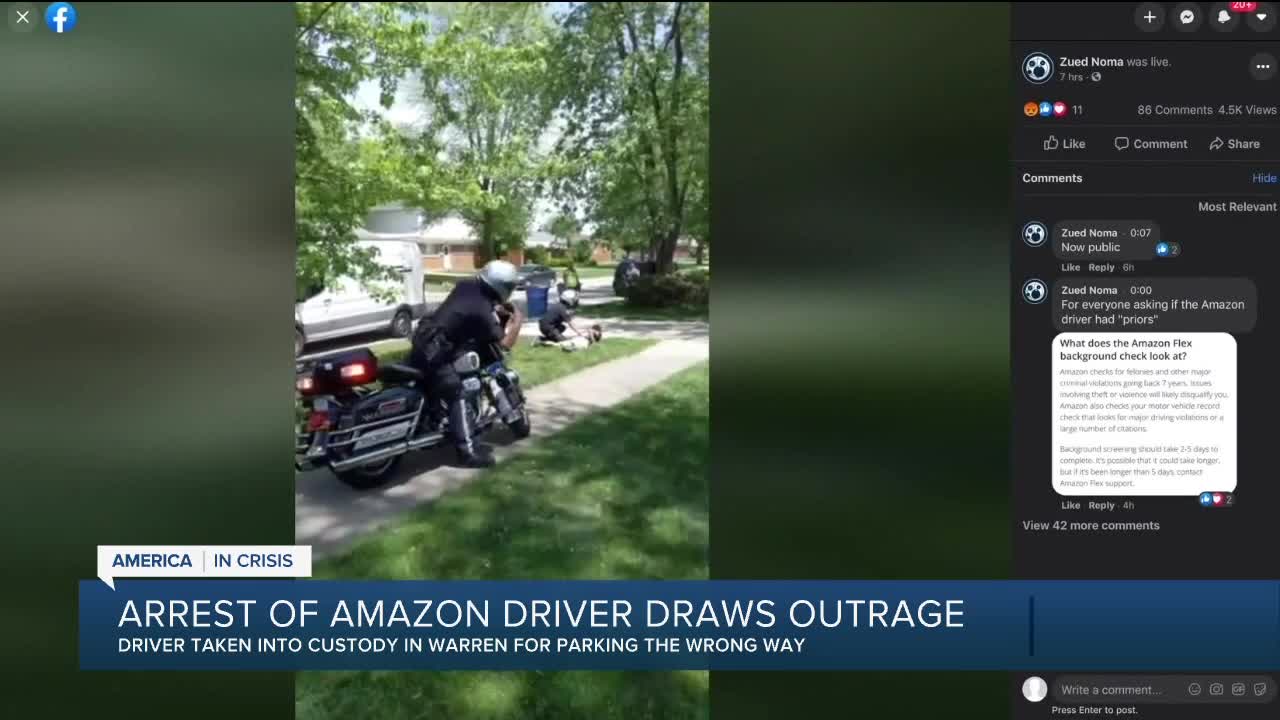 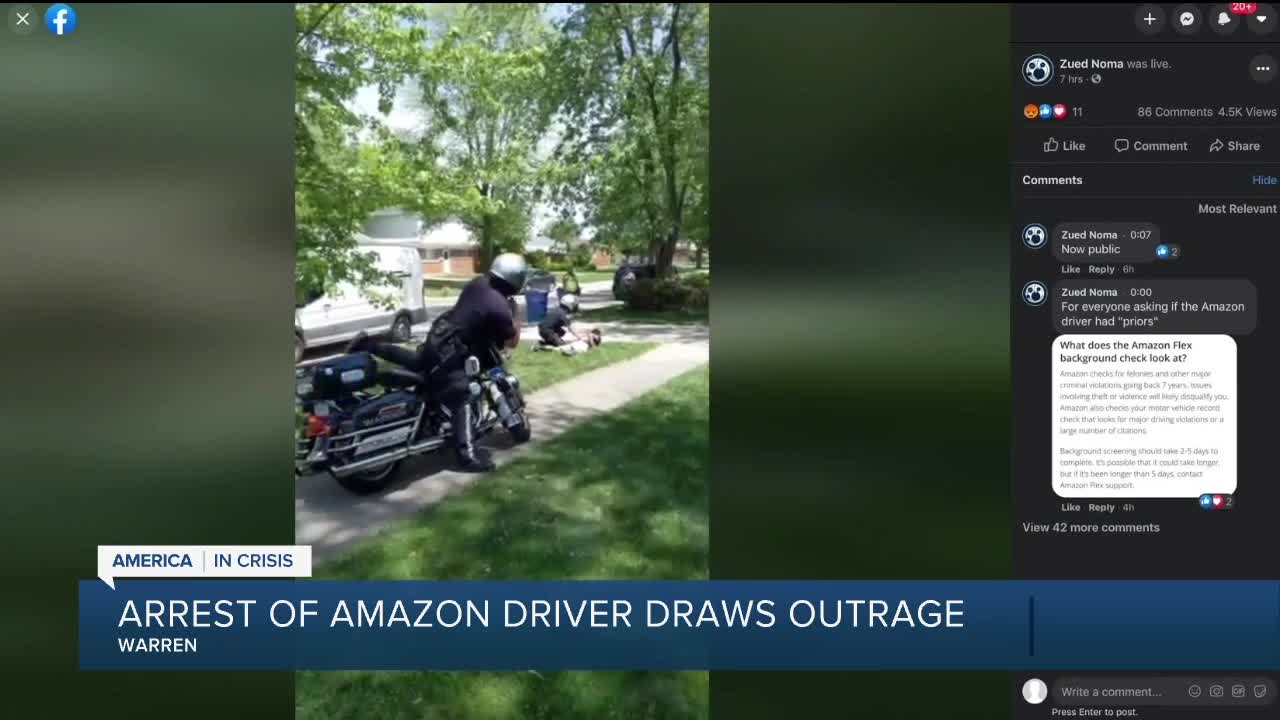 WARREN (WXYZ) — Most of what happened between an Amazon delivery driver and police was caught on video by a neighbor, who went live on Facebook. Those who saw the incident with police are also talking with 7 Action News, and sharing disappointment.

The video posted to Facebook, viewed more than 5,000 times and going viral, shows what happened at 2 p.m. The driver had parked facing the wrong direction. A neighbor says when an officer arrived and asked to see a license, he did not immediately show it to the officer.

“He was aggressive taking him down to the ground. It was so ridiculous over a traffic offense” says Jim Michaels, who ordered the package on the 11,300 block of Engleman.

Police say the driver was released after his arrest. There were also no injuries. Internal Affairs is now investigating. That officer remains on paid leave, pending the outcome of an investigation.

On his Facebook Page, Mayor Jim Fouts issued a statement partly saying “I received several phone calls earlier regarding this incident requiring me to make a statement that any type of aggressive behavior is not tolerated. I was upset one individual could possibly besmirch the fine reputation of Warren police officers.”

“We see what others see in these videos, and it’s unacceptable," Amazon said in a statement regarding the incident. "We expect a swift investigation and full accountability for those involved. Amazon will deploy all necessary resources to investigate the matter with our Delivery Service Provider, as well as to represent and support the driver.”