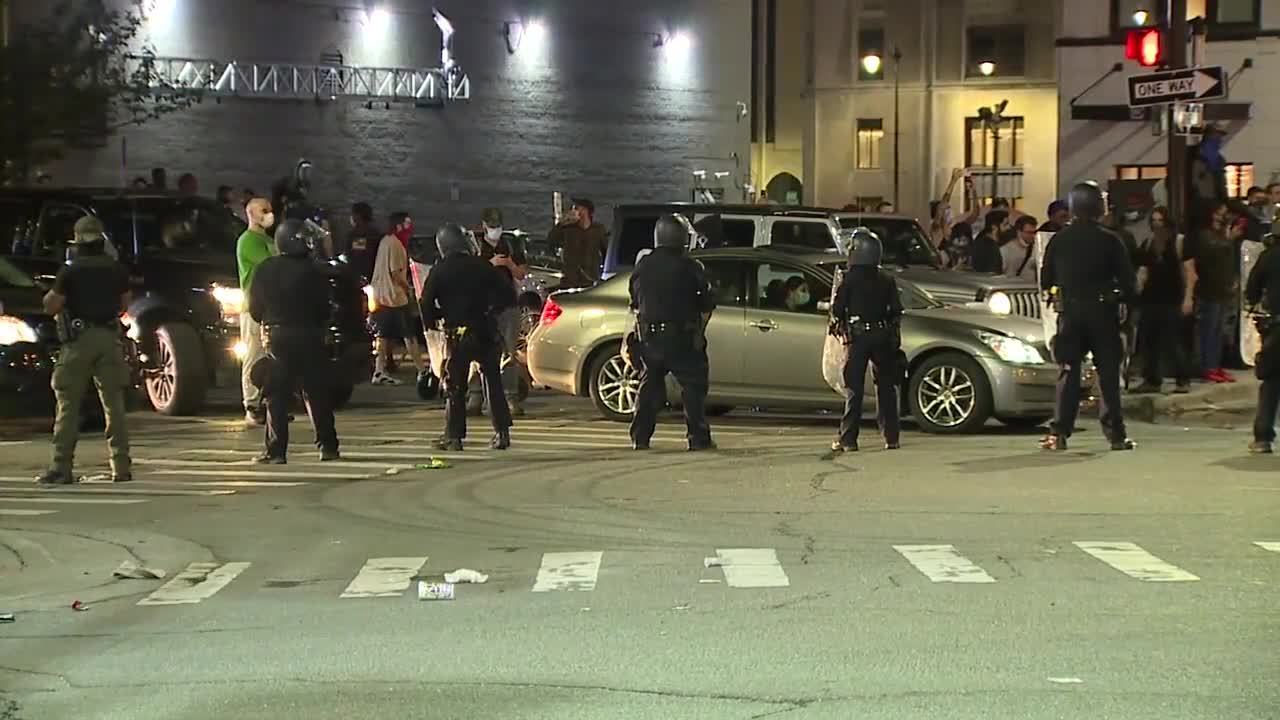 DETROIT (WXYZ) — The Wayne County Sheriff's Office says it is on "standby" ahead of more protests in planned in Detroit Saturday.

According to the Sheriff's Office, they "are on standby with the request of DPD. If they request our assistance, we will deploy. We are in contact with their command."

A group called "Detroiters Against Police Murders" is holding a protest Saturday at 5 p.m. outside the Detroit Police Department.

According to the Facebook event page, nearly 300 people have expressed interest in attending. The group says they are taking a stand against the murders of George Floyd in Minneapolis, MN and Breonna Taylor in Louisville, KY.

The group also urges attendees to "not engage in any illegal behavior," as well as "watch out for undercover agent provocateurs."

This comes after hundreds of people gathered in downtown Detroit on Friday night as part of nationwide protests over the killing of George Floyd in Minneapolis this week.

One man was killed during the protest in what Detroit police say was a targeted shooting.

Governor Gretchen Whitmer released this statement in response to the protests:

People in communities of color across the nation and right here in Michigan are feeling a sense of exhaustion and desperation. We stand in solidarity with those who are seeking equitable justice for everyone in our state. Full statement below ⬇️ pic.twitter.com/2o72jikTPO