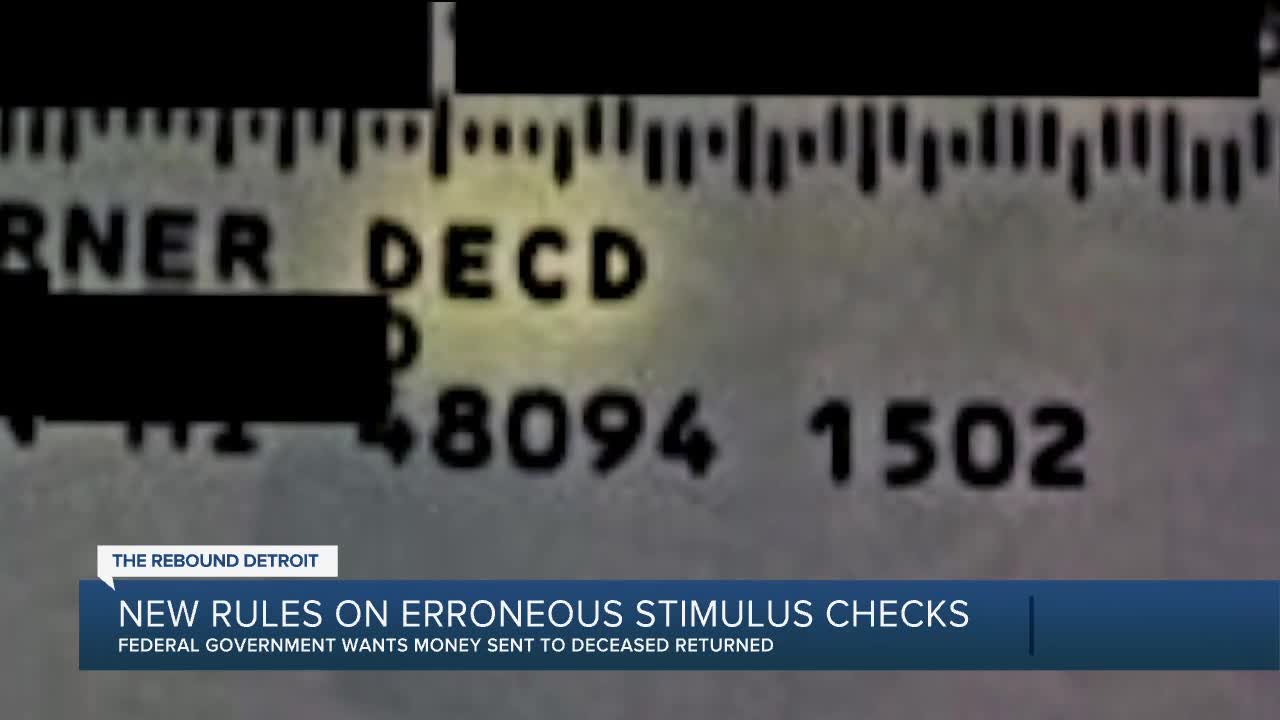 In last few weeks, we’ve heard from many of you about stimulus meant for a deceased loved one. 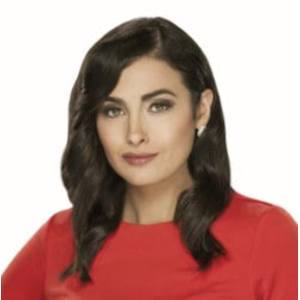 SOUTHFIELD, Mich. (WXYZ) — In last few weeks, we’ve heard from many of you about stimulus meant for a deceased loved one.

Do you have to return the money?

The answer is yes, and now we’re learning how.

We received this check which we found interesting.

It was an unexpected piece of mail, Dianne and Ron Kerner received. It was a stimulus check for Ron’s late mother, Edna.

She passed away two years ago and has long stopped receiving Social Security but more shocking than seeing Edna’s name on the check, it clearly says deceased on it.

These letters, DECD following her name, refer to deceased, meaning the IRS system knew she wasn’t alive and issued it anyways.

"Obviously they have no checks and balances on anything they are just randomly sending checks out," said Dianne Kerner.

We reached out to the IRS to find out what happened and they told us that because of the speedy timeline with the two weeks they had to get 150 million checks disbursed?

Regrettably, mistakes were made.

The Treasury Department has taken notice, and unlike what we’ve seen in the past has directed the IRS ask for it to be returned.

Here’s what you need to know:

For Michiganders with a paper check, write the word void, note your reason for returning it and mail it to this Kansas City address.

If the check was already direct deposited, submit a personal check or money order, make it payable to “U.S. Treasury,” write 2020 EIP and the taxpayer’s Social Security # on the check and mail it to the same address.

What if you were a joint filer and spouse died?

If you choose not to, CPA Leon LaBrecque says you could potentially see it impact your taxes down the line.

You had an extra amount of withholding so you’ll have to take that into account.

Another question: How this would be enforced and whether there would be penalties for those who don’t return the money?

Both the IRS and Treasury Department tell me they don’t have an answer yet.