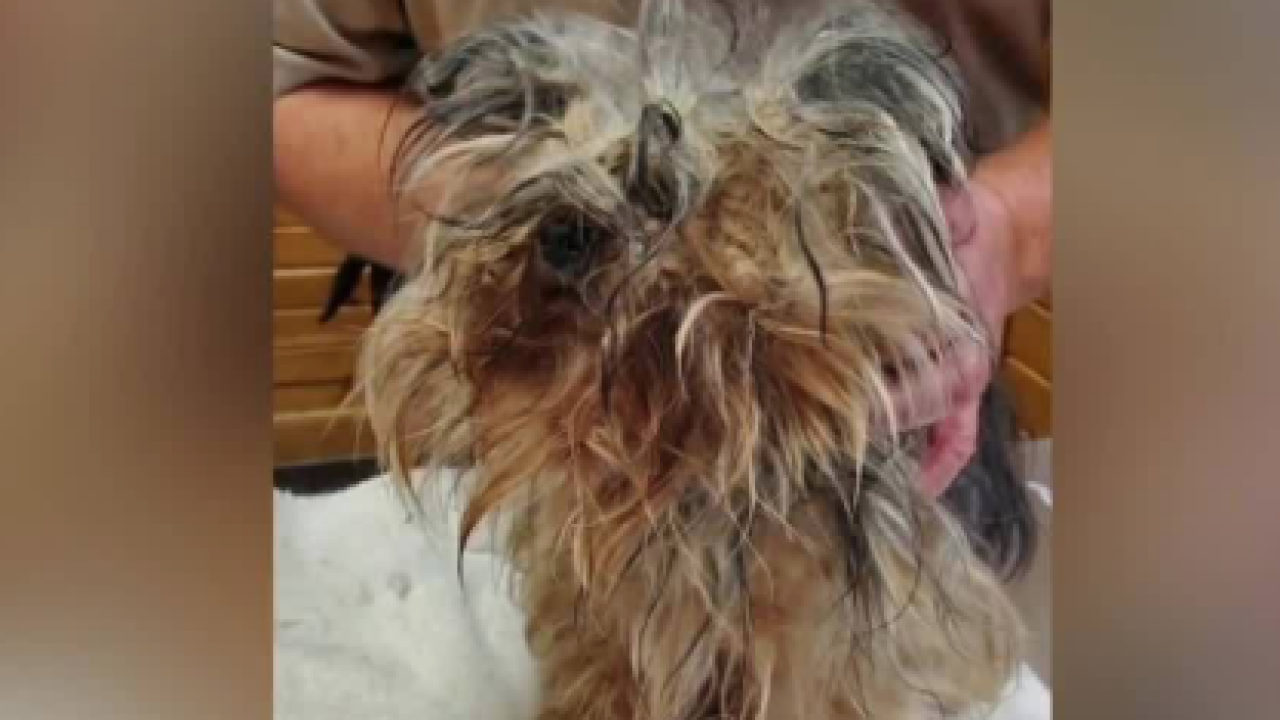 Eighty-three dogs, four cats and two birds were removed from the home.

Irene Burns pleaded guilty to charges of abandoning/cruelty to 4 to 10 animals. She was sentenced to one year in jail and two years' probation.

“The dogs, the majority of them were so matted and their toenails were so overgrown they could hardly walk and they couldn’t see," said Erika Stroman, Director of St. Clair County Animal Control.

Stroman said the dogs lived in wire cages and were stacked on top of one another. They were ranging in age from 12 weeks to up to 10 years old.