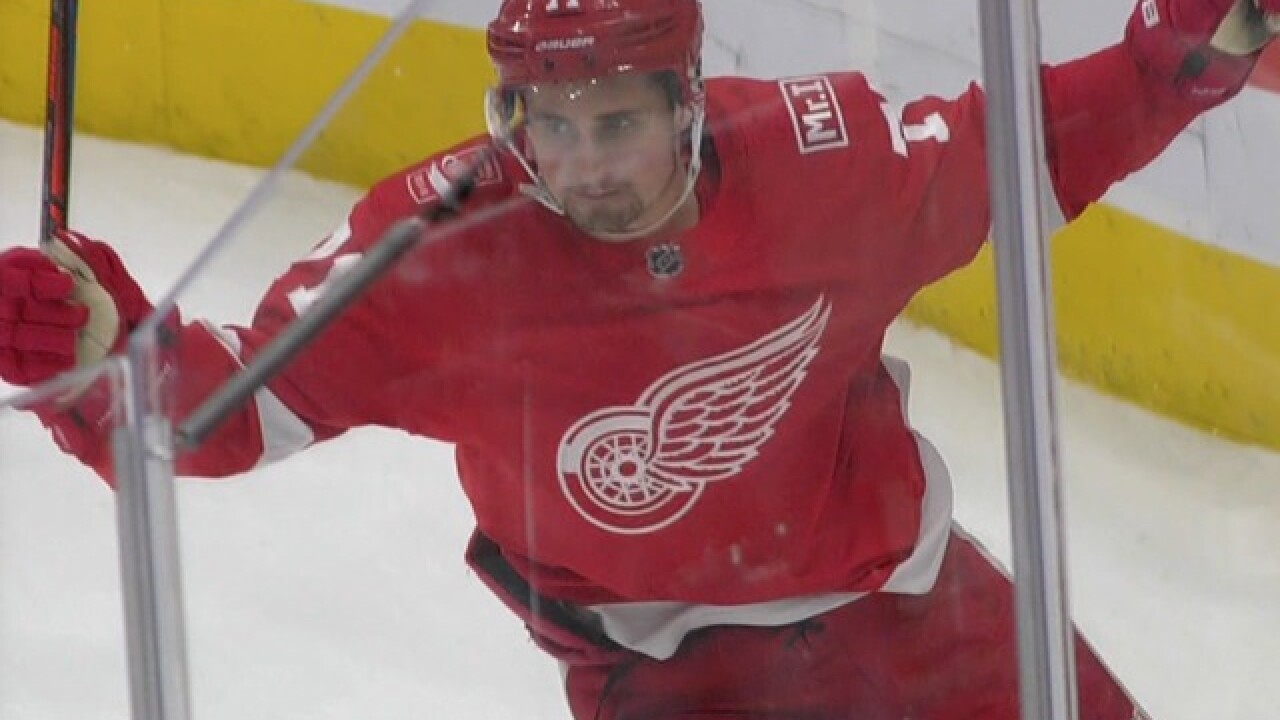 The Detroit Red Wings have signed Dylan Larkin to a 5-year contract, the team announced on Friday. According to Craig Custance of The Athletic Detroit, the deal is worth an average of $6.1 million a year.

Larkin, 22, has spent three seasons with the Red Wings and was the youngest player in franchise history to lead the team in scoring.

"I think he's made tremendous progress on learning to play a 200-foot game," Holland said on a conference call shortly after the announcement. "Dylan brings a lot of determination and passion and loves the game of hockey."

Holland also talked about Larkin's transition from left-wing to center over his first three years in Detroit.

With the extension, the team has locked up its three young forwards, signing both Andreas Athanasiou and Anthony Mantha to two-year deals.

"We’ve been talking about the direction we’re going in Detroit. We’re going younger, we’re going to give young players a shot here in camp to earn their way onto the team,” Holland added. “We’re going to continue to try and get more and more younger players on the team.”

Larkin said he wants to drive the bus and be the go-to guy for the team as the five years go on. Get into the playoffs and reach the ultimate goal. He also said this won't be a 5-year contract and then done to test free agency.

"I wanted to do a deal that was good for the team and good for myself, and we accomplished that," he said.

According to Holland, the team is just a little bit over the salary cap with Larkin's deal, describing it as "a dribble over."