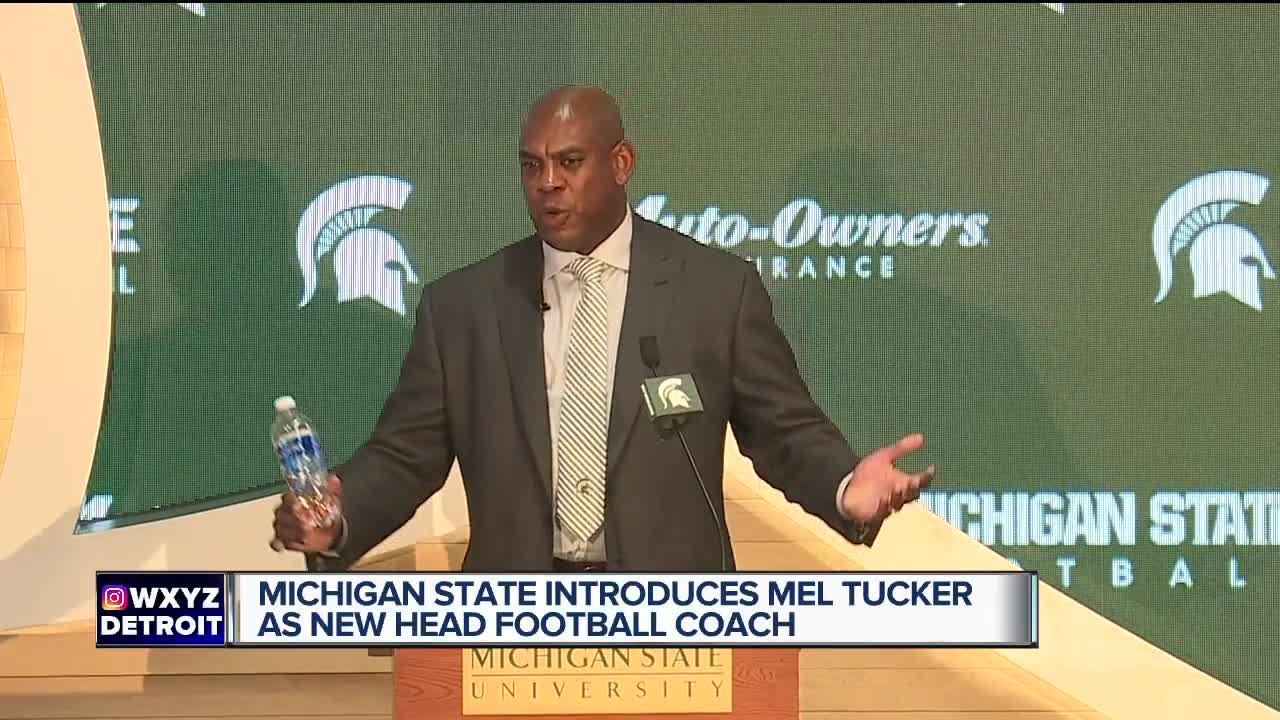 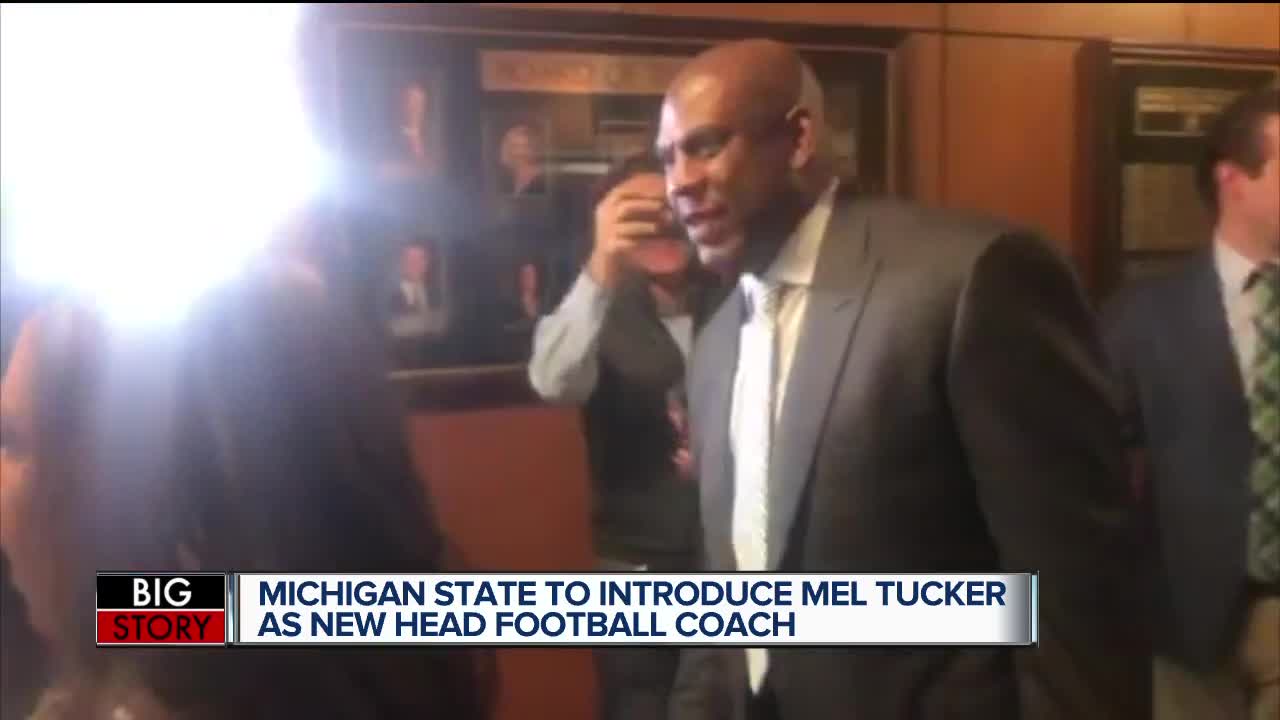 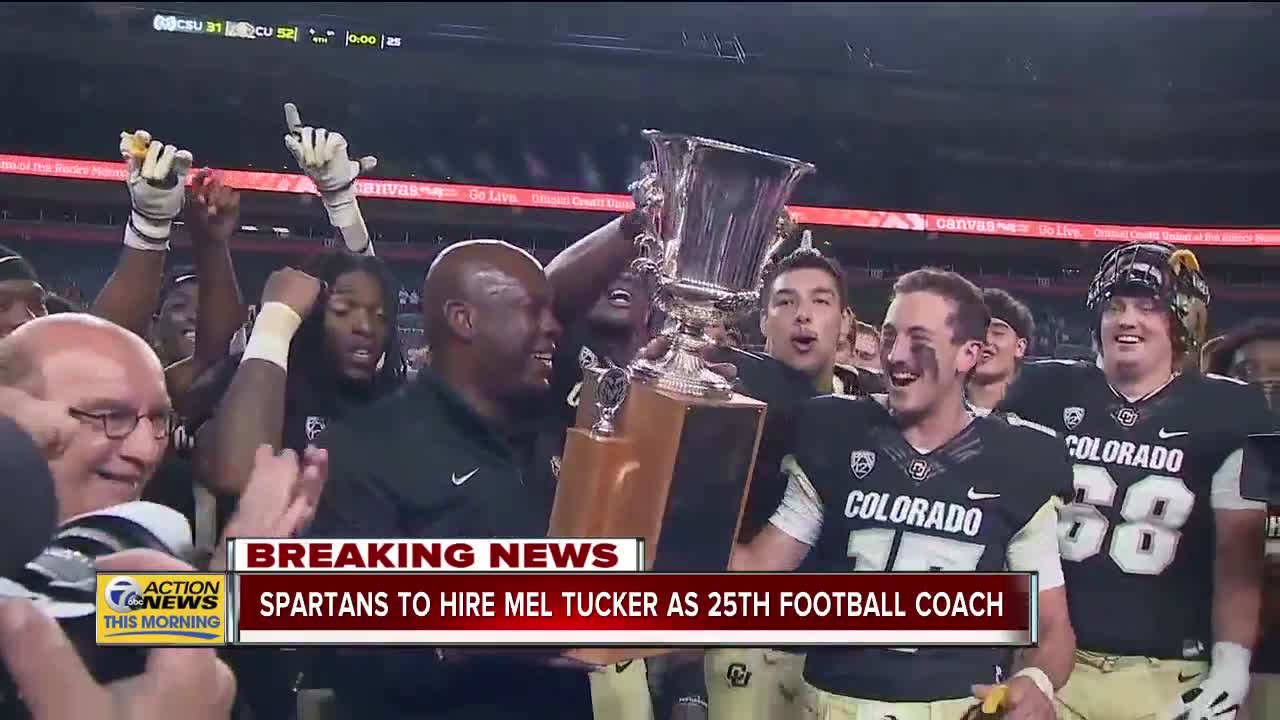 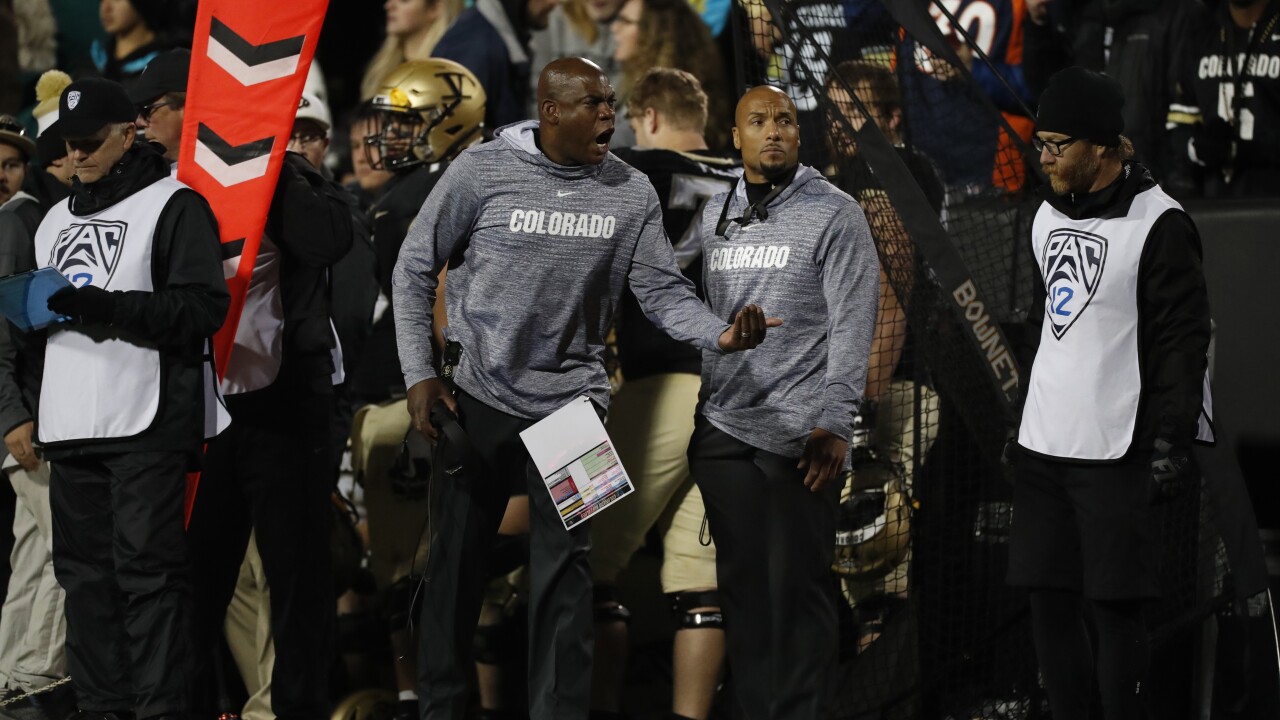 The news was first reported by Bruce Feldman of The Athletic. According to Feldman, Tucker originally turned down the Spartans last week, but "MSU power brokers came back repeatedly to Tucker’s reps with an offer that was impossible to ignore."

The university confirmed the news in a press release on Wednesday afternoon.

“Mel Tucker has a strong reputation as an intense and dynamic coach and we’re excited to have him bring that energy to MSU,” said Michigan State President Samuel L. Stanley, Jr, M.D. “Leading our football program on the field and in their development as student athletes is no small task and we are confident he is the right person for the job. We look forward to having Coach Tucker join our Spartan family.”

“It brings me great pleasure to welcome Mel Tucker to the Spartan family as the 25th head coach in Michigan State football history,” Michigan State athletic director Bill Beekman said. “Mel brings a championship pedigree, NFL experience, connections to our region, success on the recruiting trail and head coaching experience to our program. Beyond his impressive list of credentials is an even more impactful leader of men with an energetic personality that will pay dividends on the recruiting trail. Perhaps more importantly, he’ll connect with our student-athletes to help them develop beyond just their skills on the football field. His attention to detail will leave no stone unturned in his drive for championships."

“It is a blessing and honor to return to Michigan State University where I began my coaching career with Nick Saban,” Tucker said in a release. “Thank you to President Stanley, Athletic Director Beekman and the Board of Trustees for the trust that you have placed in me to lead one of the finest football programs in the nation.

“Returning home to Michigan State is a once in a lifetime opportunity for me and my family but it created the toughest decision of my life – to leave Colorado. There is no way to fully express my gratitude to the Buffalo student-athletes, Rick George, and our staff. I am incredibly thankful for our time together and I will always believe in Colorado football.

“Today, I am excited to get to work for the Spartans. Together, we will be relentless to create an integrity-filled and winning culture for our staff, coaches and student-athletes in everything we do – on and off the field," he added.

His hire is pending approval from the Michigan State Board of Trustees – which is meeting on Wednesday at 5 p.m. to confirm his contract. It's expected that Tucker will be introduced at a press conference at 6:30 p.m. Wednesday. WXYZ will live stream the press conference.

Tucker, 48, is from Cleveland and began his coaching career as a graduate assistant under Nick Saban at Michigan State, which also included former Spartans head coach Mark Dantonio.

Later, in 2001, he was the defensive backs coach at Ohio State under Jim Tressel, where Dantonio was also the defensive coordinator.

He became the Colorado head coach in December 2018 and only coached the Buffalos for one season in which they went 5-7. He also served as interim head coach of the Jacksonville Jaguars in 2011 after Jack Del Rio was fired. He coached five games and went 2-3.

The hiring comes two days after Cincinnati head coach Luke Fickell turned down the Spartans and more than a week after Dantonio shocked the Michigan State world by suddenly announcing his retirement.

According to Feldman, Tucker's deal doubles his Colorado coaching salary pool and includes a "substantial increase to the Michigan State strength and conditioning staff budget and program resources and will more than double Tucker’s Colorado salary, which is around $2.7 million."