Troy neighborhood fighting for sound wall along I-75; MDOT says they don't qualify 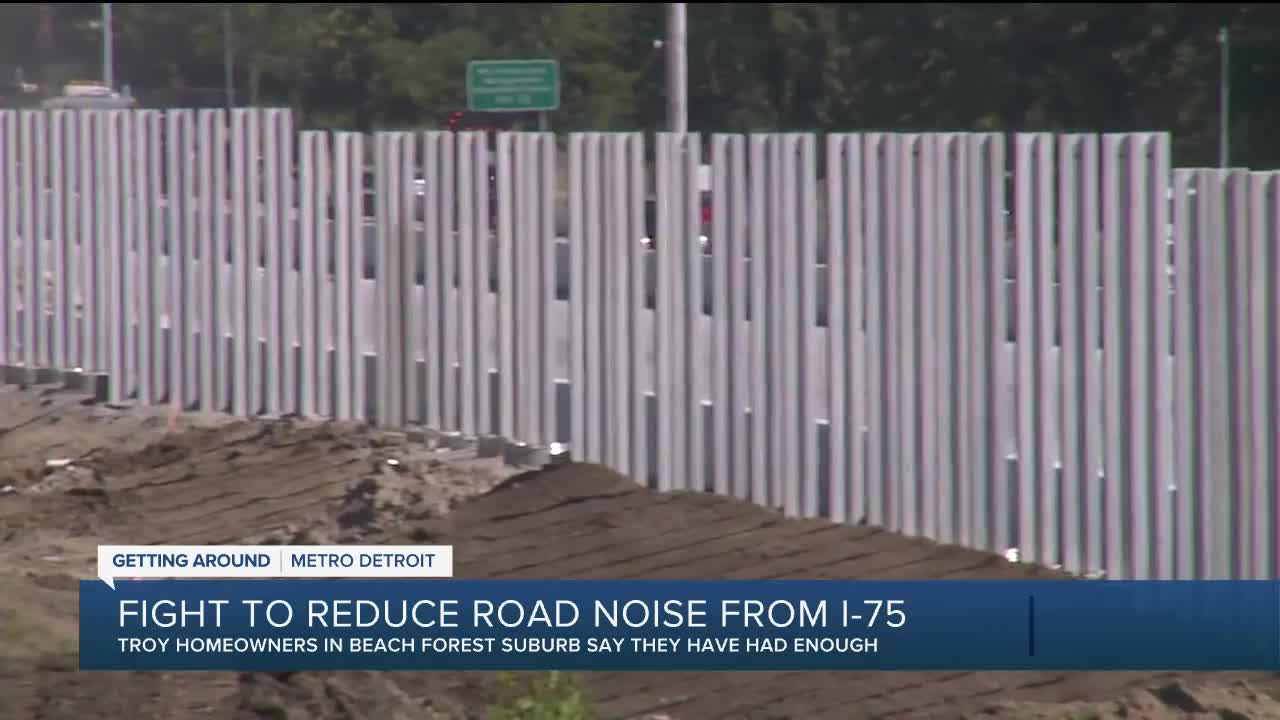 Fight to reduce road noise from I-75 TROY, Mich. (WXYZ) — People living in one Troy neighborhood are fighting for a noise wall, however, the Michigan Department of Transportation is telling them no.

Verba Edwards has lived in the Beach Forest Subdivision for more than two decades. He says the noise along I-75 did not bother him until about four years ago.

Edwards says that's when MDOT removed trees that acted as a natural sound barrier to work on the I-75 modernization project.

“They cut down all of our trees which where natural noise barriers and the noise level is crazy,” said Edwards.

Related: MDOT to build sound wall between I-75 & Troy neighborhood

He and other neighbors have been fighting for years to get a noise wall installed, however, they have been told repeatedly they do not qualify for one.

Now they are fuming to see that a new wall is being constructed near a cemetery.

“I’m driving around I-75 and I see there is a wall around White Chapel Cemetery, so I immediately say what is going on?” Said Edwards.

“What got us re-energized is when we saw construction of some of the other walls on segments of the project including near the White Chapel Cemetery where there is clearly not the density of people where that wall is,” said Chris Steele, who also lives in the Beach Forest subdivision.

A spokesperson for MDOT declined to answer questions on camera from 7 Action News. However, we were told off-camera the wall near White Chapel cemetery is meant to benefit those living at Three Oaks Apartment complex.

MDOT did provide the following statement:

“The Beach Forest subdivision was studied extensively prior to construction and unfortunately it didn’t meet the federal requirements. MDOT must follow all state and federal rules and regulations. It’s more than just sound, there’s other criteria that must be factored to determine eligibility.”

The decibels of the sound and how long the sound continued for did qualify for a noise wall.

What did not meet federal requirements MDOT is referring to is the number of people living along the sight of the wall Edwards and his neighbors so desperately want.

MDOT says 15 homes would benefit from the wall, but an additional 25 would be needed to make it happen.

Edwards feels there are homes unaccounted for, and says he will not stop fighting until something is done.

“Pursue it to the end, somebody needs to say yes there is a noise level here we will do what we can,” said Edwards.

Below is a map provided by MDOT showing where noise walls are planned along I-75 in the future.