8 1/2 years later: What the missing Skelton brothers may look like now 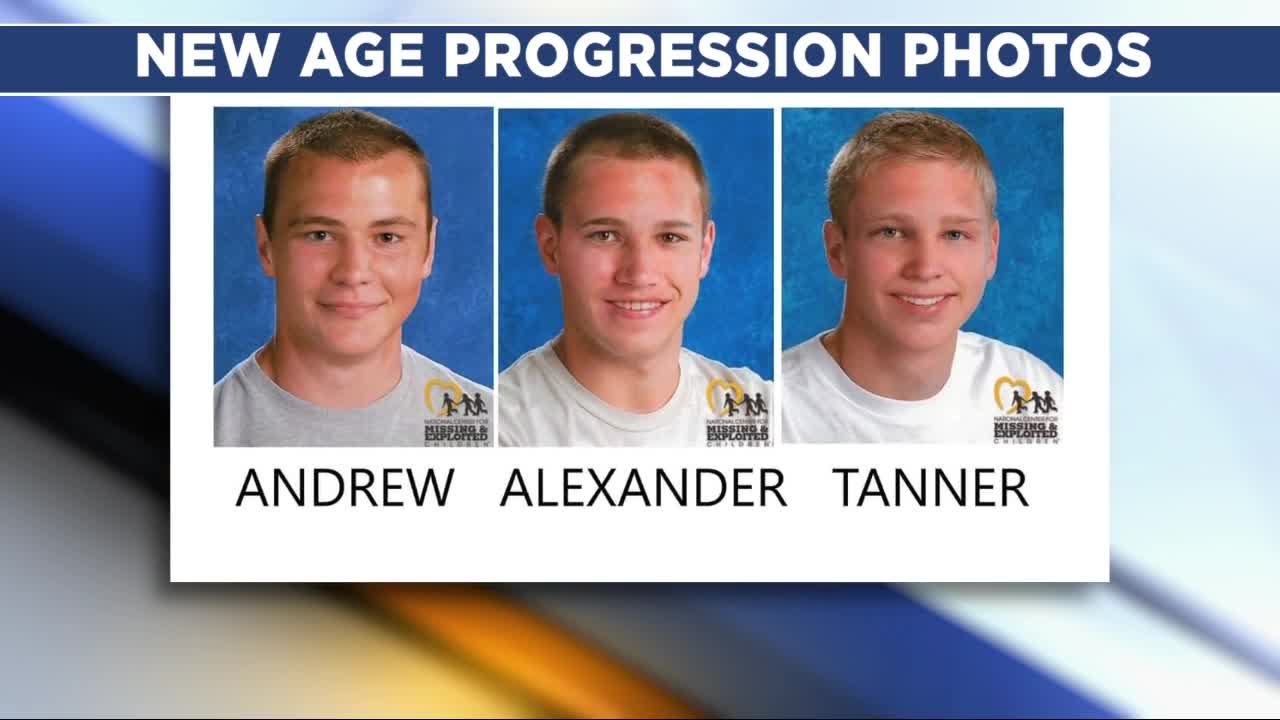 It's been nearly nine years since Andrew, Alexander and Tanner Skelton went missing, and new age progression photos of the Skelton brothers have been released first to 7 Action News Reporter Anu Prakash. 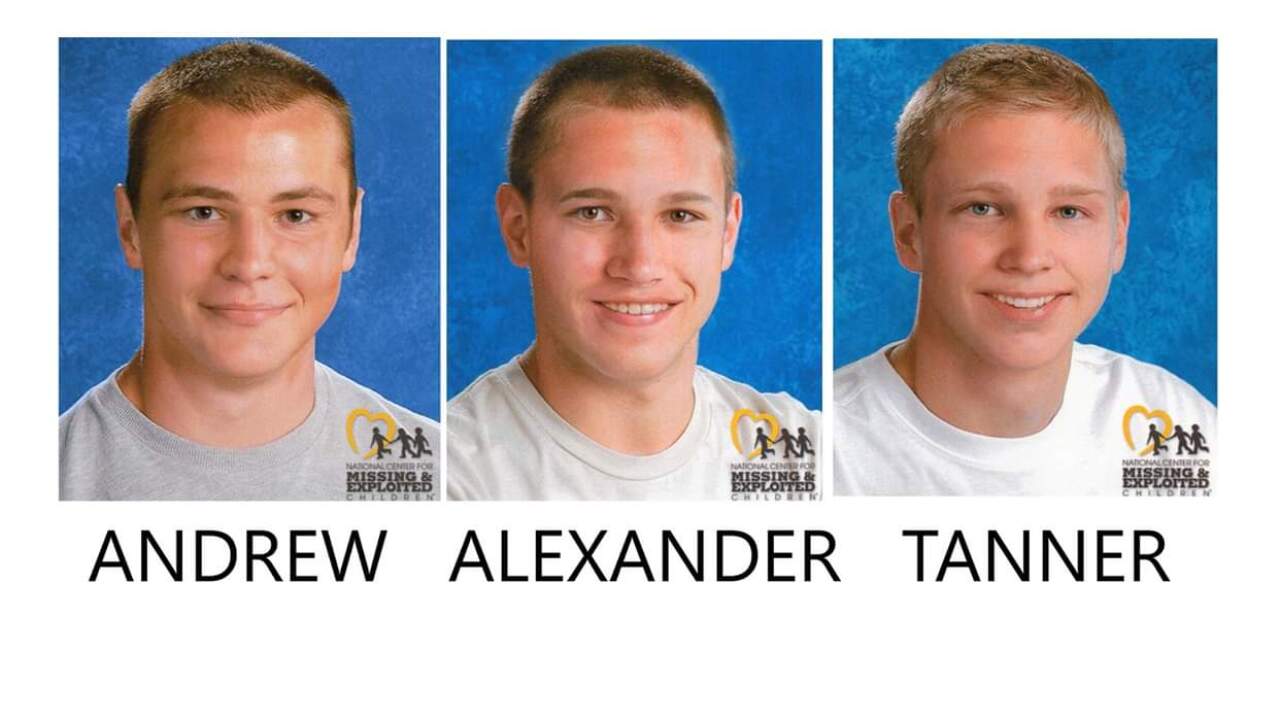 (WXYZ) — It's been nearly nine years since Andrew, Alexander and Tanner Skelton went missing, and new age progression photos of the Skelton brothers have been released first to 7 Action News Reporter Anu Prakash.

When their mother, Tanya Zuvers, first got the new photos, she needed time to take it all in. It's been so long since she's seen her precious boys.

At the time they disappeared, Tanner was 5, Alexander was 7 and Andrew was 9.

They disappeared in November of 2010, and now, thanks to age progression technology, the pictures show what her beloved boys could look like now at ages 13, 15 and 17.

"These came and it's like, wow, Tanner's not a baby anymore," she said. "And all three of my boys are young men, and Andrew's on the verge of being an adult. It's hard,"

The age progression photos are done every two years by the National Center for Missing and Exploited Children. You can see how they've changed.

The boys were last seen with their father, John, who claimed he gave them to an underground group.

"He lied about what he did," Lt. Jeremy Brewer with Michigan State Police said. He's the lead investigator on the case. He still doesn't have any desire to bring them back, in some way, shape, or for, to let us know where they're at or what he did."

John has been behind bars or parental kidnapping and unlawful imprisonment. He's up for parole next year. Brewer said he still checks in with John, on the change that he'll one day tell the truth.

"His unwillingness to help, it's very discouraging," Brewer said. "He probably did something pretty horrible."

As hard as it is to say, Zuvers doesn't believe her boys are alive.

"I know my boys, and I know in the last 8 1/2 years, if they were alive, one of them would have alerted someone."

She does say that there's always a glimmer of hope, which is why age progression photos like the ones we have are so important.

"We don't have concrete proof that they're gone," she added. "If the miracle is there, that they are still alive, then this allows all of us to have an idea of what they may look like."