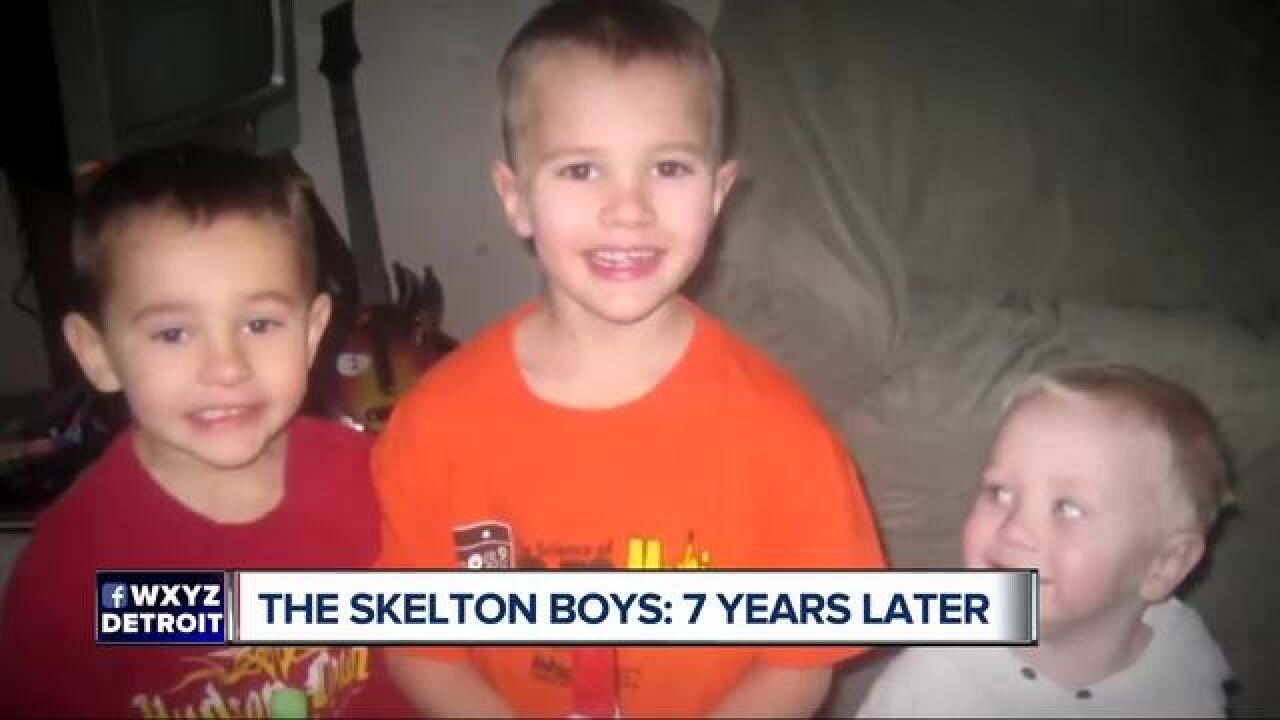 It was the story that shock our community and the country. The disappearance for the Skelton Boys from Morenci, Michigan.

It's been seven years and there is still no sign of the three brothers who went missing the day after Thanksgiving.

The boys birthdays and the holidays are hard. Every moment is a struggle for their mother.

Her heartbreak may stand still but her anger grows stronger, everyday.

Tanya Zuvers, could have never dreamed that her life would be defined by the disappearance of her three sons.

“It's rough. I am as happy as I can be without my boys,” says Tanya.

The sleepy town of Morenci is a small slice of America, where no one is a stranger.

However, one day, this idyllic little city  just a few footsteps away from the Ohio border was bombarded by bad news. Some may say, the worst news.

The Skelton Brothers; 9-year-old Andrew, 7-year-old Alexander and 5-year-old Tanner spent a few hours with their father, John Skelton, for the holiday and were never seen or heard from again.

The home was left in shambles. The boys vanished without a trace.

“I think he believes he truly might have got away with it and that he will get away with it, whatever he did,” says Brewer.

John Skelton says he gave the boys to an underground organization, to keep them safe from Tanya, who he believed was an unfit mom.

The two were in the throws of a nasty divorce.

“To this day, everything that he's told us about the organization or that group or his explanation of what happened, we found none of that to be true. His lack of help, his lack of any type of care or concern for helping us find the boys. In fact if anything he's grown more callus more cold,” says Brewer.

Tanya Zuvers says hate is a strong word, but she says she hates John Skelton.

John is living his days at the Bellamy Creek Correctional Facility in Iona, Michigan. He was convicted of parental kidnapping and unlawful imprisonment.

"At the end of the day, the one sitting in prison right now, is the one who holds the keys,” says Brewer.

“What kind of a father either gives his kids away or does something so tragic to their children just to get back to his ex-wife. We've seen these cases before throughout the country and around the world and those who do these types of things are very narcissistic. You hope to find the boys alive. In my mind, I believe they probably are not,” says the lead investigator.

Law enforcement is working this case every day and still tracks down every tip and lead.

Another victim in this story is the small town of Morenci. It will forever be remembered by this mystery.