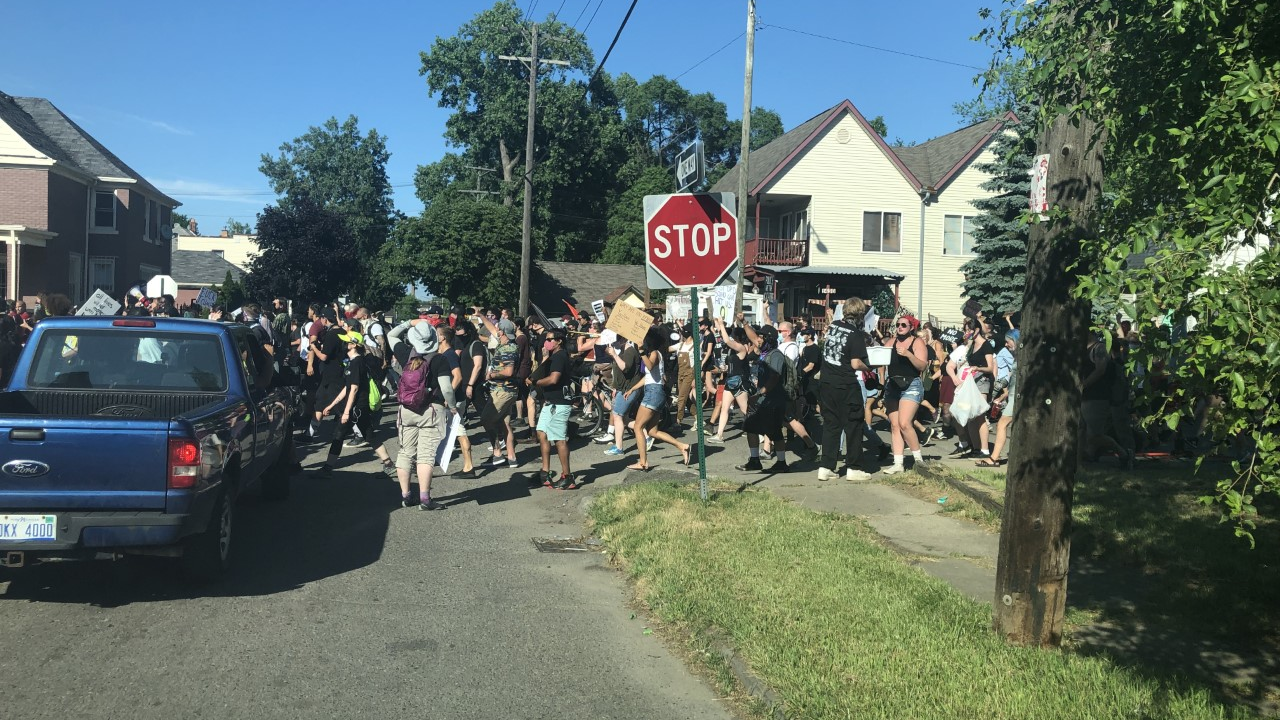 DETROIT (WXYZ) — A crowd of hundreds marched through Southwest Detroit Monday night calling for the city's top cop to step down following an incident caught on video of an officer driving off with protesters on his vehicle's hood.

A protester says he jumped on a police car to avoid being run over. He and hundreds others took to the streets the next day.

Today will be Day 33 of protests and demonstrations in Detroit -- the majority of which have been peaceful. Following Sunday's incident, protesters want Chief Craig, Mayor Duggan to resign, and officer driving cruiser to be fired and charged criminally @wxyzdetroit

Detroit Will Breathe and more supporters of the Black Lives Matter movement rallied Monday night while calling for the police officer in Sunday night's clash to be fired and charged criminally. However, police have said protesters last night in Southwest Detroit were hostile and smashed out the back window of the officer's cruiser prior to the officer driving off.

Detroit police say they thought shots were fired at first during the frightening scene last night. However, protesters refute those claims all along. They're also asking for the mayor and police chief to resign, saying officers have lost respect for citizens.

One protester tells 7 Action News the conflicts are part of a larger problem that deals with officers going too far. The chief is standing by his officers at this time.