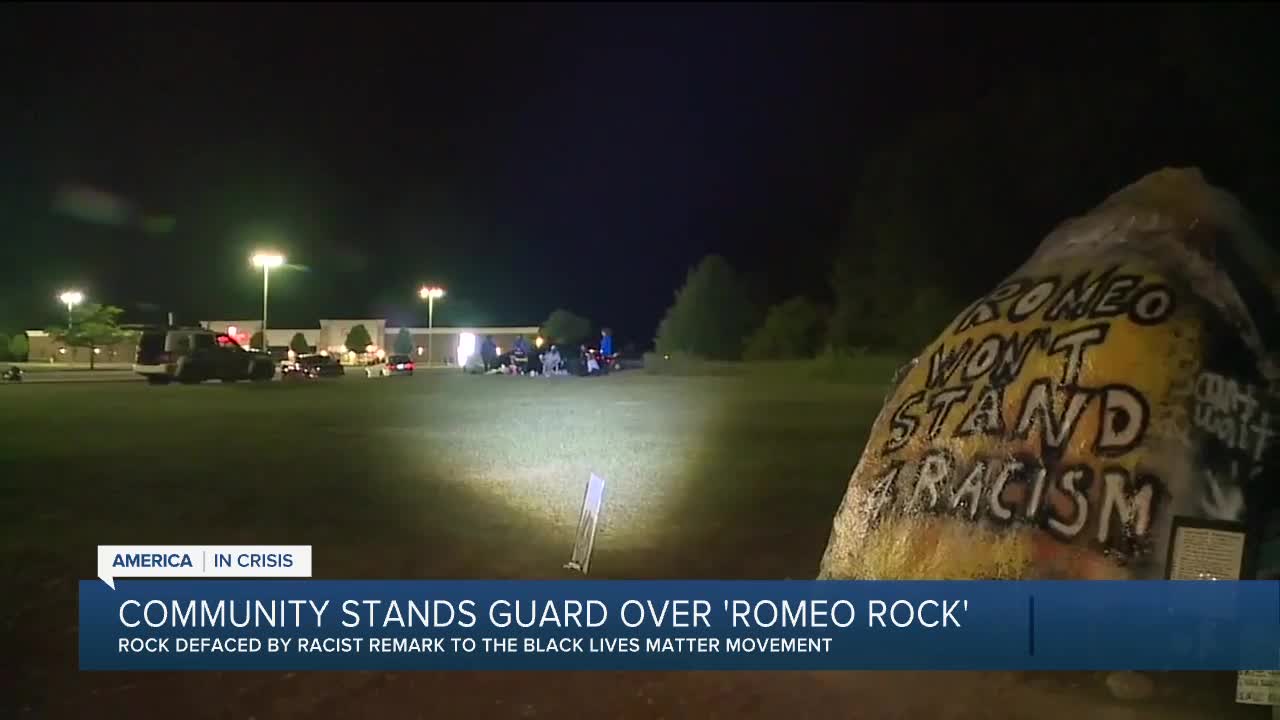 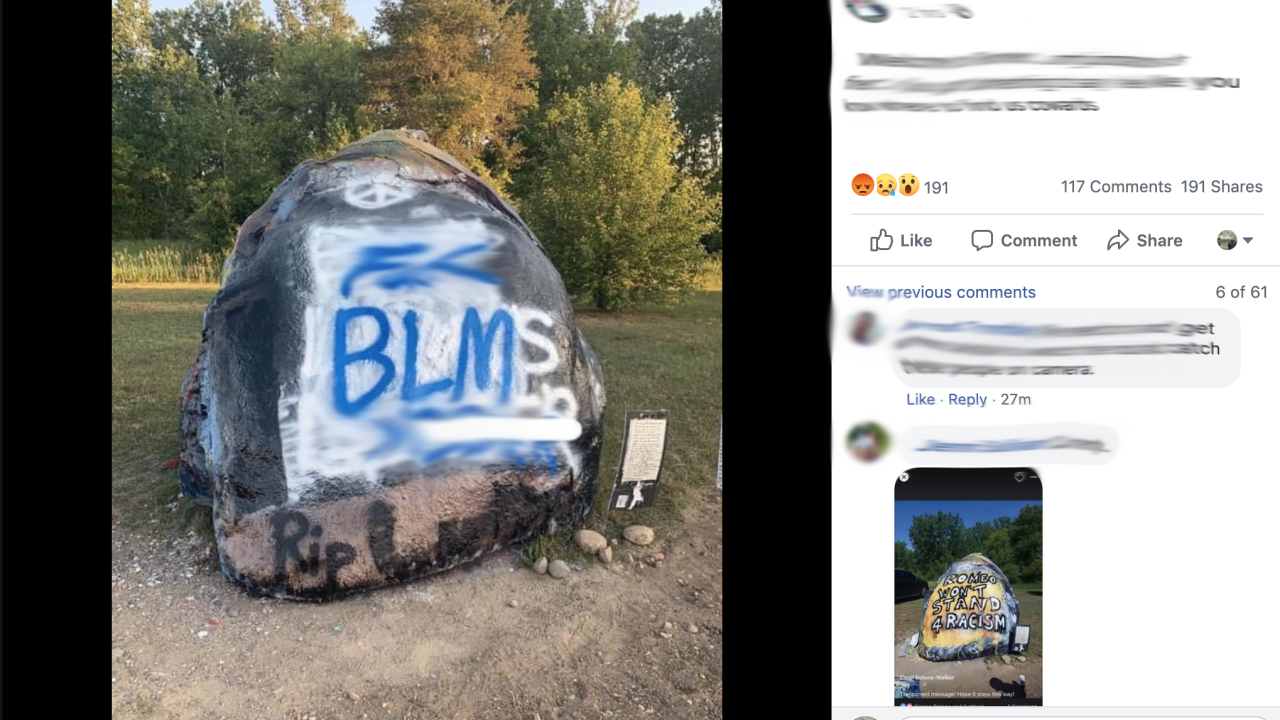 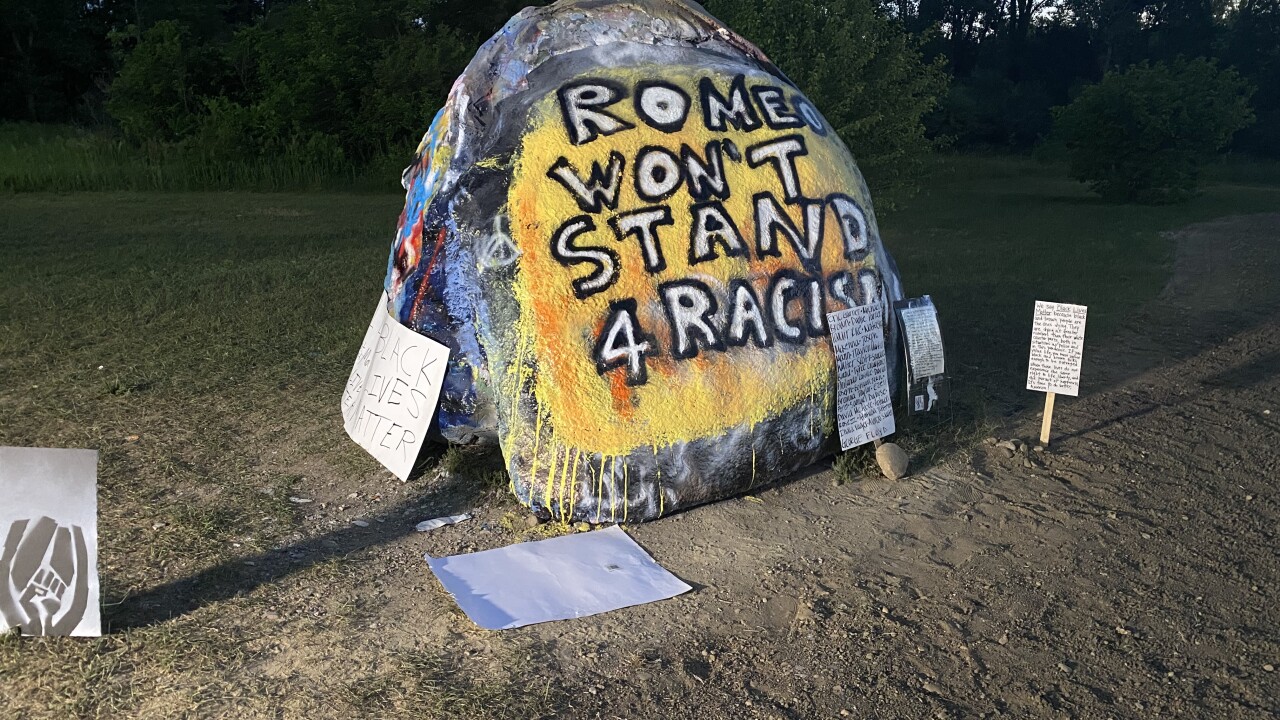 One man says the rock's been here for more than 40 years, and the messages have always been positive.

"You can't just do that. It's not okay. You have to be respectful," said Alaina, in support of the Black Lives Matter Movement.

Protesters stood guard by the Romeo Rock, a landmark in Washington Township, where people have painted messages of all kinds for decades. Most recently during protests against injustice and police brutality.

After someone painted "Black Lives Matter," Joe Eliakis says someone else initially covered it up with a peace sign.

It was repainted back and forth. Eventually, that message turned to an expletive and the N-word.

"What was written on that rock is not normal for this community. It's not right," said Eliakis."Some of these young kids out here, very commendable. They beat me out here and already painted what's on there now. So. I just came here to support them and make sure nobody's gonna come up there and try to intimidate them or put anything else negative on the rock."

The latest message reads: "Romeo won't stand 4 racism." Something these folks feel everyone should get behind.

"There's been a group of us who have been out here pretty much all day to make sure these cowards don't come back at night and try to write any bad words on it."

The Macomb County Sheriff's Office says it's met with citizens and took a police report. Since the rock is located in Washington Township, the township will handle the case.