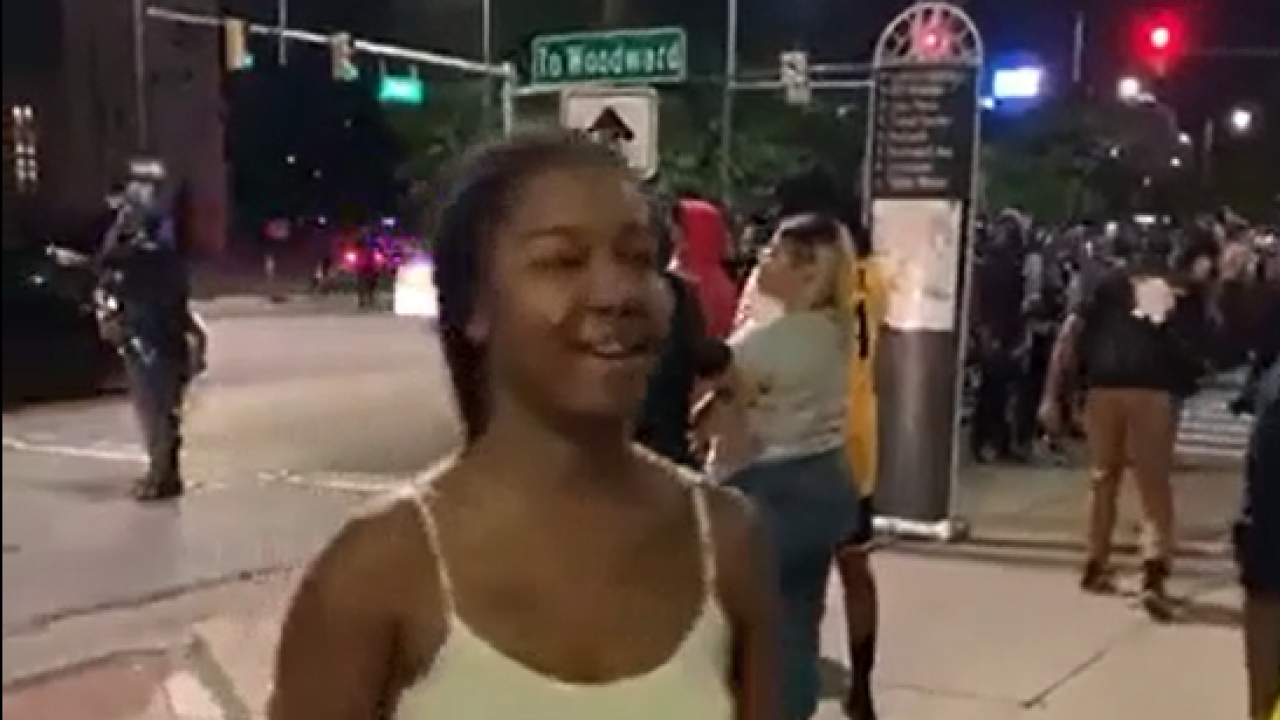 DETROIT (WXYZ) — Detroit police have released another photo of a person of interest connected to a fatal shooting that happened in downtown Detroit on Friday, May 29.

The shooting occurred during a night of protests in the city, however, Chief James Craig has stated that the fatal shooting appears unrelated to the protests.

The person of interest is a woman. It's unclear her age. Police continue to search for a suspect in the shooting.

Police say the unknown suspect fired shots into a vehicle with the victim and two other men inside. All occupants of the car, including the 21-year-old victim, ran away from the vehicle. At some point, the victim was shot.

The suspect ran away in an unknown direction. Police say the victim was taken to a hospital where he succumbed to his injuries.

Police say the suspect was wearing a surgical mask, a dark-hooded sweater with print on the back, bright yellow pants with a red stripe on both legs and Adidas sandals.

Anyone with information is asked to please call Detroit Police Homicide Section at 313-596-2260 or Crime Stoppers at 1-800-SPEAK-UP.