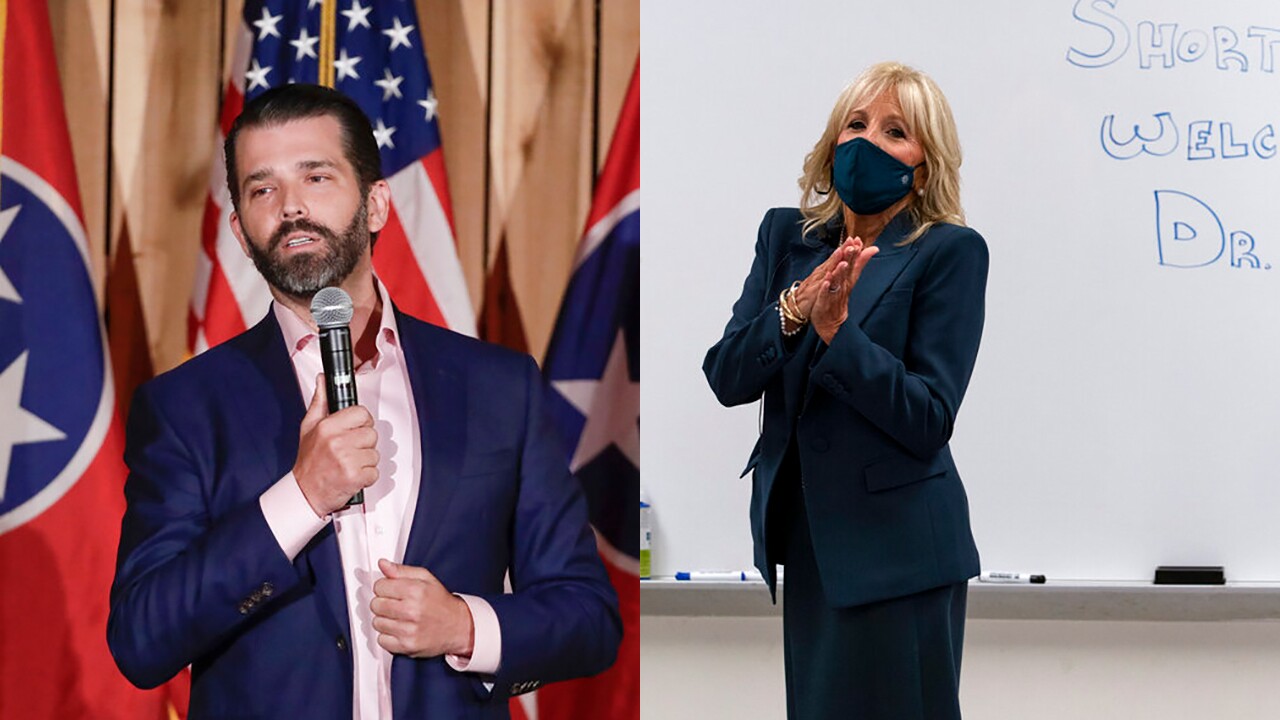 (WXYZ) — The campaign trail is heating up as presidential campaign surrogates Jill Biden and Donald Trump, Jr. head to Michigan next week.

The former Second Lady will travel to Michigan on Tuesday, Sept. 15. Details on where and what time she'll be speaking will be released at a later time, according to a release from the Biden Harris campaign.

He'll be speaking at the Bumpers Landing Boat Club in Harrison Charter Township on Tuesday, Sept. 15 at 6 p.m.