Inspections show Warren drains not contaminated with I-696 'green ooze' 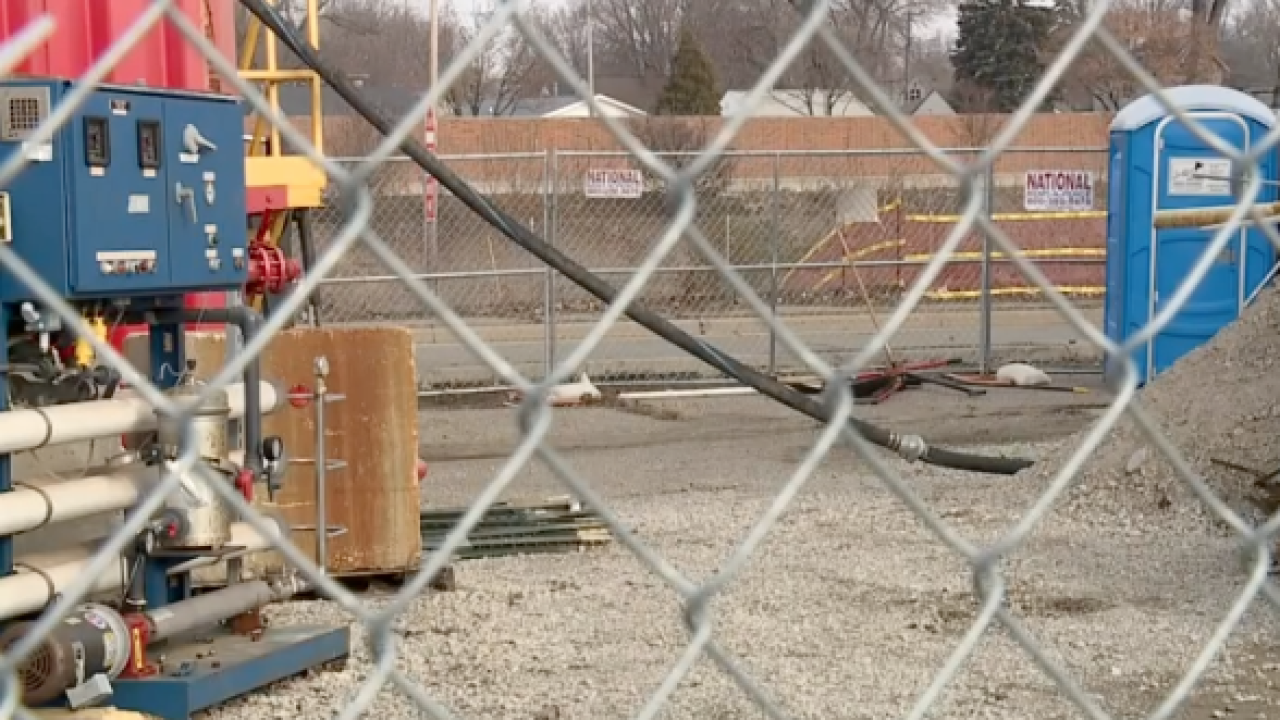 RELATED: Toxic ooze along I-696 in Madison Heights raises concerns about drinking water

Industrial Pre-Treatment Program (IPP) inspectors evaluated Warren city drains and found there was no hexavalent chromium from the Madison Heights spill present. The dangerous chemical was found spilling over onto the I-696 freeway in Madison Heights earlier in December. The source of the ooze, which can cause cancer, is a now-closed factory. The owner of Electro Plating Services in Madison Heights allegedly dug a pit and improperly stored 37,000 gallons of hexavalent chromium, according to the Department of Justice.

The chemical then migrated through groundwater from the plant, the EPA says.

RELATED: Yellow ooze leaking onto I-696 identified as chemical featured in 'Erin Brockovich'

Inspections in Warren, a nearby city to Madison Heights, has provided some relief to residents.

The IPP inspections were headed by Ted Landway, Mayor Fouts said in a press release. The tests showed that all storm drains connected to I-696 showed no pollution from the spill. Additionally, four local businesses that use the chemical hexavalant have also been closely monitored.

Hexavalent is used for chrome plating of vehicles. Fouts points out that many industries are actually switching to fake paint instead, and urges the state of Michigan mandate the same and discontinue the use of the dangerous chemical within the industry.

Fouts adds that the city of Warren is one of the first cities to have an Industrial Pre-Treatment Program (IPP).

Great news Warren residents as our IPP inspectors checked out all of our drains in the city, that could possibly be contaminated with green goo on 696, and the result is NO contamination! Our Industrial Pre-Treatment Program* inspectors headed by Ted Landway tested all storm drains connected to 696 and found NO POLLUTION from the spill in Madison Heights. I emphasize they checked all drains in Warren connected to 696 and found no contamination. We also closely monitor 4 businesses that use hexavalent.

This hexavalent is used in industry for the chrome plating on our cars. Many industries are starting to switch to a fake paint which gives the same appearance. The state of Michigan should mandate that hexavalent be discontinued and the use of fake paint be used as a replacement.

I'm also very impressed with the effort and expertise that Macomb County Public Works Commissioner Candice Miller has demonstrated in her effort to protect Macomb County from this highly toxic ooze in Oakland County.

Note: I want to highly commend Warren Waste Treatment Director Bryan Clor for his effort at immediately inspecting all of the drains in the Warren area to make sure we in Warren are safe!

*We are one of the first cities to have this IPP inspection program!