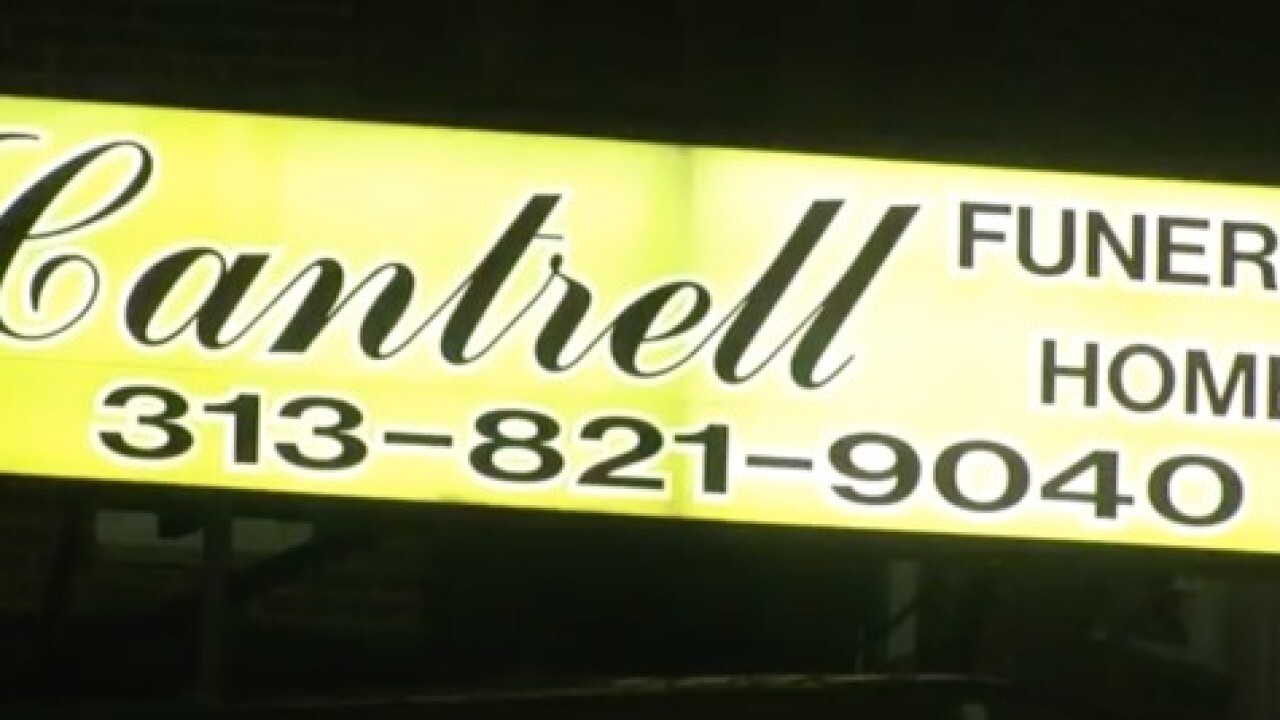 DETROIT (WXYZ) — The state has revoked Cantrell Funeral Home's license for a minimum of 10 years, according to the Department of Licensing and Regulatory Affairs (LARA).

Additionally, the last known director and manager of the funeral home have been ordered to pay restitution to the state. The final orders were made by LARA on Oct. 24, and announced publicly on Nov. 18.

This comes following an investigation, which began in 2018, that revealed several infant and fetus remains were found improperly stored at the funeral home, including inside the ceiling.

Cantrell Funeral Home, located at 10400 Mack Ave. in Detroit, was closed down after inspectors found deplorable and unsanitary conditions, as well as other violations at the location.

Cantrell Funeral Home, Inc. is required to pay a $115,000 administrative fine within one year.

Raymond's license is revoked for 10 years, and he is required to pay $11,480 in restitution to the State of Michigan before he can have his license reinstated. This fine reflects the actual costs of properly storing bodies and cremated remains.

Boone is required to pay $11,480 in restitution costs as well, and her license is revoked for a minimum of three years.