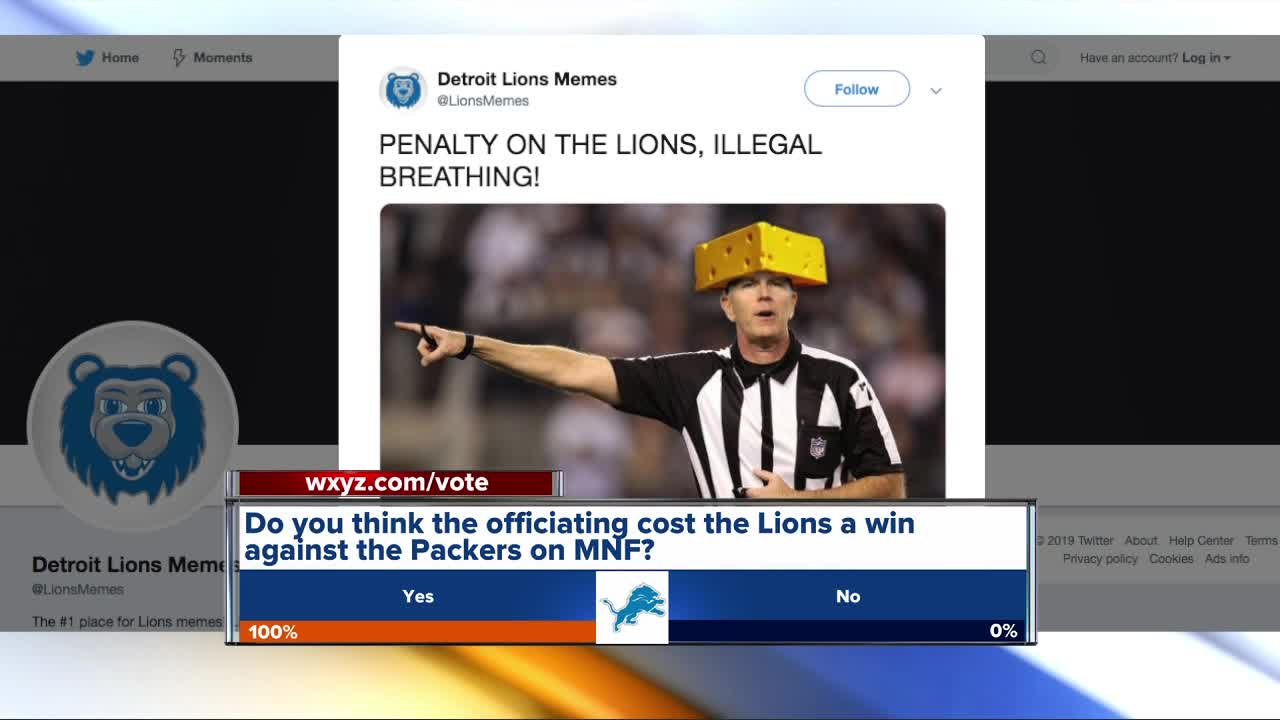 Did officiating cost the Lions a win against the Packers on Monday Night Football?

(WXYZ) — Detroit Lions fans are left with a bad taste in their mouths after Monday night's game against the Green Bay Packers.

Players and fans took to social media to express frustration with the officiating that some say cost the Lions last night's 23-22 game.

Defensive End Trey Flowers was pinned with two penalties: a flag for illegal hands to the face. He has never been whistled for hands-to-the-face fouls in his five-year NFL career. Flowers told 7 Action News' Brad Galli he disagreed with the costly penalty.

Here’s Trey Flowers talking postgame about the two penalties against him in the Lions loss: pic.twitter.com/TwiuzBYcmP

Pro football Hall of Famer Barry Sanders even referred to the call as "phantom hands," acknowledging the "@Lions played too well to have the game end this way."

That is sickening... the @NFL needs to look at a way to prevent that from happening. Two phantom hands to the face calls really hurts us tonight. Yes, we could have scored TDs, but @Lions played too well to have the game end this way. #DETvsGB @espn

Trey a real one for how he handled this. I’m ready to go back to work with you my G! https://t.co/oTsAJGsDvs

Fans flooded Twitter with memes mocking the officiating and outcome.

Other fans: Lions got robbed

Lots of mixed emotions this morning ... Can you relate? 🙋🏼‍♀️ https://t.co/Xp8fxx70OL pic.twitter.com/ltzQ4BCBbY