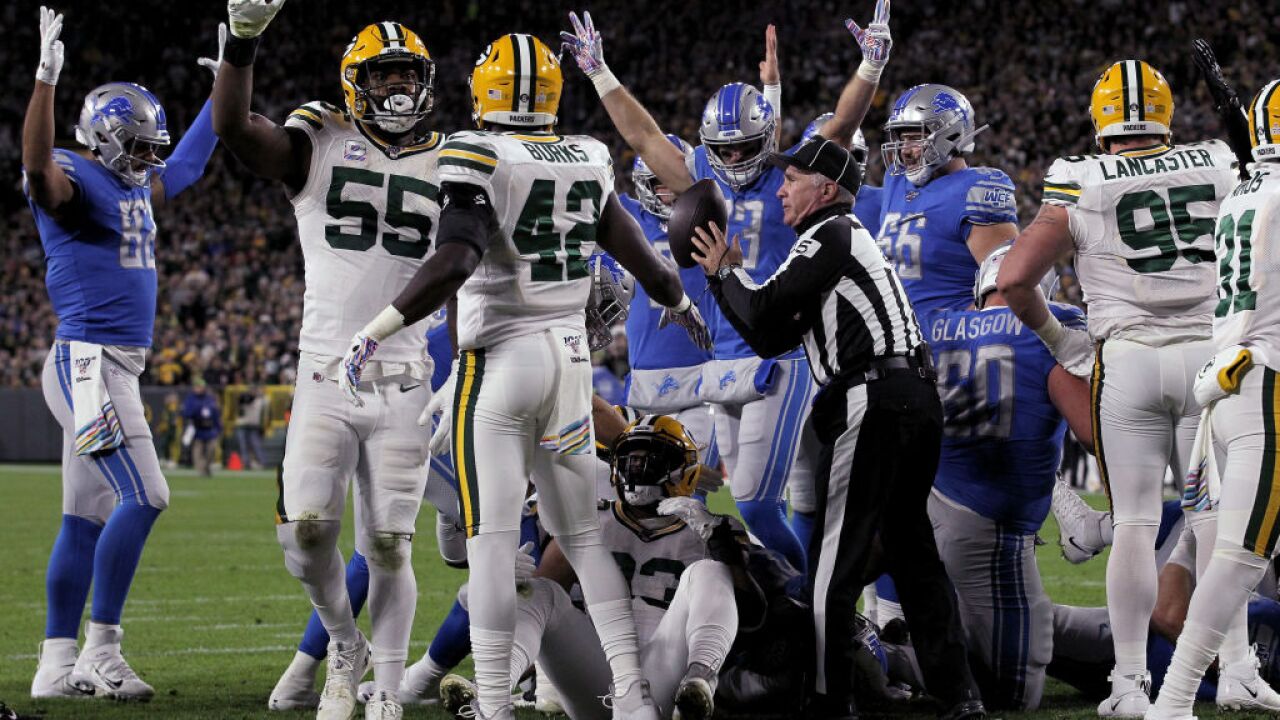 (WXYZ) — Detroit Lions fans are raging Tuesday morning against the referees in Detroit's 23-22 loss to the Green Bay Packers on Monday Night Football. The main focus of the calls are two hands-to-the-face penalties against DE Trey Flowers.

The first one came with about 10 minutes left in the fourth quarter and Detroit comfortably ahead 22-13. The flag negated a sack of Aaron Rodgers that might have sealed Green Bay's fifth straight loss to the Lions and instead led to Allen Lizard's 35-yard TD catch that made it 22-20.

The second one came on a third-down incompletion by Rodgers which would have forced the Packers to kick a field goal with about 90 seconds left, plenty of time for Detroit to respond with its own field goal drive. Instead, the Packers ran the clock down to 2 seconds before Mason Crosby kicked the game-winning 23-yarder as time expired, then did his very first Lambeau Leap.

Flowers, who had never been whistled for hands-to-the-face fouls in his five-year NFL career, said he was using the same move all game, putting his hands on left tackle David Bhaktiari's chest, not his neck or face.

If anything, Packers LT David Bakhtiari had HIS hands in Trey Flowers' face on these two plays #DETvsGB pic.twitter.com/exnuYckIJK

Clete Blakeman was the head official in the game, but was not the official who threw the flag on both plays. He was made available to a pool reporter after the game, who asked Blakeman what his crew saw with the two Flowers calls.

"Our umpire threw both of them and the last one is really the one I discussed with him," Blakeman said. Basically, for illegal use of hands, hands to the face foul to be created we need some forceful contact that's prolonged to the head and neck area (by) the defender. In his mind, he had him pinned back, so it was prolonged. That's what created the foul."

Here’s Trey Flowers talking postgame about the two penalties against him in the Lions loss: pic.twitter.com/TwiuzBYcmP