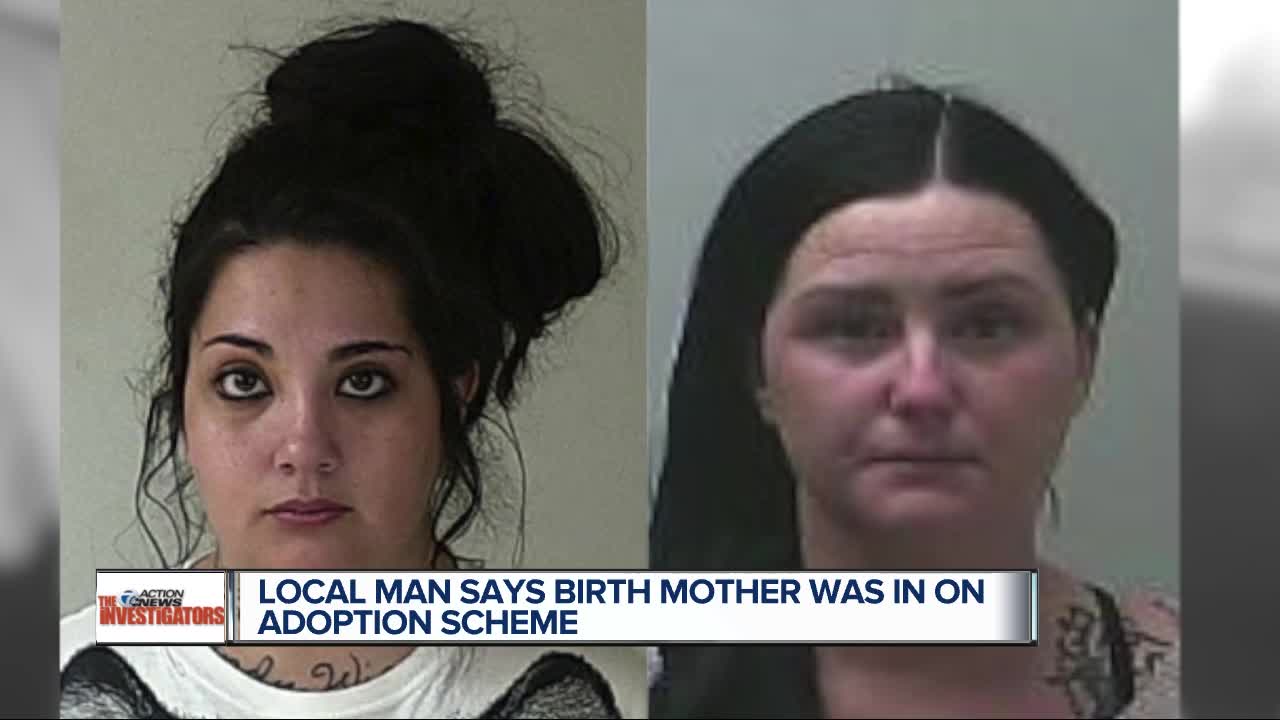 He wanted to be a father. Instead, a local man says he was preyed on twice – first by an unlicensed adoption worker who’s been arrested by the feds; then again by the alleged birth mom. That birth mom is also now charged as a co-defendant.

(WXYZ) — He wanted to be a father. Instead, a local man says he was preyed on twice – first by an unlicensed adoption worker who’s been arrested by the feds; then again by the alleged birth mom. That birth mom is also now charged as a co-defendant.

The feds recently added a slew of new charges against Tara Lee, the Macomb County mom who’s accused of promising babies that did not exist to couples hoping to adopt. When they added those charges, they also accused one of the birth moms who worked with Lee of additional crimes as well.

“The emotional toll on all this is terrible,” John Crouch told 7 Investigator Heather Catallo.

Crouch says trying to adopt a baby through Lee for the last year left Crouch and his wife heartbroken.

“We were told it was a little boy. What she always wanted,” Crouch said.

“No,” said Crouch. “The toughest part was watching my wife go through it. It tore her up, it tore her down. It took everything from her, all her energy, everything she had went into this up to this point. It was tough for me to watch because I can’t do anything about it.”

The nursery in their Fraser home is empty. And they’re not alone. FBI agents say Lee took thousands of dollars from couples across the country for babies that either didn’t exist, or she would double match couples to the same birth mom.

A federal grand jury indicted Lee on 23 counts of wire fraud and one count of aggravated identity theft.

Court records show, in April of 2018, Lee matched Crouch and his wife with a birth mother named Enhelica Wiggins, a 29-year-old woman from Saginaw. The feds say Lee also double-matched Wiggins, who was supposedly 6 weeks pregnant, with a couple from Missouri.

“When you gave Tara Lee the initial money, did you have proof of pregnancy,” Catallo asked.

“No,” said Crouch. There was really never proof of pregnancy. Just an ultrasound picture with no information.”

Because birth moms can change their mind about the adoption for up to 72 hours after giving birth, Crouch says they were hesitant to ask too many questions.

“We didn’t want to rock the boat,” Crouch said.

But after the FBI raided Tara Lee’s Home in November, he did start demanding answers. Crouch says Wiggins still wanted to do the adoption, so the Crouch’s hired a lawyer to move forward, and started picking up the tab for Wiggin’s expenses.

Crouch says they gave Wiggins another $10,000 at least. But he says Wiggins kept changing the baby’s due date and dodging a C-section that was supposedly scheduled at a hospital in mid-Michigan.

“We’re in the parking lot waiting for her to show up. And she shows up… and says, I have to drop my kid off at my moms and I’ll be right back. And that’s the last we saw of her that day. And she’s texting my wife, asking for more money. ‘I’ll come back and up there and do this if you give me more money’,” Crouch said.

Shortly after that, the feds arrested Wiggins as well, and she’s now charged with 3 counts of wire fraud.

According to the indictment, Tara Lee and Wiggins would call adoptive couples so Wiggins could pose as fake birth moms.

Wiggins is out on bond now, but her troubles are far from over. The 7 Investigators have learned, the Shiwassee County prosecutor just authorized a warrant for Wiggins, accusing her of posting sexually explicit photos of her husband’s ex. She also has a criminal history of retail fraud and other misdemeanors.

Crouch says now, he does not believe that Wiggins was ever pregnant. And he wants both Lee and Wiggins held accountable.

“I think they were a team making money for each other,” Crouch said.

The 7 Investigators have reached out to Wiggins and to her lawyer for comment on this, but we have not heard back.

Tara Lee will be in court Tuesday to ask the judge to release her from custody until her the trial begins in November. Lee was locked up in March after the 7 Investigators showed her on video violating the conditions of her bond by using a cell phone.

Stay with 7 Action News and WXYZ.com for the latest on Lee’s hearing Tuesday.